Stock markets slump around the world 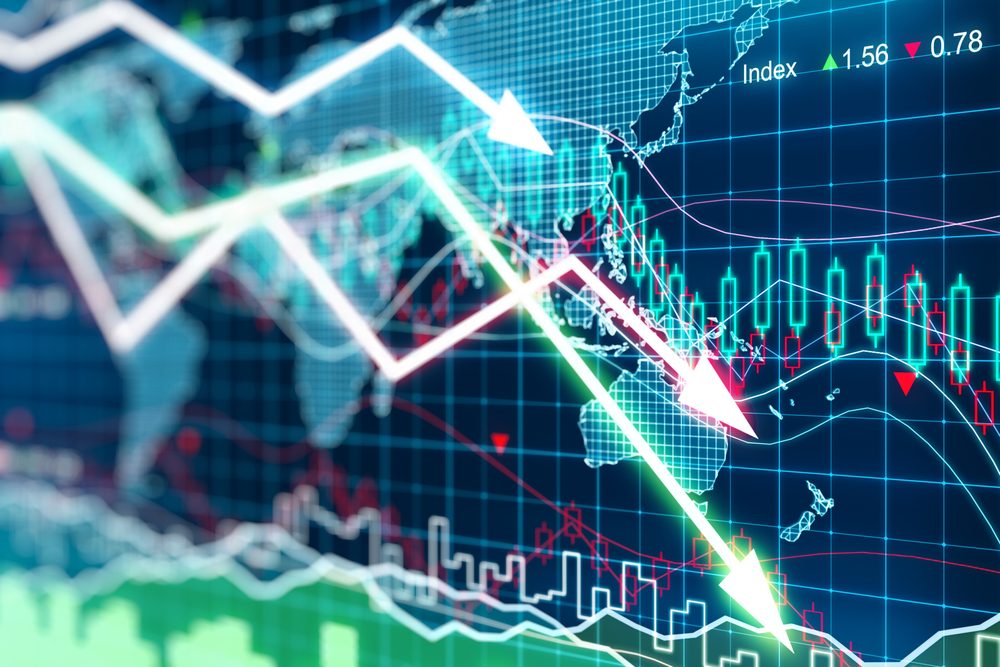 Over the past few days (weeks, months, years?!), Brexit has been dominating the headlines, but some respite came yesterday in the form of stock markets around the world. There were some significant drops in the UK, Europe, Asia and America as market confidence was shattered by reports that Meng Wanzhou, the global chief financial officer of telecoms equipment Huawei, is facing extradition to the US. The news increased concerns over the trade war clashes between the US and China, as Beijing could well renege on its plans to purchase more US goods.

The FTSE 100 fell by more than 80 points at the start of trading and took the blue-chip index of top shares in London to its lowest level in two years. In Europe, the Stoxx 600 index hit a six-week low shortly after opening, while the Dow Jones industrial average dropped by 466 points just after the opening bell rang on Wall Street. This Twitter thread explains why the arrest of Huawei’s chief financial officer matters. Interestingly, Britain’s stock market suffered its worst day since the EU referendum yesterday. It has certainly been a whirlwind few days.

With the meaningful vote now only two business days away, it is impossible to ignore Brexit-related news even if you might be sick of it by now. Chancellor Philip Hammond told MPs that the UK cannot afford the economic costs of a no-deal Brexit. He went on to say that he does not believe the UK can afford the costs to society by ignoring the result of the EU referendum. The chairman of the Conservative backbench 1922 Committee, Sir Graham Brady, said that unless May can provide clarity on how the UK can leave the backstop, the Brexit vote should be postponed.

There is still time to put currency risk management strategies in place to protect your business from any adverse market movements we could see in the aftermath of the meaningful vote. That takes place on 11 December 2018 at 7pm and is likely to last for a few hours at least. We encourage you to not leave it too late before getting in touch, but we will be extending our opening hours next week (8am – 10pm on Tuesday 11 December and 6am – 6pm on Wednesday 12 December) in anticipation of a flurry of activity as the news of the vote filters through to all of us.

In the meantime, do have a read of our recently published Brexit Scenario Analysis, as well as our Brexit Planning White Paper. Both make for interesting reading (if we do say so ourselves) and should certainly provide some food for thought. Remember – sterling lost 12 cents against the dollar the day after the EU referendum when everyone expect the remain camp to win the vote. May’s bill is unlikely to get through Parliament, but will that lead to a renegotiation or leave it dead in the water? We don’t know and neither does anybody else. Get in touch now.

If you’re tired of hearing about Brexit, then perhaps yesterday’s news provided some relief. However, it was more bad news, as the FTSE 100 suffered its worst day since the EU referendum. The British stock market closed down by 217 points, which is a 3.15% fall. That is the same drop as the day after the UK voted to leave the European Union and has wiped off around £56 billion from the value of companies in the Footsie.

Meanwhile, the Conservative MP Johnny Mercer said he would back Theresa May’s Brexit deal, becoming one of the few people to voice support for the proposals. The Conservative chairman of the foreign affairs committee, Tom Tugendhat said he too would back the deal, but he conceded he would do so reluctantly. He said he could not support a no-deal Brexit or a second referendum. It is possible that more MPs will signal their intentions in the coming days and may well go the route of Tugendhat if they believe it is the only way to prevent a no-deal.

Today we have the Halifax house price index for November, as well as consumer inflation expectations for the fourth quarter of 2018.

Although stock markets across Europe slumped, there was some welcome positive economic data from Germany yesterday. The eurozone’s largest economy has not been faring all that well of late, but there was some unexpected respite. German industrial orders surprisingly increased by 0.3% in October from the previous month, when the markets had been expecting a 0.4% drop.

Construction PMI also performed an about-turn by climbing to 51.3 in November from a seven-month low of 49.8 in October. Last month the sector stagnated, so the report of growth – albeit modest – will be of some comfort. New orders increased by the most since February 2018 and the pace of job creation also picked up. The euro made some slight gains against the dollar and lost a bit of ground against sterling on a day where the stock markets – and not the currency markets – dominated headlines.

Today we will see the industrial production figures from Germany, as well the final reading of the employment change figures from the euro area in Q3. However, the main release is the third estimate of the eurozone’s GDP growth rate for the third quarter of 2018. Both the monthly and annual figures are expected to have dropped from the previous period, which is hardly surprising given the recent data releases we have seen from across the eurozone.

The main economic data release from yesterday was the US balance of trade figures for October 2018. They showed that the trade deficit widened to $55.5 billion from an upwardly revised $54.6 billion the previous month and above market expectations of a $54.9 billion gap. It is the highest deficit since October 2008, thanks in large part to a drop in soybean sales and a surge in imports. Both factors have been hit by Trump’s trade war and that is likely to anger the tariff man.

Despite (or because of) the president’s best efforts, America’s trade gap has expanded for the last five months. It does bring into question Trump’s claim that trade wars are good and easy to win. It certainly wouldn’t be a surprise if the former reality television star did or said something regarding the trade relationship with China; the goods trade deficit with that country surged by 7.1% to a record $43.1 billion.

Wall Street tumbled, with the Dow Jones industrial average dropping by 466 points shortly after the opening bell rang. Fears of an economic slowdown and trade tensions with China were behind what proved to be a brutal trading session around the world. Composite and services PMI both came in above expectations at 54.7 in November. The markets had predicted a figure of 54.4. The ISM non-manufacturing PMI for November impressed, hitting a whopping 60.7 last month against an expectation of 59.2. Still, concerns persist over the impact of tariffs.

Initial jobless claims were slightly disappointing, as they decreased by 4,000 to 231,000 up to 1 December, when the markets had expected a steeper decline to 225,000. Still, employment is still strong in the US at present. Today we will see non-farm payrolls for November and the preliminary reading of the University of Michigan’s consumer sentiment. It is expected to dip a little to 97.0 from 97.5 the previous month.