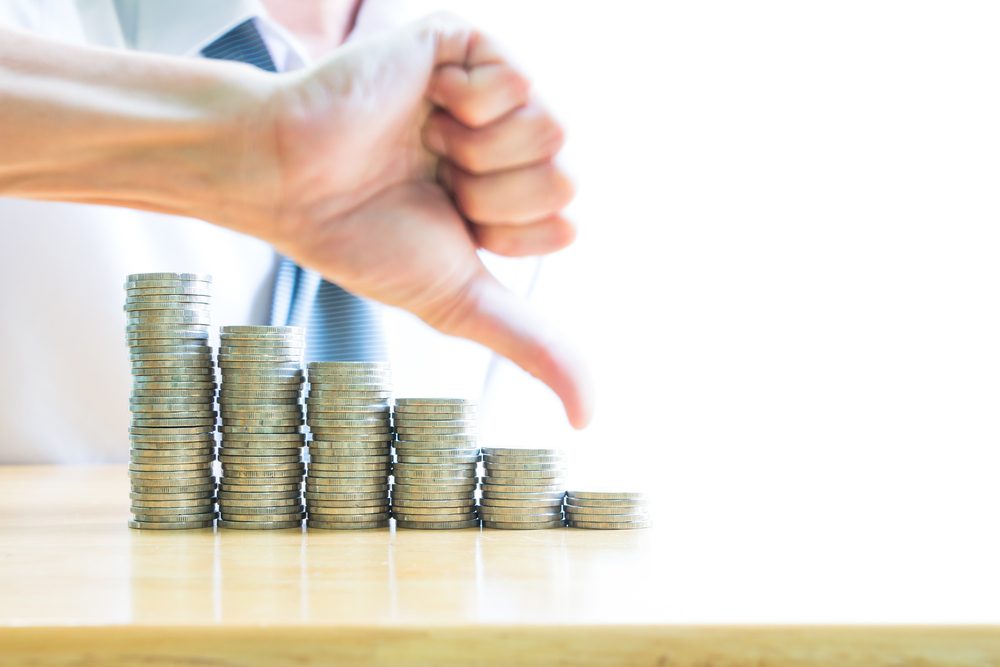 The pound dropped to a four-month low against the dollar yesterday following the Bank of England’s announcement that interest rates would remain unchanged at 0.5%. Given the raft of disappointing economic data so far this year, coupled with a dip in inflation, the markets were expecting rates to be held. The Monetary Policy Committee voted 7-2 in favour of leaving rates unchanged, with Governor Mark Carney saying the slowdown in the UK economy is the reason.

He did add that he expected the UK economy to rebound in the months ahead, and even took time to say that the period of weather that hit Britain earlier in the year was to blame. While the pound did weaken, this was less to do with rates being held and more to do with the slashing of the 2018 growth forecasts. The BoE said it now expects the UK economy to grow by 1.4% which is some way behind the 1.8% expected just three months ago.

Meanwhile, as expected, inflation in the US increased to 2.5% in April from 2.4% in March. It is the highest rate since February 2017. Initial jobless claims were extremely positive with 211,000 claiming for unemployment benefit against an expectation of 218,000. This is nearly the lowest figure we have seen for more than 48 years. Today we will see the University of Michigan consumer sentiment from the US but it is otherwise quiet.

End your week in style by downloading our latest currency forecasts. With the UK growth forecasts slashed, it is clear that the so-called experts often can’t get it right. Our currency forecasts make that point clear and the disparities between what the major banks are predicting for the next 12 months make for fascinating reading. Get hold of a copy today and pore over it at the weekend.

It wasn’t all that long ago that almost everyone thought the MPC would definitely increase interest rates when they convened in May. The economic outlook looked positive and with inflation continually outpacing wage growth, it was felt something had to be done sooner rather than later. Then came the news that UK inflation was lower than expected and Carney was in no rush to put a date on when he would vote to hike rates. Before long, the markets had done an about turn and the pound weakened against the euro and dollar.

Yesterday we finally got an end to the speculation as it was announced that the MPC had voted 7-2 in favour of keeping rates on hold. This in itself didn’t cause too much sterling weakness, but the fact that economic growth forecasts have now been cut by a whopping 0.4% in just three months has rattled the markets and the pound hit a four-month low against the dollar. It is worth noting that the pound has recovered a little overnight, but the future doesn’t look all that rosy at the moment, despite what Carney would have you believe.

We also saw the balance of trade widen to £1.9 billion which was better than the £2 billion gap the markets had expected. There are no releases today, but we can expect more reaction to the interest rate decision, as well as the economic growth forecast.

It was another quiet day for the eurozone, as news from the UK and US dominated the headlines. With the news that rates in the UK would be kept on hold, as well as the continued suspicion that the European Central Bank will extend its quantitative easing programme beyond September 2018, it is the dollar that is the most consistent performer of late.

However, as we all already know, this is not something that will panic ECB President Mario Draghi; he favours a weak euro as it helps boost eurozone export strength, which has suffered as a result of euro strength (particularly against the dollar). It will be fascinating to see what Draghi says later today when he is scheduled to give a speech. Economic data of late from the eurozone hasn’t been too disappointing, and does still show a robustness, but it does beg the question of whether the economic projects at the start of the year were a little too optimistic.

USD: initial jobless claims near a more than 48-year low

Trump’s decision to withdraw the US from the Iran deal has dominated headlines recently, but yesterday we saw some positive economic data which calmed the storm, albeit temporarily. The inflation rate for April came in as expected at 2.5%, which was a 0.1% increase from the month before.

Meanwhile, initial jobless claims came in below expectations of 218,000 by hitting 211,000. This might appear counterintuitive at first, but missing this mark is good news; the less people claiming unemployment benefit the better. The figure keeps initial claims near a more than 48-year low and is yet more positive data from the US.

Today we will the University of Michigan’s consumer sentiment for May. It is expected to have dipped a little from 98.8 to 98.5.