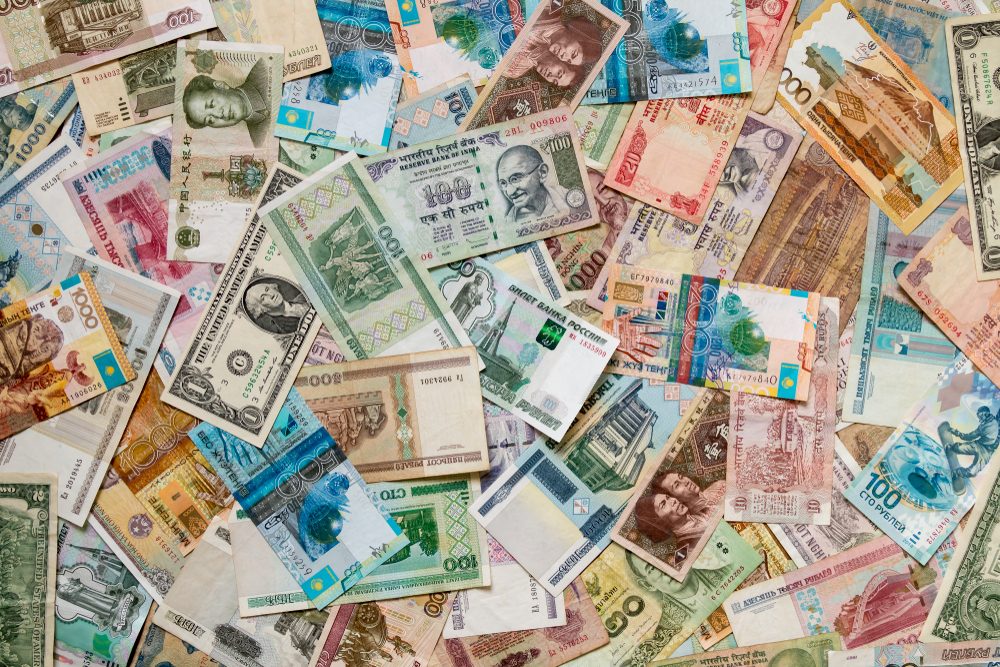 The pound performed fairly well throughout the beginning of April, but it has experienced sharp drops in the last few days following the release of poor GDP growth rate data for the first quarter of 2018. Analysts had forecast growth of 0.3% but the figure came in at 0.1%, while the year-on-year figure came in at 1.2% against an expectation of 1.4%.

In the past couple of weeks, the Bank of England Governor, Mark Carney, quashed expectations of an interest rate hike in May, saying that he ‘didn’t want to get too focused on the precise timing’ of the next rate rise. Brexit-related news continues to dominate the headlines and there are now some doubts emerging over the transition deal that looked pretty positive just a few weeks ago.

Recent political instability has not helped matters either, with Sajid Javid replacing Amber Rudd as Home Secretary following the Windrush scandal. Meanwhile, consumer confidence in the UK has risen to its highest level for 14 months which has puzzled investors, given the backdrop of negative data.

At the time of writing, GBPUSD is down by 2.1%~ since the beginning of last month. Sterling had been enjoying a positive run against the US dollar, before a sharp drop caused it to fall by 4.3%~ in the last 10 working days.

As expected, US interest rates were hiked by 0.25% to 1.75% in March and while no further increases are expected this month, the markets are still pricing in several more hikes throughout 2018. As a result, the Federal Reserve meeting’s accompanying sentiment will be critical to the US dollar’s movement in the coming days and weeks.

The threat of a trade war with China and the eurozone continues to grab headlines, as do mounting tensions with Russia and the US’s nuclear deal with Iran.

A solid GDP growth rate figure released last Friday suggests that the US economy remains on track for now, but it is still the lowest growth reading in a year.

GBPJPY is up by 1.3%~ from the start of last month, with the pairing gaining 3.6%~ before weakening in the past 10 working days.

Money has been flowing out of the JPY (which is a traditional safe-haven currency), as traders became less concerned about geopolitical tensions; this was highlighted by the historic breakthrough in North Korea and South Korea relations causing ‘risk-on’ flows in the markets.

The Japanese Central Bank left interest rates on hold at -0.10% in April, with the 10-year government bond yield target around 0%, but the central bank dropped their target date for reaching 2% inflation.

Japan Prime Minister, Shinzo Abe, has denied he was thinking of calling a snap general election, a day after a ruling party official told reporters it was an option.

GBPCHF is up by 1.95%~ from the start of last month and has had a positive run, gaining 3.7%~ before losing roughly half of its gains in the past 10 working days.

Money has been flowing out of the CHF (a traditional safe-haven currency) as traders became less conceded about geopolitical tensions – this was highlighted by the historic breakthrough in North Korea and South Korea relations causing ‘risk-on’ flows in the markets.

The Swiss Central Bank left interest rates on hold at -0.75% in March and at the next meeting in June, no change is expected. At the central bank meeting, the SNB reiterated its willingness to intervene in the foreign exchange market to ease pressure on the Swiss franc.

At the time of writing, GBPCAD is down by 2.7%~ from the start of last month. GBPCAD had a poor month, suffering losses throughout the month which were then extended with a sharp drop in the past 10 working days.

The North American Free Trade Agreement (NAFTA) negotiations are key to the CAD, with upbeat comments coming from the officials helping the currency.

GBPAUD is up by 0.2%~ from the start of last month. The pairing had traded relatively flat throughout the month of April, appreciating by approximately 1.3%~ before losing most of its gains.

Overnight, the Australian central bank left interest rates unchanged at a record low of 1.5%, stating that the policy is consistent with growth and inflation targets. Inflation remains low, with both CPI and underlying inflation running a little below 2%.

Employment has grown strongly over the past year, with employment rising in all states.

GBPNZD is up by 1.1%~ from the start of last month and has maintained positive momentum, gaining 2.2%~ though the course of the month, but has come off its peak by around 1%~.

Interest rates were kept on hold in March at 1.75% and at the next meeting in May no change is expected. Monetary policy is expected to remain accommodative for a considerable period of time.

Unemployment data came out lower than expected at 4.5% which was the fourth straight decline and the lowest jobless rate since the last quarter of 2008.

At the time of writing, GBPSGD is down by 0.6%~ from the start of last month. GBPSGD strengthened by 2.4%~ until the middle of the month when a sharp drop caused GBPSGD to fall by 3.0%~ in the past 10 working days.

The Monetary Authority of Singapore (MAS) does not control the monetary system by adjusting interest rates. Instead, it manages the Singapore dollar (SGD) exchange rate against a trade-weighted basket of currencies of Singapore’s major trading partners and competitors. At its first biannual meeting of 2018 held on 13 April, MAS unexpectedly slightly increased the slope of the rate of appreciation of the Singapore dollar policy band – effectively marginally tightening monetary policy due to increased confidence in the economy.

This confidence relates to the string of positive data released recently. In particular, the jobless rate coming out at the lowest in two years in Q1, whilst GBP growth climbed to 1.3% in Q1 – the second fastest growth rate in 13 quarters.

GBPTHB is down by 0.8%~ from the start of last month. GBPTHB had been enjoying a positive run, gaining 2.6%~ before a sharp drop caused GBPTHB to fall by 3.2%~ in the past 10 working days.

Interest rates were kept on hold in March at 1.5% and at the next meeting no change expected. The bank raised its 2018 GDP growth forecast to 4.1% from the 3.9% projected three months ago. However, it suggested growth was still in an early stage so wanted to keep monetary policy accommodating.