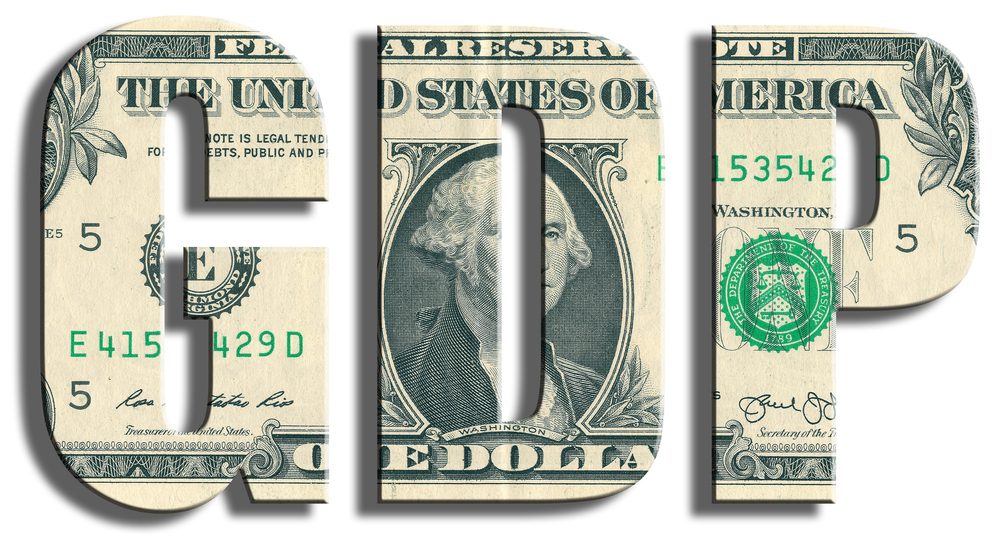 Yesterday’s key release was the final reading of the US GDP growth rate for the fourth quarter of 2017. It had been expected to come in at 2.7%, but the actual reading was 2.9% which was some way above the initial estimate of 2.5%. The reading points to more reasons to be optimistic about the US economy, although it is still a slowdown from the 3.2% growth recorded in the third quarter.

Meanwhile, the dollar continued its march by strengthening against sterling and the euro. The move is likely down to several competing factors, but it is worth remembering that, of the $5 trillion traded on a daily basis, some 98% of this flow is speculative. Why is this important and how might it affect the currency markets? Well, the simple answer is that we are approaching the end of the week, the end of the month, the end of the quarter and Easter, so investors are rebalancing their hedge ratios which has led to some strong US dollar buying.

For those clients who took advantage of some euro and sterling strength last week, these end-of-month moves won’t have a significant impact, but for those who failed to protect their foreign currency exposure the impact could potentially be quite damaging. Get in touch with a member of our team before the Easter break to see how we can help provide guidance on effective treasury management. Speaking of Easter, we will be closed for business tomorrow and Monday, but it is business as usual on Tuesday 3 April. In the meantime, do have an excellent break (or should that be egg-cellent?)!

The Confederation of British Industry (CBI) Distributive Trades Survey is an accurate measure of the UK’s retail sector and yesterday, the survey’s retail sales balance came in way below expectations. From +8 in February, it sank to -8 in March and, when you consider that a median forecast of +15 had been put forward by a Reuters poll of economists, the figure is especially disappointing.

Ultimately, it means that British retail sales fell for the first time in five months in March. It is felt that the effects of the cost-of-living on UK households bled through to the retail sales sector, but the heavy snowfall certainly didn’t help matters. When the choice is staying inside and keeping warm, or taking to the high street to indulge in a spot of shopping the decision makes itself.

Today we have the final reading of the UK GDP growth rate for the fourth quarter of 2017. It will be interesting to see whether the figure can exceed expectations like the US’s did yesterday. We will have the Nationwide housing prices for March and mortgage approvals for February. A pretty busy end to this shortened week, then.

The only release of note in the eurozone yesterday was April’s German Gfk consumer confidence. It is fair to say that there has been rather a lot of economic data from the eurozone of late that has come in below expectations, but the trend was bucked as the indicator rose to 10.9 from 10.8 in March. The markets had been expecting a fall to 10.7.

Today we are staying with Germany, as we will see the unemployment rate for March and we will also see the inflation rate. Year-on-year, prices rose by 1.4% in February and it is expected that this figure will increase to 1.7% in March.

USD: dollar continues strengthening against the euro and pound

The US GDP growth rate came in better than expected yesterday by posting 2.9% when 2.7% had been forecast by the markets. This is obviously positive news, but it is worth noting that the figure still represents a fall from 3.2% in the third quarter of 2017.

The dollar continued its positive move against the euro, sterling and a basket of other currencies as investors scrambled to rebalance their hedge ratios and get everything in place before the Easter break. It will be curious to see what happens to the dollar today.

Today we have the initial jobless claims up to 24 March and we will also see the final reading of the University of Michigan’s consumer sentiment. Next Monday, while the majority of us will be enjoying a Bank Holiday, the manufacturing purchasing managers’ index for March will be released in the US. It is expected to dip from 60.8 to 60.0.