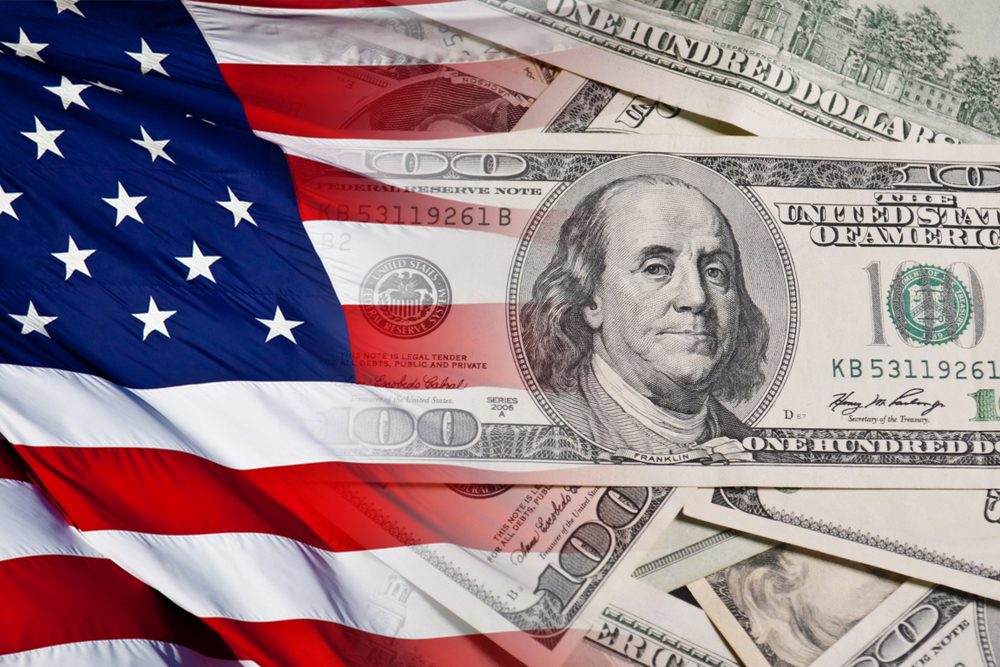 The headline release on Friday was October’s non-farm payrolls from the US. They increased by a whopping 250,000 following a downwardly revised 118,000 in September and far better than the 190,000 the markets had been expecting. Donald Trump was quick to Tweet about the numbers and used the social media platform to urge Americans to vote Republican in the midterm elections.

We also learned that wages in America grew at their fastest rate in almost a decade in September, with wages 3.1% higher than they were the same month a year ago. It is the first time since April 2009 that wage growth has been above 3% and is further evidence that the US economy is performing exceptionally well at present. The readings could not have come at a better time for the Republican party, which will no doubt use them to try and keep a hold of both houses of Congress.

Unsurprisingly, the dollar strengthened against the sterling and euro, as the pound’s decent run came to an abrupt end. Hopes that a Brexit deal can be completed soon remain high, but it wasn’t enough to help the pound rally for a third straight day. In the UK, the construction purchasing managers’ index came in better than expected in October, at 53.3 from 52.1 the month before. Analysts had predicted a reading of 52.0.

In Germany and the eurozone, manufacturing PMI came in at 52.2 and 52 respectively which were both 0.1 below what had been expected. Unemployment in the US remained unchanged at a 49-year low of 3.7% to cap a fine end to the week for America. Following the releases, ING said that as well as the rate hike in December 2019, the Federal Reserve will hike rates three more times in 2019.

Today kicks off with new car sales and services PMI from the UK. We will also see the composite, services and non-manufacturing PMI from America. The headline release for this week is the UK GDP growth rate for the third quarter of 2018. It is expected that the UK economy grew by 1.5% last quarter from 1.2% in the third quarter, so it will be interesting to see what the actual figure is.

We’ve said it once and we’ll say it again: download your free copy of our currency forecasts right this second. They should prove hugely informative and include currency predictions from some of the major banks around the world. There is also a handy summary of the previous quarter, as well as some things to look for throughout the rest of the year.

Last time around, construction PMI in the UK dropped to a six-month low of 52.1. The markets were expecting it to fall further in October to 52.0, but the reading actually came in at 53.2. Any reading that beats expectations is welcome, but the UK needed some positive news following extremely disappointing manufacturing data earlier in the week.

The pound lost some of its recent gains against the dollar, but that was to be expected given how positive the economic data from the US was. It weakened a little against the euro, but the moves were nothing to write home about.

Today we have new car sales from October, where it will be hoped there is a significant recovery from the 20.5% drop in the previous month. We will also see the Markit services PMI for last month, which is expected to nudge down a little to 53.3 from 53.9 the previous period.

EUR: manufacturing PMI not too far away from expectations

The headlines were understandably dominated by the impressive US economic data releases, but manufacturing PMI in Germany and the eurozone was released. In October, Germany manufacturing PMI dropped to 52.5 from 53.7 the previous month and just below the 52.3 the markets had been expecting. It was a similar story in the eurozone, with a reading of 52 from 53.2 the previous month and just missing expectations of 52.1.

The euro weakened against the dollar, which rallied across the board following the release of non-farm payrolls data. It made some very slight gains against sterling, but in truth the moves were marginal. It wasn’t a great week for the euro against the pound, following reports that a financial services deal had been tentatively agreed between the UK and EU. This helped support sterling on Wednesday and Thursday, where it made some significant gains against the single currency and the dollar.

There are no major economic data releases on the eurozone’s schedule today, but tomorrow we will see composite and services PMI from Germany and the eurozone. We will also see German factory orders for September which are expected to have fallen to -0.6% from 2% the previous month.

The US economy is certainly in a period of rude health at present and on Friday, we saw further evidence of this. Non-farm payrolls showed that a whopping 250,000 jobs were added in October – a significant leap from a downwardly revised 118,000 the previous month. The markets had been expecting a reading of 190,000 so it is fair to say the release absolutely smashed forecasts.

It will serve to convince investors that a December rate hike will go ahead, with talk of a further three rises throughout 2019. That would put US interest rates way above the UK and eurozone which is important for several reasons, but one in particular is interesting: should the global economy go south, the Federal Reserve have plenty of breathing room to stimulate the economy, but the same cannot be said for the central banks in the UK and eurozone. Of course, that’s not to say the economy will go south, but certainly worth considering given what a bolt from the blue the last financial crash was.

It’s relatively busy in the US today, with composite and services PMI for October set for release. We will also see the non-manufacturing PMI reading for last month, which is expected to drop to 60.0 from 61.6, but given that any figure above 50.0 shows growth, if the release falls in line with expectations, it will be extremely positive.