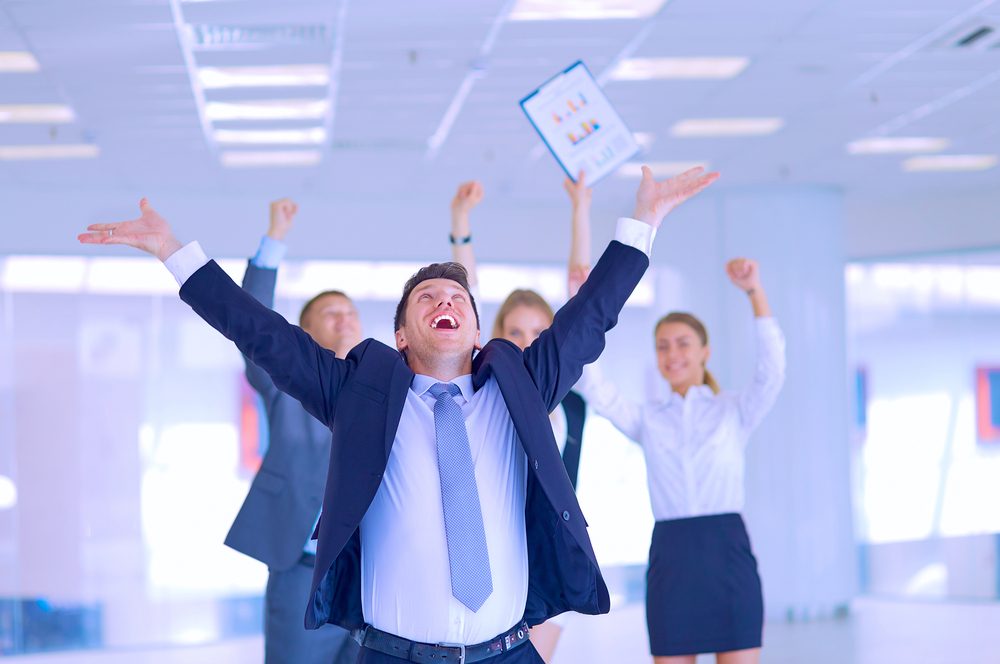 Despite continuing fears over the prospect of a no-deal Brexit, the pound strengthened against the euro and dollar yesterday, following some surprisingly positive UK pay growth data. Figures released by the Office for National Statistics yesterday showed that in the three months to August, average earnings excluding bonuses rose by 3.1% compared to the same quarter the previous year. It is the highest pay growth in almost a decade and is some welcome news for UK households who have been feeling the pinch for a while now.

Meanwhile, profits at Morgan Stanley jumped by 19% which helped stock markets rally. When Wall Street opened later, the Dow Jones jumped by 233 points to much of the recent turmoil behind it. The Dow continued to rally throughout the day and was on course for its best day in six months. However, while the news was no doubt a positive for the stock markets, Bank of America Merrill Lynch’s latest survey found that 38% of investors believe that global economic growth will decelerate in the next 12 months.

Another survey – the German ZEW economic sentiment index – came in well below expectations in October. Analysts had forecast a reading of -12, but it actually fell by 14.1 points to -24.7. It is the lowest reading since August 2012 and is the second highest fall of all time (the first was after the Brexit vote). The main issue is the ongoing trade conflict between the US and China, but fears of a hard Brexit are also weighing heavy on economic sentiment.

Today we will see the inflation rate from the UK which is eagerly anticipated, especially in light of yesterday’s pay growth figures. Last time, inflation jumped to 2.7% from 2.4%, but this time around it is expected to dip a little to 2.6%. Were it to come in above that, we could see some further sterling strengthening, as it would appear to boost the case for hiking UK interest rates earlier than previously anticipated.

Total earnings for UK workers, excluding bonuses, rose by 3.1% in the three months to August following a 2.9% rise in the previous period. Analysts had expected the figure to hold steady, but it surprisingly increased. Including bonuses, average earnings increased by 2.7%, which was better than the 2.6% expected. The news helped support the pound, which made some gains against the euro and dollar, despite continuing Brexit uncertainty.

As expected, the unemployment rate remained at 4% in the three months to August, to stay at the lowest mark since 1975. However, the number of people claiming for unemployment benefits increased by 18,500 to 943,000 in September 2018 which was higher than expectations of a 7,500 increase. Still, it was a positive day for UK economic data and let us hope that it continues for some time yet.

Today we will see the inflation rate for September which is expected to dip a little to 2.6% from 2.7% in the previous month. If it increases, we might yet see further sterling movement, as the markets would take it to mean that the Bank of England is more likely to increase interest rates.

One of the key releases from the eurozone yesterday was the German ZEW economic sentiment which dropped by a whopping 14.1 points in October. The reading of -24.7 was much worse than the -12 expected by the markets and is symptomatic of trade war fears and the effects of a hard Brexit on the eurozone economy. The ZEW index wasn’t much better in the eurozone as a whole, as it fell to -19.4 to post the weakest reading since August 2012.

The balance of trade figures were also released and showed that the eurozone’s trade surplus decreased to €11.7 billion in August from €15.24 billion a year earlier. It is the smallest trade surplus since January and could have an impact on the eurozone’s economy. We all know that 2017 was the eurozone’s year, but much of the economic growth was reliant on trade, so now that there appears to be problems, the economy is likely to be affected.

Like the UK, today we will see the September inflation rate from the eurozone. Unlike the UK, it is expected to increase a little to 2.1% from 2% the previous period. If it does, there is no cause for concern, as it will still be extremely close to the European Central Bank’s target rate of 2%. We will also see the construction output figures for August, which are expected to drop quite a bit to 1.7% from 2.6% in the previous period.

Following last week’s disappointing performance, the stock markets rallied yesterday. Around 7pm UK time, the Dow Jones was up by 471 points which was the best performance for some time. The move came as traders tried to shrug off last week’s pessimism and clung on to extremely positive profit news from Morgan Stanley.

It was also a good day for America’s factories, as US industrial production increased by 0.3% in September which was better than the 0.2% expected. It means that America’s factories have expanded their output for the fourth month in a row. We also learned that manufacturing output increased by 0.2% in September to cap off a fine day for US economic data, even if the dollar did lose a little ground against the pound.

Today’s highlight is the minute from the Federal Open Market Committee meeting and we will also see building permits for September. It will also be interesting to see if Wall Street can continue its rallying.