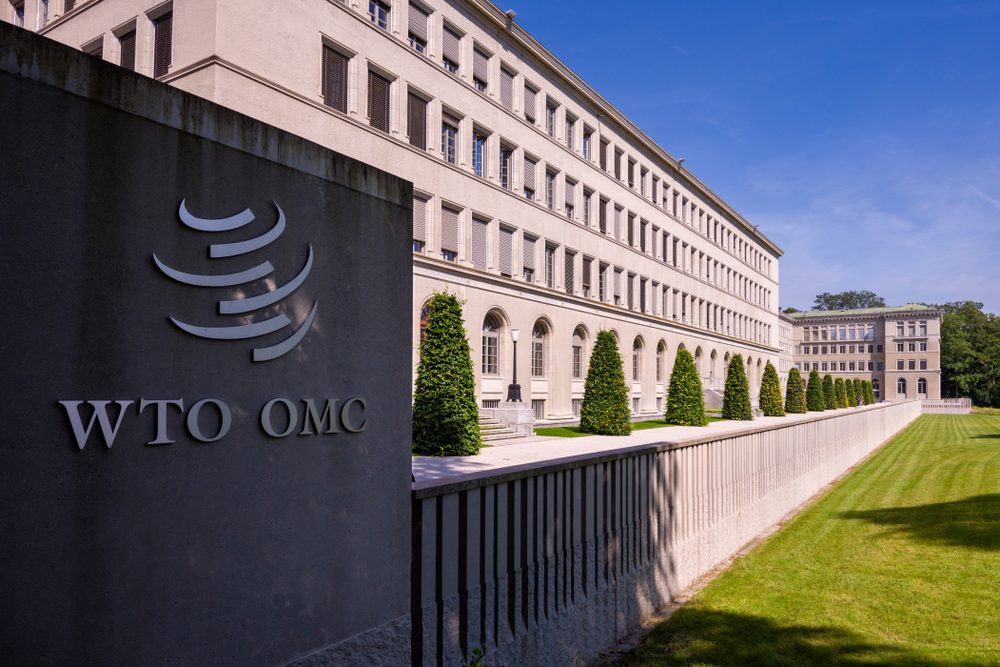 Comments made by Donald Trump towards the end of last week worried investors and markets around the world fell. The US president gave an interview to Bloomberg in which he said if the World Trade Organization didn’t shape up he would withdraw the US. In typical style, Trump also said that the agreement to establish the WTO was “The single worst trade deal ever made.”

US treasury secretary, Steven Mnuchin, later said that the idea of withdrawing was ‘an exaggeration’, but investors were still jittery. The fact Trump reiterated his desire to impose tariffs on $200 billion of Chinese imports didn’t help matters and neither did his rejection of an offer from the EU to scrap tariffs on cars if America did the same.

Throughout Friday, fears grew that Canada and the US would fail to agree a new trade deal before the deadline for a NAFTA agreement. And so it proved. On Saturday, Trump Tweeted “There is no political necessity to keep Canada in the new NAFTA deal. If we don’t make a fair deal for the U.S. after decades of abuse, Canada will be out. Congress should not interfere w/ these negotiations or I will simply terminate NAFTA entirely & we will be far better off.” According to Robert Lighthizer, the US trade representative, Trump has notified Congress that he intends to sign a trade agreement with Mexico – and Canada – within 90 days.

The currency markets were fairly sedate on Friday, with the pound still hovering around the $1.30 mark. On the economic data front, we saw the UK Gfk consumer confidence index climb three points to -7 in August, beating market expectations of -10. In the eurozone, the flash inflation reading surprisingly dipped to 2% when it had been expected to hold steady at 2.1%. In America, the University of Michigan’s consumer sentiment was revised higher to 96.2 last month which was better than the 95.5 expected.

UK MPs return from their summer recess tomorrow, but in the meantime you can take a look at a recent case study we published on our work with The Collective. It highlights the close working relationship we develop with all our clients and our productive approach to protecting budgets, profits and margins. In addition to using a spot contract, they took out a vanilla option which worked extremely well. Get in touch today to see how you can benefit from our expert guidance.

On Friday, the Gfk consumer confidence index in the UK climbed 3 points to -7 in August. This was better than the -10 the markets had been expecting which is some welcome positive news. It was a fairly quiet day for sterling, as it continued to hover around the $1.30 mark. It will be interesting to see when the next big move comes and, when it does, in which direction it will be.

Remember – the day before the results of the EU referendum, the pound was worth $1.50 at one point. It is remarkable to think how volatile the pound has been since that, with some analysts forecasting parity with the euro before the end of 2018 (they have since conceded they were wrong). The point of all this is to highlight just how important it is to put risk management strategies in place to protect your business. We are living in unprecedented times and, while periods of turbulence have always existed, the prospect of Brexit, in-fighting in the UK government and Donald Trump really do make things unpredictable.

Where were we? Oh yes – Nationwide housing prices were also released and showed that they recorded their biggest month-on-month fall in six years. Prices declined by 0.5% in August, which was the sharpest fall since July 2012. Remarkably, more than £2,200 was stripped from the typical price tag. The fall is likely driven by a decline in London prices.

Today we have the Markit manufacturing PMI figures for August. Last month, the reading came in at 54.0 which was the lowest reading for three months. It is expected to dip once more to 53.8. MPs will return from their summer recess tomorrow and we will also see construction PMI for August.

The headline release from the eurozone in Friday was the flash inflation rate for August. It is expected that it will ease to 2% in August, lower than the 2.1% that the markets had expected. We also saw the unemployment rate come in at 8.2% in July, which was the same as the previous month and in line with expectations. It is the lowest rate since November 2008.

Retail sales in Germany were extremely disappointing in July. A 0.2% fall had been expected, but sales actually dropped by 0.4%. This comes a month after a downwardly revised 0.9% rise in June. The euro didn’t do too well against sterling or the dollar, but movements were pretty quiet throughout the day.

Like the UK, we will see the Markit manufacturing PMI figures in Germany and the eurozone. Both are expected to dip a little to 56.1 and 54.6 respectively. The highlight of this week is the third estimate of the eurozone’s GDP growth rate for the second quarter of 2018. It is expected that growth will slow to 2.2% from 2.5% in the previous period.

USD: will the US withdraw from the World Trade Organization

Trump caused further controversy on Friday by threatening to withdraw from the World Trade Organization. In an interview with Bloomberg, the president said the US will quit the WTO if they don’t shape up. Quite what he means by this is currently anybody’s guess, but others were quick to dismiss the idea.

The markets were understandably jittery as a result and fell across the world. On a day dominated by headlines about Trump, we also learned that the US is to cut all funding for the UN’s main Palestinian refugee programme. Five million people are likely to be affected. A new national survey showed that Trump’s approval rating has sank to a new low. 60% of people disapprove of his performance as president.

There are no economic data releases on the schedule this week, but we will have the manufacturing PMI figures tomorrow. On Wednesday we will see the balance of trade for July and the unemployment change figures on Thursday. On Friday, the all-important non farm payrolls are set for release and are expected to have significantly increased to 190,000 in August from 157,000 the month before.