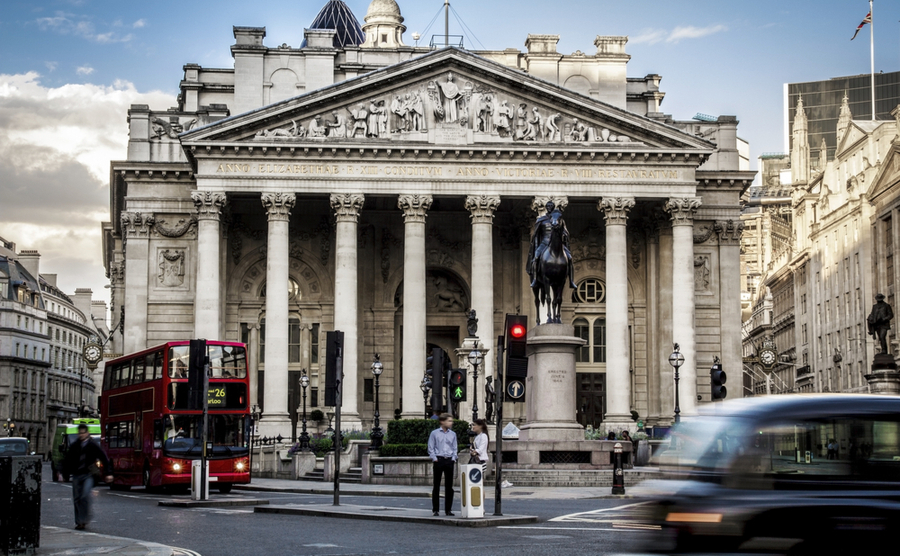 The Bank of England

Sterling lost around half a cent against the euro over the course of yesterday and remains close to its lowest point since last December.

Although GDP fell by 0.3% in April – a considerably bigger fall than expected – the ONS revealed that a large part of that decline was simply the end of the government’s Test and Trace scheme. This news settled the market’s nerves and meant the fall was smaller than perhaps it could have been.

Against the US dollar the picture was much worse, with sterling falling back to its lowest point since March 2020 and the very start of the pandemic. The US dollar’s strength has come from expectations of a strong increase in interest rates from the Federal Reserve tomorrow following Friday’s inflation data.

It’s worth noting that GBP/USD is well below the minimum prediction from major banks in our last quarterly forecast, highlighting how inadvisable it is to rely on such predictions and attempting to guess the future. It is why Smart Currency Business suggests a risk mitigation strategy.

For sterling, it’s been a week where politics and economics have both weighed on the pound.

Politically, the UK government’s sabre-rattling with the EU over the Northern Ireland protocols, with the risk of a trade war, has worried the markets. This has combined with poor recent economic data and high inflation, leaving the Bank of England with limited options for Thursday’s interest rate decision. The markets are betting on the Bank taking a dovish stance.

After yesterday’s GDP data – bad, but too bad – this morning there has been unemployment and earnings data. The results were mixed, with both being fractionally higher than expectations.

That will be it on the data front, but the real action will be around interest rates, with the Bank of England’s decision on Thursday at 12 noon.

It looks likely that a relatively dovish stance will be taken, with a quarter of a percent increase in rates so as not to risk slowing the economy more than necessary. This would nevertheless take rates to their highest since 2009. Any divergence from that has the potential to move sterling.

The euro strengthened against most major currencies yesterday while losing slightly to USD and the Swiss franc (CHF). Against the pound it is now very close to its strongest of the past year or so.

Yesterday was quiet for eurozone data, but later this morning we’ll see the ZEW Economic Sentiment Index for June in both Germany and the eurozone as a whole. Expectations are that confidence will have declined further but not at quite the rate of last month.

Other than that there are final readings for inflation in all the main EU nations coming in through the week.

USD: Dollar stretches ahead on promise of rate hikes

The dollar enjoyed another stellar day yesterday, strengthening against all but CHF as investors prepared for an interest rate decision tomorrow that is likely to be aggressively anti-inflation, following Friday’s higher-than-expected inflation reading.

Before that there will be PPI (producer prices) to consider. They rose by 0.5% in April and is running at around its highest rate for 40 years. Also tomorrow will be retail sales for May.