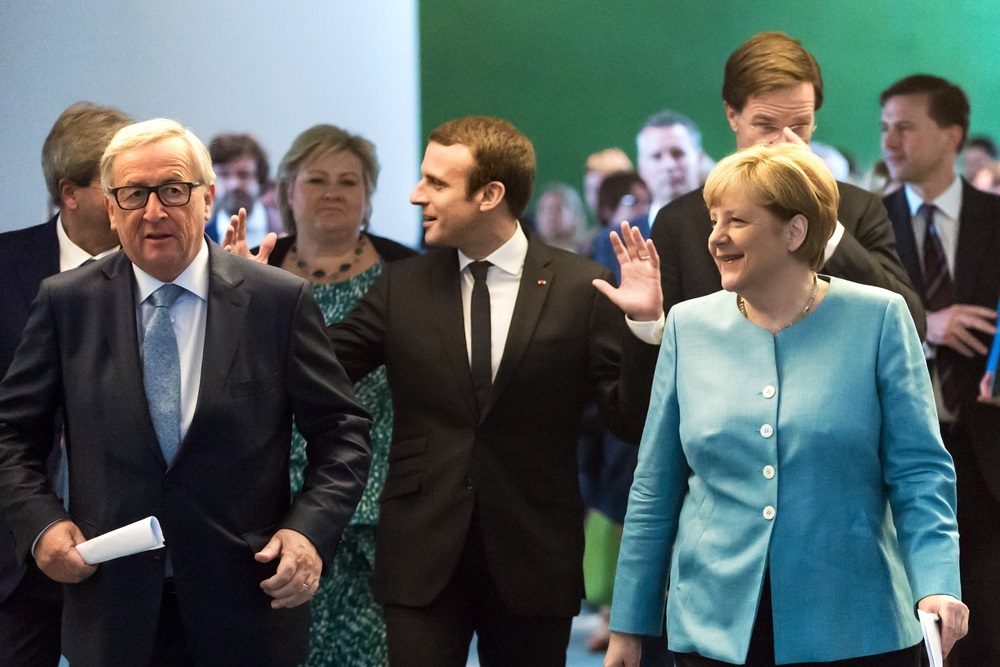 Over the weekend, EU leaders attended a Brussels summit and agreed the UK’s Brexit deal. Following 20 months of negotiations, the 27 leaders approved an agreement on the UK’s withdrawal from the EU. After less than one hour’s discussion, the leaders announced their decision, saying that it is the ‘best and only possible deal’. Theresa May later said that the UK would be better off outside the EU and that the deal delivers for the British people.

However, this does not mean that the situation has been resolved and it still looks as if the deal has little chance of getting through Parliament. The meaningful vote is expected to be held on 12 December and, if it is rejected, May would have 21 days to return to Parliament and set out how she intends to proceed. It is still possible that a general election could be called which would only add to the current spanners in the works for the current prime minister.

On Friday, former Brexit secretary Dominic Raab spoke to the Today programme and said that staying in the European Union is better than Theresa May’s Brexit deal. He didn’t quite go as far as saying he would prefer to remain in the EU, but did say that if he was presented a choice between May’s deal or EU membership, then May’s Brexit deal would be worse. As it stands, the only way for the UK to get out of the backstop arrangement is if the EU agree to it. That does seem a bizarre way to go about business, but then Raab was the Brexit secretary and would appear to be responsible for the way negotiations went.

Oil prices slumped to their lowest mark this year, with Brent crude falling through the $60 a barrel mark for the first time since October 2017. That represents a 4.5% drop in one day and is thought to be because traders believe slower economic growth and ongoing trade wars will lead to a shrinking demand for energy. It is fair to say oil prices have been very volatile in recent times and this could continue for some time yet.

With all the recent furore surrounding Brexit, we thought it was only right that we outlined our position on the UK’s withdrawal from the EU. As such, we have published a Brexit White Paper which highlights some of the key things UK businesses should be considering when preparing for Brexit. One key takeaway is that we don’t believe the risks are balanced – any weakening of sterling is likely to be more pronounced than any strengthening – at least in the short-term.

Theresa May will probably have allowed herself a brief sigh of relief yesterday, when EU leaders approved an agreement on the UK’s withdrawal and possible future relations. However, she will be aware that there is still a battle to get it through Parliament and, at present, it does not look as if it will get through on 12 December.

If it doesn’t, then Labour could well wait to see what May proposes and then table a vote of no-confidence in the hope of triggering a general election. There are growing calls for Labour to support a ‘people’s vote’ but the party is said to be keeping its options open at present.

Today begins with the UK finance mortgage approvals for October, while tomorrow we will see Nationwide housing prices for November. The week concludes with Friday’s Gfk consumer confidence reading for November, which is expected to drop to -11 from -10 in the previous period.

EUR: all PMI readings in Germany and eurozone disappoint

It was a busy day for the eurozone on Friday, with composite, manufacturing and services PMI from Germany and the eurozone on the schedule. Unfortunately, every single one of the releases came in below expectations, with some hitting lows not seen for some time. The eurozone’s composite PMI dropped to 52.4 in November from 53.1 in October, below market expectations of 53. It is the weakest pace of expansion in the private sector for four years.

Manufacturing PMI in Germany fell to 51.6 in November from 52.2 the month before and below the 52.2 expected. It is the weakest pace of expansion in the manufacturing sector since March 2016, with output growth easing to its lowest mark for more than five years. Composite and services PMI in Germany fell to 52.2 and 53.3 respectively, against expectations of 53.2 and 54.5. Manufacturing companies suffered the most, which appears to suggest that ongoing trade disputes triggered by the Trump administration are beginning to have an effect.

German GDP growth rate figures for the third quarter of 2018 were also release, with the quarterly and annual readings both coming in as expected. However, the release did show that the economy shrank in the three months to September 2018 – the first quarterly contraction since 2015. The euro weakened against the dollar in response and would probably have fallen further against sterling, were it not for continuing Brexit uncertainty in the UK.

Today we will see the Ifo business climate for November, which is expected to dip a little to 102.3 from 102.8 the previous month. There are several key releases throughout the week, but on Friday we will see unemployment and inflation rates for the eurozone.

USD: dollar ends the week on a high

Similarly to the eurozone, PMI releases from the US all came in below expectations. However, in sharp contrast to the eurozone, the readings were still largely positive and showed healthy growth. Composite PMI dropped to 54.4 in November from 54.9 in October and below expectations of 56. It is the weakest reading for two months, but is still firmly above the 50 figure which indicates growth.

Manufacturing PMI came in at 55.4 this month from 55.7 the previous month when it had been expected to hold steady, but new orders did rise the most for six months. Services PMI decreased to 54.4 from 54.8 last month which was lower than the 54.9 analysts had expected, while job creation eased to its weakest pace of growth since June 2017. Still, the dollar managed to make some healthy gains against sterling and the euro to end the week on a high.

This week begins quietly enough for US economic data, but on Wednesday we will see the second estimate of the GDP growth rate for the third quarter of 2018. It is expected to have slid to 3.6% from a whopping 4.2% in the second quarter. We will also see new home sales for October, while on Thursday, the latest Federal Open Market Committee meeting minutes will be released.