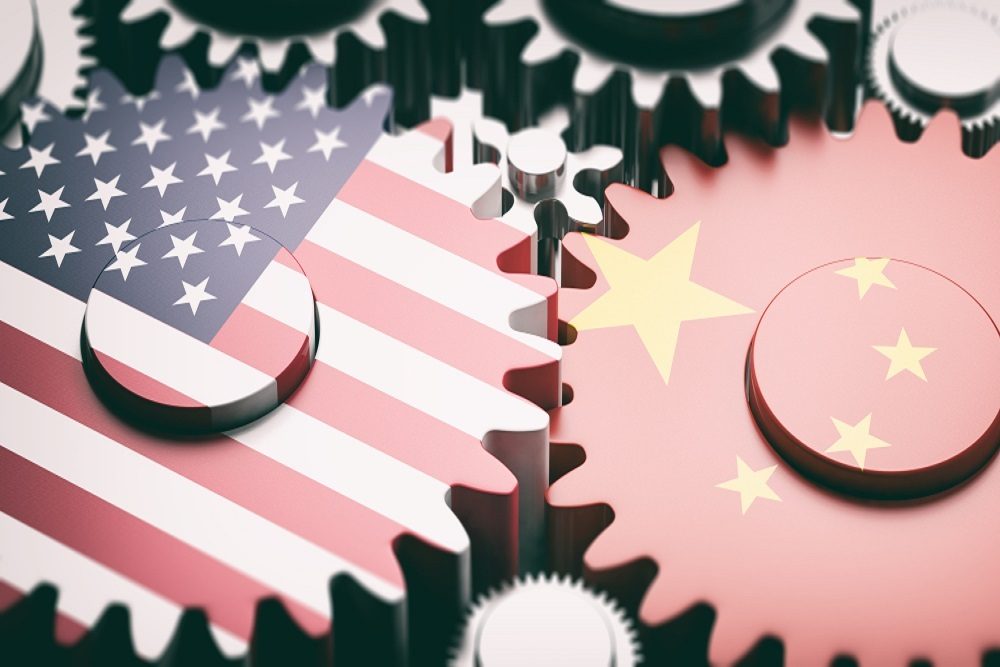 We all knew that we had not yet seen all of the potential effects of the ongoing trade war between the two biggest economies in the world and on Friday we got further evidence. Chinese economic growth in the third quarter of 2018 slowed to its weakest rate since the financial crisis and is expected to slow even further in future months. Economic growth of 6.5% might look healthy when compared with the UK, US and Europe, but it is the slowest rate since we were embroiled in the financial crisis in the first quarter of 2009.

It will be interesting to see how China’s economy looks in the next few quarters and whether other countries will be affected. Business confidence across Europe has waned in recent months over trade war fears and it is unlikely that any country will emerge unscathed. Once Trump put the wheels in motion, it was always going to be difficult, if not impossible, to pull back. We might have to wait until Trump has left office.

We heard yet another car marker issue a hard Brexit warning, with Toyota saying that a no-deal Brexit must be avoided at all costs. The president of the Japanese car manufacturer, Akio Toyoda, said “It is necessary that an unimpaired trade environment between the United Kingdom and the European Union be maintained and that the automobile industry’s activities remain predicated on shared standards, including those regulating vehicle certification.”

This week’s highlights include the European Central Bank interest rate decision (although it is the press conference that will likely be more interesting), the US GDP growth rate for the third quarter of 2018, and the release of the next in our series of quarterly currency forecasts. They’re pretty much done and we will be sending a link out this week so you can all grab hold of your very own copy. In the meantime, take a look at some case studies we have recently published and, if it’s your sort of thing, why not follow us on LinkedIn?

September’s public sector net borrowing figures were released on Friday and showed that borrowing was £4.1 billion last month, which was less than the £4.5 billion analysts had predicted. The deficit shrank considerably to £-3.26 billion from £-4.76 billion in the previous month and much better than the £-4.60 billion the markets had expected.

It is the lowest borrowing for the month of September since 2007 and ultimately means that, halfway through the fiscal year, borrowing is £10.7 billion less than in the same period in 2017. As the last set of readings before Philip Hammond presents his budget on 29 October, now might be the time for him to start putting some cash into the system. Theresa May declared that austerity was over, but there has been debate over how the money will be found. Perhaps Hammond will give us all a bit of a bonus just before Christmas.

There are no major economic releases from the UK, eurozone or America today, but tomorrow we will see the CBI business optimism index and industrial trends orders. The latter is expected to hold steady at -1. Wednesday sees the finance mortgage approvals for September and that’s pretty much it for the rest of the week. Brexit will likely continue to dominate sterling movements as well as the headlines.

The euro enjoyed a fine end to the week on Friday, by making some healthy gains against sterling and the dollar. Wednesday and Thursday losses against the dollar encouraged traders to take their profits before the weekend. The dollar will likely bounce back, especially with the ongoing concerns with the Italian budget row and possibilities of a no-deal Brexit.

There was only one release of note on the schedule, in the form of the current account for the eurozone, which showed a narrowed surplus of €20.5 billion in August compared with €34.7 billion in the same month the previous year.

Tomorrow we will have the flash consumer confidence reading for October, which is expected to slide to -3.1 from -2.9. On Wednesday, we will have a raft of purchasing managers’ indices from Germany and the eurozone, and on Thursday we will have the European Central Bank’s interest rate decision. While there will be no rate hike, it will be interesting to see if there is any change in sentiment.

The only release of note from the US on Friday was existing home sales, which were very disappointing. Sales of previously owned houses slumped by 3.4% in September, following a revised 0.2% drop in August and far worse than an expected 0.7% decline. It is the smallest posting since November 2015, with one reason being a lower number of properties were for sale which pushed prices up.

The dollar suffered some relatively big losses against the euro and lost some ground against the pound too. When I say relatively big, I mean in the context of recent moves between the pairing. However, the move largely came about as a result of profit taking, so it is reasonable to expect the dollar will bounce back soon.

Things don’t really get going in America until Wednesday, when we will have composite, manufacturing and services PMI for October, as well as new home sales for September. On Wednesday, durable goods orders for September are released, as well as the next instalment of initial jobless claims. Then on Friday, we have the highlight of the week – the GDP growth rate for the third quarter of 2018. It is expected to dip to 3.3% from 4.2% in the second quarter.