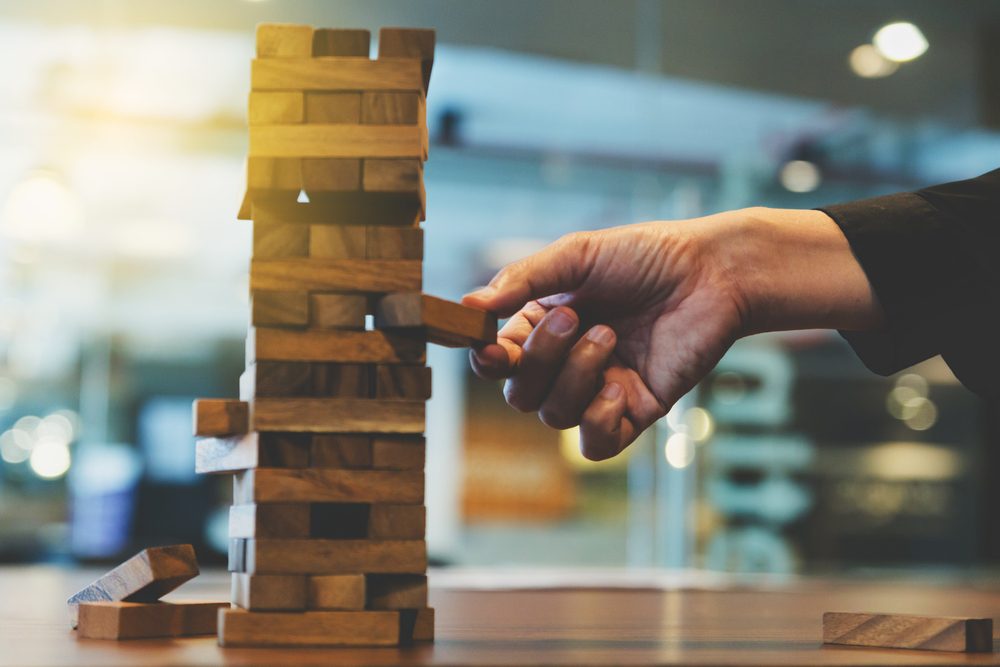 The pound began Friday by hitting a six-week high against the dollar, as investors remain optimistic about the UK agreeing a deal with the EU. However, as the day wore on, it fell back a little. Last week was dominated with Brexit-related news, with 28 no-deal planning documents revealing some of the potential impacts of a no-deal Brexit. While it is true that there is still an element of government infighting over the best route forward, the EU looks increasingly open to agreeing a deal before the deadline.

However, it would be irresponsible to think that a deal will definitely be reached and, when you consider that some analysts believe that the pound could fall as much as 8% the day after a no-deal Brexit is announced, it clearly makes sense to put risk management strategies in place. If you are a client of ours, you’ll no doubt be aware of our budget, risk, solution (BRS) approach, but for those of you who aren’t well-versed, it bears repeating.

Put simply, we believe the BRS approach is the most effective to determine each client’s requirements. We work with our clients to understand their business’s budget rate and what foreign exchange they’re exposed to. Then we try and determine how currency volatility had affected them in the past and what risks are attached to their foreign currency exposure. Once we have established this, we are in a position to discuss potential solutions and how best to protect profit margins. To find out more, please do give us a call or email one of the team today.

The UK economy is in better shape than first thought, with GDP growth accelerating to 0.6% in the three months to July 2018. The Bank of England and European Central Bank voted to keep interest rates on hold, while inflation unexpectedly fell in America. This increased concerns that the Federal Reserve won’t increase rates when they convene on 26 September 2018. Still, it is expected that rates will be hiked by 25 basis points and there is currently a 84.2% chance of an increase in December.

This week’s highlights include the eurozone’s inflation rate for August, with the UK’s scheduled for release on Wednesday, and we will also see a raft of purchasing managers’ indices on Friday.

GBP: British Steel to axe up to 400 jobs

Friday was quiet for economic data in the UK, although BoE governor Mark Carney did deliver a speech in Dublin. The day before, Carney had talked about how a no-deal Brexit could be as damaging to the UK economy as the global financial crisis. Investors either didn’t believe him, or were confident the UK will agree a deal, because the pound climbed to a six-week high against the dollar.

We did hear the unfortunate news that British Steel is cutting up to 400 jobs, citing the weakness of the pound as a chief reason. The raw materials the company use are all traded in dollars, so the weakening of the pound and the euro has affected their budgets. I wonder if British Steel have thought about hedging their exposure?

It is an extremely quiet start to the week for UK economic data, but on Wednesday we will see the inflation figures for August, as well as the retail price index for the same month. Inflation is expected to fall to 2.4% from 2.5% the month before which would confirm wage growth is outpacing inflation at the moment.

The euro lost some ground against sterling and the dollar on Friday, but the moves weren’t all that significant. The eurozone’s balance of trade figures were released and showed that the surplus declined to €17.6 billion in July from €21.6 billion a year earlier. This was below the €18 billion surplus the markets had expected.

We also saw the wage growth figures for the second quarter of 2018, which showed an increase of 1.9% year-on-year, from 1.8% in the previous period.

The eurozone’s inflation rate for August will be released today. It is expected to have dipped to 2% from 2.1% the previous month.

The US retail sales figures for August were released on Friday and came in below expectations. New data showed they rose by just 0.1% last month when analysts had forecast a 0.4% increase. It is the smallest gain for six months. However, it wasn’t all bad, as July’s figures were revised up to 0.7% from 0.5% (although you could argue this makes the drop even more alarming).

The other key release was the University of Michigan’s consumer sentiment index which showed that US consumers are more optimistic. The reading jumped to 100.8 in September from 96.2 the previous month and well above the 96.7 expected. It is the highest reading since March and is the second-highest level reached this year. The dollar made some gains against sterling and the euro but movements were fairly muted throughout the day.

There’s nothing of note on the schedule from America at the beginning of the week. On Thursday we will see existing home sales for August and initial jobless claims up to 15 September. Last week, they hit their lowest level since December 1969 so it will be interesting if the latest figures can beat that.