European Parliament Elections – what outcomes could we see? 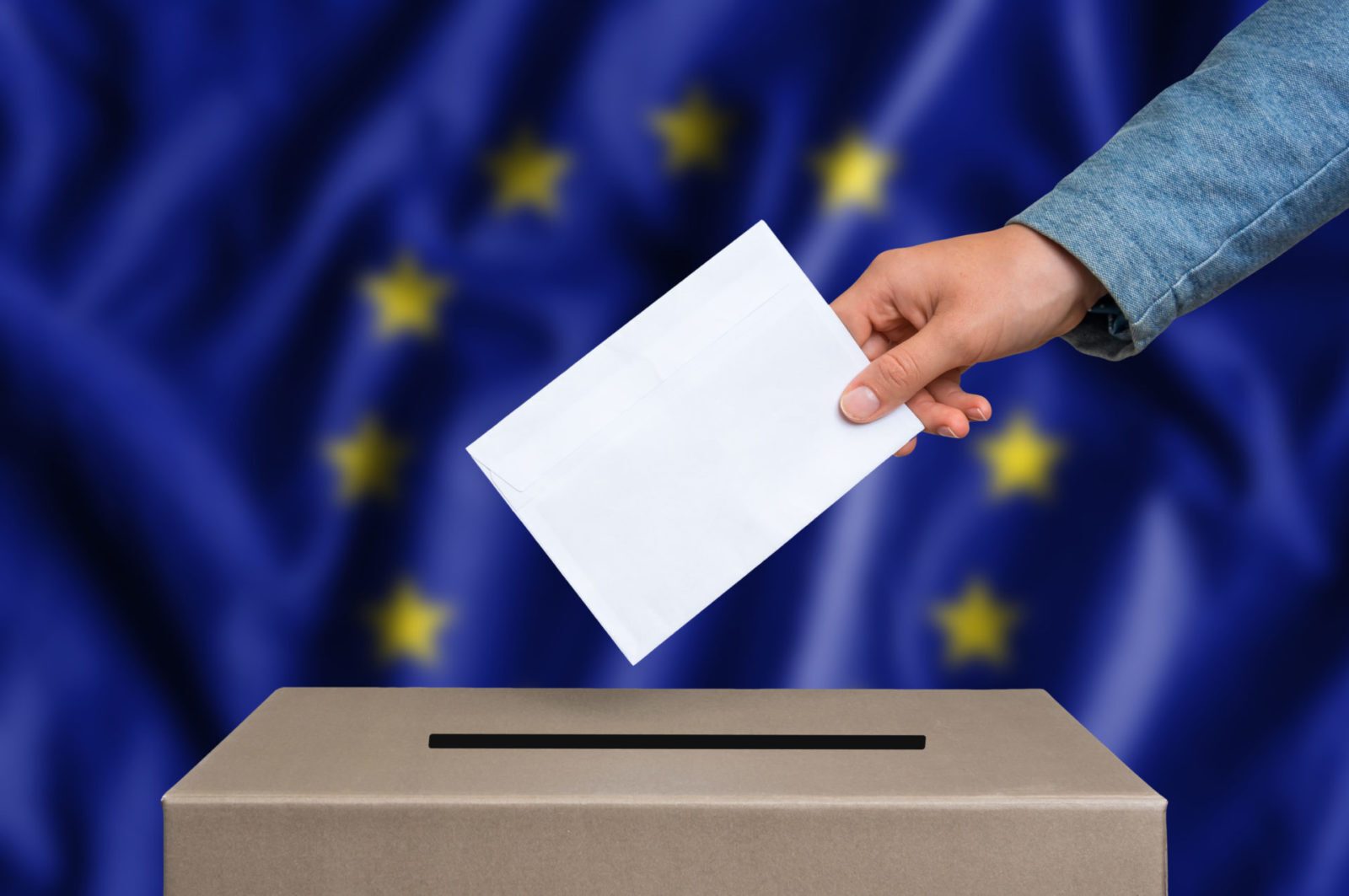 We are now fast approaching the European Elections, an event we identified as potentially risky for the European zone and the single currency some months ago. There is no doubt that the threat from populism is stronger than ever and that the foundations of centrist politics in Brussels could be shaken severely.

The risk and challenge to the political status quo from populism has been building over the last few years, starting with the Brexit referendum in the UK and culminating in the Ukraine elections a couple of weeks ago.

A rise in populism

There’s no denying that the UK Government has handled Brexit poorly, to say the least. However, the farcical stalemate of Brexit has made people even more cynical about Brussels and the bureaucracy it represents and upholds. The fact that Nigel Farage is expected to do so well speaks volumes about the likelihood of a strong protest vote.

Vlodomyr Zelensky, a comedian with no political experience (apart from the fact he plays a President in a TV comedy show) took a staggering 73% of the vote in the Ukraine elections. He had very little in the way of policies or a manifesto, yet won his support with a simple pledge to ‘clean up’ Ukrainian politics. It is also worth noting that he beat Petro Poroshenko, who had been in power since 2014. It seems that Poroshenko’s major downfall was failing to deliver on his campaign slogan from 2014,  ‘Live in a new way!’, as well as an inability to move away from the old guard of politicians and businessmen in Ukraine – a message worth bearing in mind for those in Brussels.

The Ukraine elections saw far more of a genuine populist vote than the one that brought Emmanuel Macron to power at the head of the ‘movement’, ‘En Marche!’ Macron was always an establishment politician, having been a senior minister in Francois Hollandes party and an investment banker with Rothschild & Cie before that. The French President is seen by many as being aloof and disconnected from the people, a criticism frequently levelled at European MP’s. For Macron, this is coming home to roost as his policies are proving unpopular and the protests of the ‘gilets jaunes’ are inspiring more and more people across the country, and continent, to consider a populist vote.

It was notable recently that at a rally of European politicians from the far right wing, the predominant theme was one of independence from, rather than inclusion in, the EU. The message was about sovereignty and freedom, with Brussels criticised time and time again as being the threat rather than the solution.

This isn’t surprising considering that the gathering was made up of Nationalist parties. The likes of Marine Le Pen and Geert Wilders were in attendance, and a video message from the Italian Interior Minister and former MEP, Matteo Salvini, featured. All of these figures are running in the upcoming elections, so we are likely to hear comments like ‘an undemocratic super state’ and ‘the dictatorship of the unelected’ over the next couple of weeks. Nationalist parties also take the stance that the EU is ‘soft’ on immigration, which could provide a strong advantage. Here in the UK we are only too aware of what an emotive subject immigration can be with voters.

There was also the news that the fiercely pro-independence former leader of Catalonia, Carlos Puidgemont, will also be allowed to run in the elections. He is likely to be arrested if he returns to Spain and, ironically, he currently has refuge in Belgium. In a further twist, there’s also the question of how he could function as a Spanish MEP, given that he refuses to recognise the Spanish constitution.

We have already seen a move away from centrist government in many European countries. In Austria, the far right already share power. In Hungary, Viktor Orban won a third term in office last year, fuelled by a campaign presenting him as the ‘defender’ of Hungary and rhetoric about immigration. In Spain, long a socialist stronghold, they have just elected far right politicians from the Vox party for the first time since their return to democracy in 1975. In Germany, the Alternative for Germany (AfD) is the official opposition, having begun life as an anti-euro party. Further north in Scandinavia, both Sweden and Finland have anti-immigration parties in second place.

All of this comes at a time when the European economy is slowing. Germany in particular has been hit hard by the impact from lower Chinese demand. Sales of German cars have collapsed, taking Manufacturing PMI’s for the largest economy in Europe down to levels which suggest a recession is just around the corner.

French budget deficits are only going to widen as the giveaways from Macron will feed into public finances over the next 12-18 months. Finally, in Italy, which has arguably the most frightening level of debt in the whole of Europe, the refusal from the Italian Government to impose austerity measures means it is almost certain that the budget deficit next year will exceed 3% of GDP, making repayments harder going forward.

The Eurozone still shoulders a large debt burden, an increasing worry as tax revenues fall. The ECB has been forced to keep borrowing costs low to help out European companies and banks, but as they issue new debt, foreign investors could be less and less inclined to keep financing the continent.

The impact of more populists at the European Parliament and their influence on future budgets or legislation should not be underestimated. Mario Draghi has been saying for years that there is a limit to what the ECB can do, telling Governments throughout Europe that it was up to them to shoulder some of the burden, and yet it has fallen on deaf ears. The President of the ECB leaves his post later this year having navigated the world’s largest trading zone through some incredibly choppy waters. Will his replacement be up to the task ahead of them?

The possible effect on the EU

It is now confirmed that the UK will be taking part in elections for a body it is attempting to leave (yet more irony). So as the 23rd of May approaches, there is significant risk of both a dilution of the centrist politics that has held the EU together since its inception and more specifically, a shift to the right on the political spectrum.

With a less collegiate lobby, policy-making could be incredibly hard at exactly the time it will be most important. Without the larger economies able to subsidise the poorer ones, and with the loss of the UK contribution, Europe’s financial health is set to deteriorate. The EU is already notoriously slow at coming to and implementing decisions, and that’s when they all agreed with each other! Politicians, and by extension politics, could therefore begin to look very different for Europe.

How can Smart help?

Perhaps it should not be surprising that more and more companies in the UK, especially those that trade with Europe, have been experiencing slowdowns which have worsened in the last few weeks particularly. The lower economic activity in Europe and the ongoing hiatus from Brexit are proving to be a toxic combination for business.

This week it looks most likely that the Conservative and Labour parties will be forced to announce that they have not managed to find a deal they can agree on, kicking the can further down the road to October 31st. Just when businesses need clarity, they are being let down by politicians. They are then left wondering what the best way forward is.

Here at Smart, we keep in constant contact with our clients, assessing the changing conditions and reviewing the impact on their businesses. Our approach is geared around finding the best solution rather than fitting for a product, allowing us to consider a full range of alternatives. If your turnover is lower going forward then flexibility of hedges will become more important. Or, maybe reduced cash flows are the biggest worry and our ability to find the right financing strategy through our Business Services division would be interesting to you. No matter what the challenges to your business, Smart is well placed to support you through the coming months.