US proposes new round of trade talks 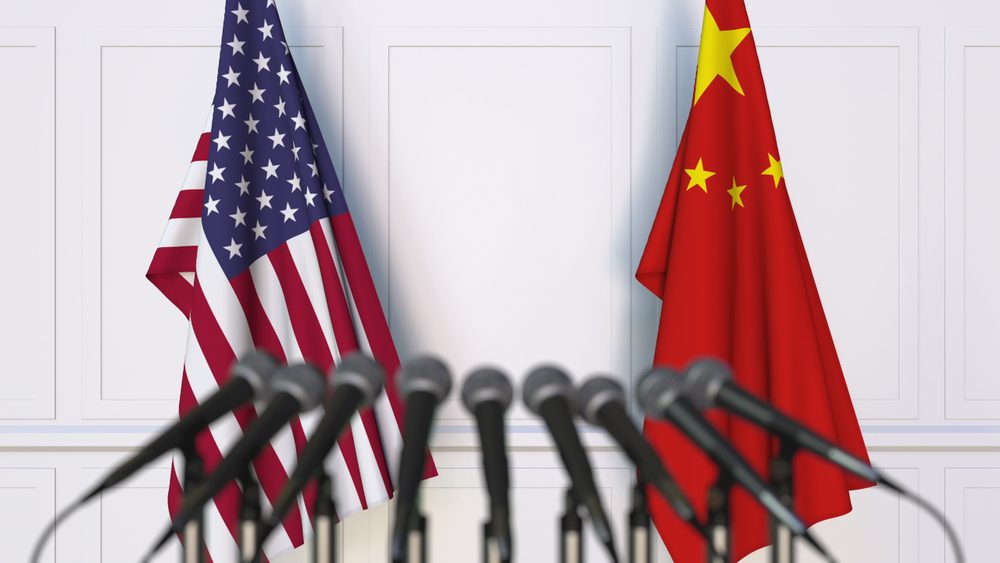 There were some shocks on the markets yesterday, with the Chinese stock market hitting its lowest level since January 2016. While Xi Jinping was in Russia with president Vladimir Putin, Chinese stocks tumbled as a result of Trump’s tariffs. During yesterday’s meeting, both Putin and Xi hit out at US trade policies and the fact the two leaders have come together to speak out suggests Trump’s protectionist policies are bringing other nations closer.

Perhaps this was related to reports we saw yesterday afternoon which claimed the US is proposing a new round of trade talks with China. Details are fairly thin on the ground at the minute, but perhaps the crisis that everyone has been fearing for some time now can be averted. Last time they met nothing much happened, but fresh talks could lead to a breakthrough. The outreach is firmly on the part of the US which is certainly a change in tack and one that will likely be received warmly.

Currency movements were relatively sedate yesterday, but that wasn’t entirely unexpected given how quite the economic data schedule was. Indeed, the only release of note was July’s industrial production figures from the eurozone, which came in worse than expected. Year-on-year, industrial production fell by 0.1%, following a downwardly revised 2.3% growth the previous month. Analysts had expected a 1% increase. It is the first output contraction since January 2017.

Month-on-month, output shrank by 0.8% which was the same pace as in June and worse than the 0.5% drop the markets had been expecting. Still, the release didn’t affect euro movements all that much in truth, but it certainly will be hoped that the trend doesn’t continue for too much longer.

In sharp contrast to yesterday, today’s schedule is extremely busy, with both the European Central Bank and Bank of England announcing their interest rate decisions. Rates will be kept on hold this time around, but the markets will be looking to accompanying sentiment for hints on future policy. It will be especially interesting to see how the Monetary Policy Committee vote; last time the vote was 9-0 in favour of hiking rates, so how many will vote to hike rates to 1% this time around?

While we await the central bank meetings, why not treat yourself to a free copy of our Treasury Management White Paper? It’s full of useful titbits and provides a broad overview of some of the things to consider if you’re a UK SME with exposure to foreign currency. Feel free to get in touch to let us know your thoughts.

GBP: EU won’t get divorce payment in event of no deal

With no economic data releases from the UK yesterday, attention turned to political events. In the prime minister’s questions, Theresa May told MPs that if the UK leaves the EU without a deal, the EU won’t get the £39 billion ‘divorce payment’ that has previously been agreed. It is still unclear what the UK’s legal obligations to the EU are, but May implied that without a deal, the EU will not be getting the full amount.

Meanwhile, the hard Brexit European Research Group accused May of failing to challenge the EU on the Irish border issue. The in-fighting looks as if it is going to continue for some time yet, especially as May is insistent that the Chequers plan is the best hope of securing a deal with the EU.

The highlight from the UK today is the BoE interest rate decision. It is pretty much certain that rates will be held at 0.75% although we might see some policymakers voting for a hike. The 9-0 vote in favour of hiking rates last time around was surprising, so will there be some in favour of hiking to 1%? We will find out around 12pm.

On an otherwise quiet day for economic data, industrial productions figures for July were released from the eurozone. Both the year-on-year and month-on-month readings unexpectedly fell and came in below expectations.

This could be a sign that trade war fears are having a real bearing on the eurozone’s economy. With that in mind, EU leaders will probably be delighted to hear that the US is proposing a fresh round of trade talks with China.

Germany’s inflation rate for August will be released today, with analysts expecting it to remain at 2%. We will also see the ECB’s interest rate decision (rates will be held), as well as the press conference. With quantitative easing set to end after December, it will be interesting to see if there are any further indications over future policy.

USD: there could be fresh trade talks with China

Yesterday afternoon, we saw reports that the US is on the brink of proposing a fresh round of trade talks with the US. It marks the first time since Trump’s tariffs came into play that the US has reached out to negotiate, rather than the other way round. It remains to be seen whether the proposal is an olive branch, but it certainly feels that way at the moment.

The outreach to Beijing is reportedly being led by treasury secretary Steven Mnuchin, which is both good and bad. The positive is that it is a step in the right direction towards reducing the risks of a full-blown trade war, but it is negative that Mnuchin might be going it alone. If Trump does not agree to a softening of the US approach, then it is unlikely anything will happen. We will have to wait and see.

It has been a relatively quiet week so far for US economic data, but today we will see the inflation rate for August. It is expected to dip a little to 2.8% from 2.9% the previous month. We will also see initial jobless claims up to 8 September 2018 – claims are expected to climb a little higher to 210,000, although recent releases mean it wouldn’t be a surprise to find claims have dropped further. Last time around, they hit their lowest mark since December 1969.