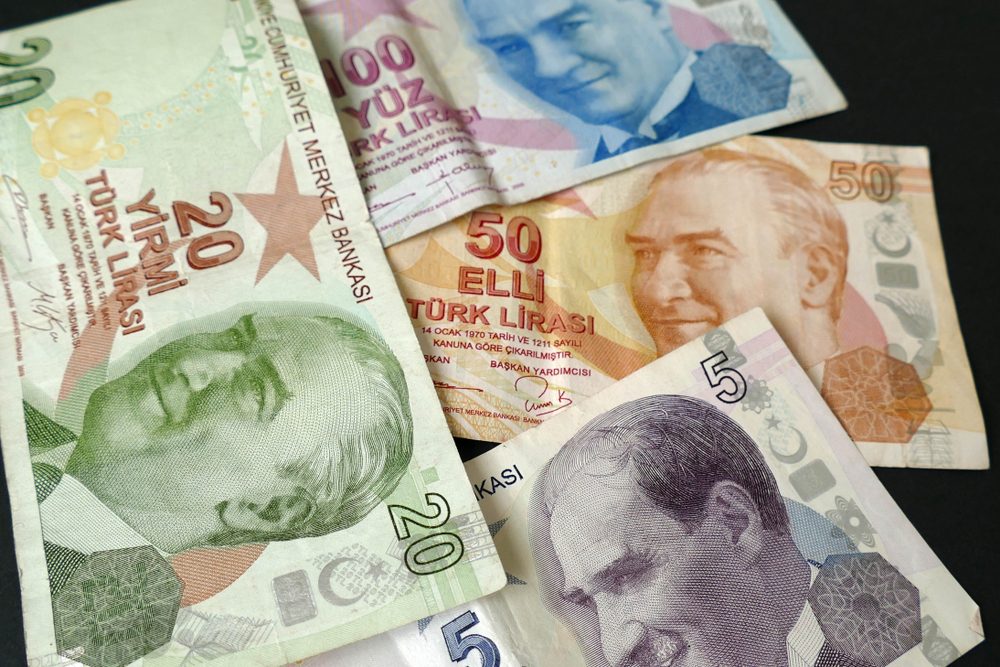 The Turkish lira continued to dominate the news on what was a very quiet day for market data.

On Monday, the Turkish central bank in Ankara (CBRT) announced that it would “take all necessary measures” and to provide “all the liquidity the bank’s needs” to keep operating but ignored calls to raise interest rates. The latter decision was not a huge surprise as Turkey’s President, Mr Erdogan believes high interest rates only profit the “interest-rate lobby”, whilst calling the lira’s recent turmoil a “storm in a tea cup”.

Mr Erdogan has accused the US of seeking to “stab it in the back” following the sanctions the US imposed on Turkey in relation to the on-going dispute surrounding a US preacher imprisoned in the country.

The increased tensions and US sanctions on Turkey and Iran drove money into safe-haven assets such as the US dollar and Japanese yen as investors looked to reduce their risk. An effective risk-management strategy is essential when dealing overseas, especially in such uncertain times, so speak to one of our traders today to understand more how you can reduce your risk.

With no significant data released form the UK, sterling took a bit of a breather from the on-going political uncertainty and was relatively flat against the dollar on Monday, hovering close to the 11-month low we saw last week, whilst trading in a narrow range against the euro in what was a surprisingly quiet day for the pound.

Today we see the release of some key data from the labour market. The Average Earnings Index will likely draw the closest attention from investors as the Bank of England use wage growth as an important indicator when deciding on their next interest rate decision. Alongside this we see data showing the change in the number of people claiming unemployment-related benefits during the previous month, whilst forecasts suggest that the overall level of unemployment will likely remain at 4.2%. Later this week we will also see retail sales and inflation data released. Outside of this, any news relating to Brexit will likely cause a reaction in the market.

EUR: contagion fears from Turkey ripple through the euro

The euro fell to a 13-month low vs the dollar on Monday as the market grew concerned there could be some spill-over of the Turkey crisis increased some pressure on the euro, whilst staying relatively range-bound against sterling.

USD: the dollar remains strong due to safe-haven flows

The dollar remained strong on Friday as investors moved their money into safer-haven assets, making significant against Emerging Market Currencies with contagion fears spreading due to the ongoing crisis in Turkey.

The greenback also hit fresh 13-month highs vs the euro and remains close to its 11-month high against the pound.

It is due to be a quiet day on the data front in the US with just some figures showing late mortgage payment set to be released. Outside of this, the market will play close attention to the developments between the US and China/Russia/Iran and Turkey – whilst any tweet from Mr Trump has the ability to cause significant action in the markets.