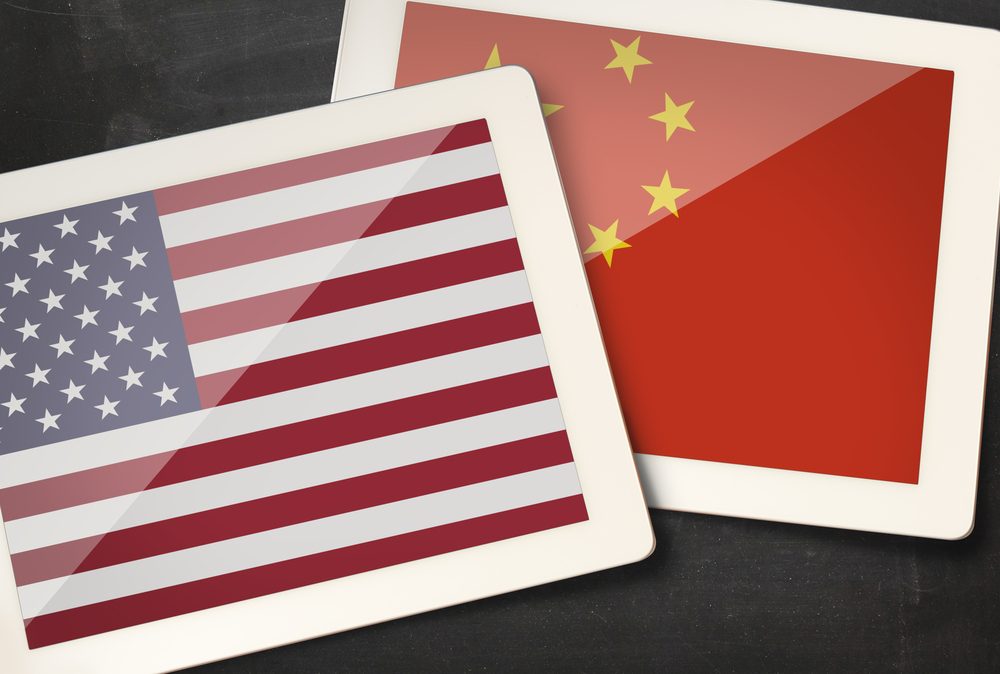 It was another eventful day yesterday as Trump threatened to impose a fresh wave of tariffs on Chinese imports. In a series of events that many people feared, Trump was clearly angry with China’s promise to enact retaliatory measures and directed the US Trade Representative to prepare new tariffs on $200 billion of Chinese imports.

Remarkably, Trump said “These tariffs will go into effect if China refuses to change its practices, and also if it insists on going forward with the new tariffs that it has recently announced.” It is faintly surprising that he didn’t expect any retaliatory measures and the tit-for-tat battle doesn’t quite yet appear to be over either; China responded by accusing Trump of blackmail and promised strong countermeasures.

Stock markets around the world suffered losses as the news filtered through and a global trade war now looks a distinct possibility. In uncertain times like these, investors tend to look for a safe-haven asset and, somewhat ironically, they piled into the dollar. A basket of currencies around the world dropped against the dollar, with sterling hitting a seven-month low against the greenback.

It is worth adding that the pound has not been helped by the ongoing Brexit saga, with MPs set to vote on the Brexit bill later this evening, and the remote chances of an interest rate hike when the Bank of England meet on Thursday hasn’t helped matters either. We are in for a fascinating few days and there are plenty of reasons to be worried about the way exchange rates will move.

With that in mind, what better time to protect your company’s budget, margins and profits? Our team of experts are perfectly positioned to offer your business guidance on the best way to mitigate the inherent risks of foreign currency exposure. Further significant moves in the coming days are not out of the question, so get in touch with our team today and secure some peace of mind in these troubling times.

As Trump stoked fears over an impending global trade war once more, sterling found itself in the highly undesirable position of hitting a seven-month low against the dollar. The pound has been struggling for some time, and uncertainty over the future of the Brexit bill has weighed heavily on the minds of investors.

However, the escalating trade dispute is likely the major factor behind yesterday’s moves, although the fact that the Bank of England is due to convene on Thursday to announce its interest rate decision on Thursday likely played a part. The markets are currently pricing in less than a 40% chance of a rate hike, although there is around an 80% chance of a hike before the year is out.

Today we will see the CBI industrial trends orders for June which are expected to pick up a little from the previous reading, but all eyes will be on the Brexit bill debate in the House of Commons later this evening, as well as the aforementioned rate decision tomorrow.

The only release of note from the eurozone yesterday was the construction output for April. The figure had been expected to increase to 2% from an upwardly revised 1.2% the month before. However, year-on-year, the figure actually came in at 1.8%. While output increased in Germany and France, it fell in Spain.

Movements between the euro and sterling were fairly minimal, but the euro weakened against the dollar, which posted a good day against a basket of currencies. The single currency dropped to fresh 2018 lows against the greenback and the question really is when the bottom will come. Comments made by the European Central Bank last week have not helped matters but economists appear to believe that the weakness is a correction and the euro could soon bounce back against the dollar.

It is another quiet day for the eurozone, but the ECB President, Mario Draghi, is set to deliver a speech. The rest of the week is a busier affair, so it will be interesting to see how the euro responds to those data releases.

Overnight, Trump threatens China with a fresh wave of $200 billion tariffs and throughout the following day, the stock markets slide. That is how much influence this man has on the world at present, and you do have to wonder where it will all end. However, the dollar did rally against sterling and the euro, reaching fresh 2018 highs against the single currency and its highest mark against the pound since November 2017.

The release of the building permits data was at odds with the dollar’s moves, as they fell by 4.6% in May against expectations of a 1.4% slide. On a more positive note, housing starts jumped by a whopping 5% month-over-month following a downwardly revised 3.1% drop in April. It is the highest rate since July 2007.

Today we will see existing home sales and the Federal Reserve Chair, Jerome Powell, is set to deliver a speech. However, the headlines will likely be dominated by the most powerful man in the world.