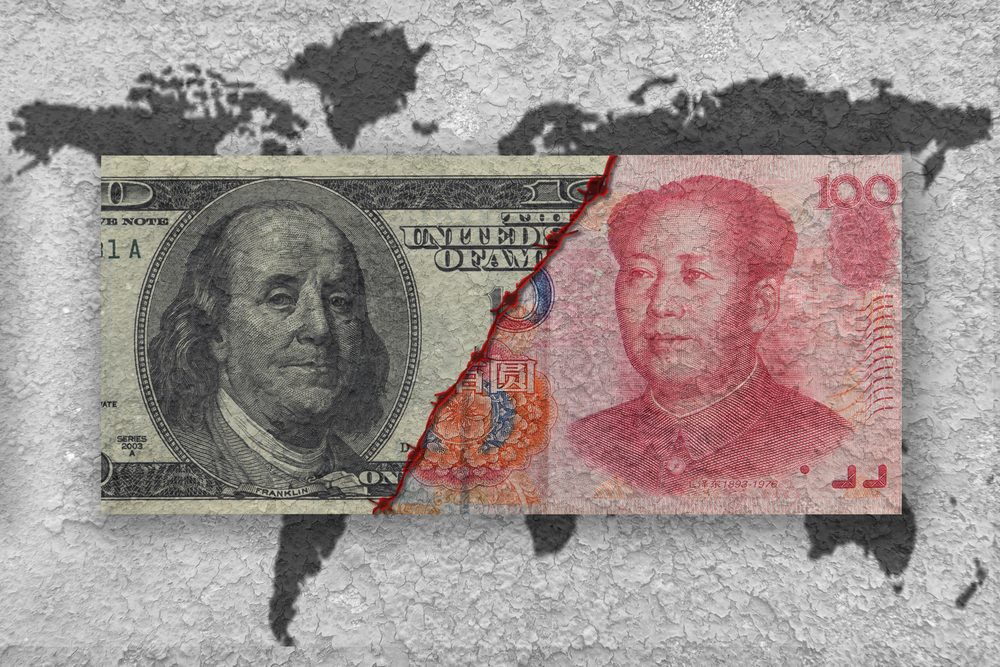 Another day, another resignation from the Trump administration. On Tuesday evening, Trump’s top economic adviser Gary Cohn quit following reports he was vehemently opposed to the proposed tariffs on steel and aluminium imports. It is all so bewildering. It is difficult to see why Trump has embarked on a nationalist trade agenda, especially as nobody can really expect to benefit from the proposal.

There are now genuine fears that a trade war could be triggered; if the tariffs go ahead, then it follows other countries will impose their own tariffs on imports from the US. Once one domino topples the whole structure collapses. It is possible that Trump will sign off the decision to impose 25% tariffs on steel and 10% on aluminium, even as the whole world appeals to his better judgement. Perhaps he simply has no judgement, better or otherwise.

The European Commissioner Cecilia Malmström stated that the tariffs are an attack on America’s friends and it is difficult to not be alarmed by language such as this. Yet Trump remains defiant and has Tweeted he is already looking to appoint a successor to Cohn. We can expect some movement in the currency markets over the coming days as investors try to make head or tail of the situation.

However, fret not! You can protect your business’s exposure to currency volatility through effective treasury management solutions. Our team is on hand to talk you through the options available to you and, importantly, work closely with you to understand your specific situation before providing bespoke guidance. Do contact a member of our team today if you have any questions.

It was an extremely quiet day for UK economic data yesterday, as talks of a possible trade war dominated the headlines (and the markets). However, we did see the Halifax house prices which came in above forecast. They went up by 1.8% year-on-year in the three months to February against an expectation of 0.6%.

Although the figure still represents a pretty weak pace of growth, it is thought that the low mortgage rate environment and a shortage of properties for sale will continue to support prices for at least the next few months.

In other news, the Chancellor Philip Hammond issued a warning to the EU that a ‘fair and balanced’ deal must include financial services. Speaking in Canary Wharf at HSBC’s headquarters, he said that the government could reject any Brexit trade deal not including financial services. We will have to wait and see if the EU takes the unprecedented step of bowing to our demands rather than the other way round.

As talks of a trade war intensified across the world, the third estimate of the eurozone’s GDP growth rate for the fourth quarter of 2018 slipped under the radar somewhat. Both the month-on-month and year-on-year figures came in as expected, at 0.6% and 2.7% respectively. Across the whole year, the eurozone’s economy grew by 2.3% which was slightly below earlier estimates of 2.5%, but much improved from 1.8% in 2016. The economic recovery continues.

The euro started the day by climbing higher against the US dollar and sterling – at one point it reached its strongest level against the pound since November 2017 and some market analysts suggested that because the euro is holding steady at the top of its five-month channel against the pound, a significant move stronger could be on the cards. However, sterling and the dollar managed to retrace their losses in what proved to be a volatile day for the single currency.

Today we have the European Central Bank’s interest rate decision which is expected to remain at 0%, but the press conference could be the bigger talking point. What will President Mario Draghi say? Will he allude to future monetary policy? Will he change tack and strike a hawkish tone? Or will he simply say that it is possible the current commitment to buy €30 billion of bonds every month until September 2018 will be extended?

Donald Trump appears to be relatively nonplussed about the trade war fears he has sparked for no real fathomable reason. His nationalist trade agenda appears at odds with almost everyone who advises him and experts from all countries around the world.

Meanwhile, the US trade deficit came in worse than expected to post its biggest trade gap since October 2008. Imports remain at a record high while exports fell. The figure had been expected to widen from $53.9 billion to $55.1 billion, but it actually came in at $56.6 billion in January 2018.

There was some positive employment data though, as private businesses in the US hired 235,000 workers in February against an expectation of 195,000. Employment appears to be booming at the moment in the US, but a trade war could impact the whole world in various ways. Let us hope that this does not materialise.