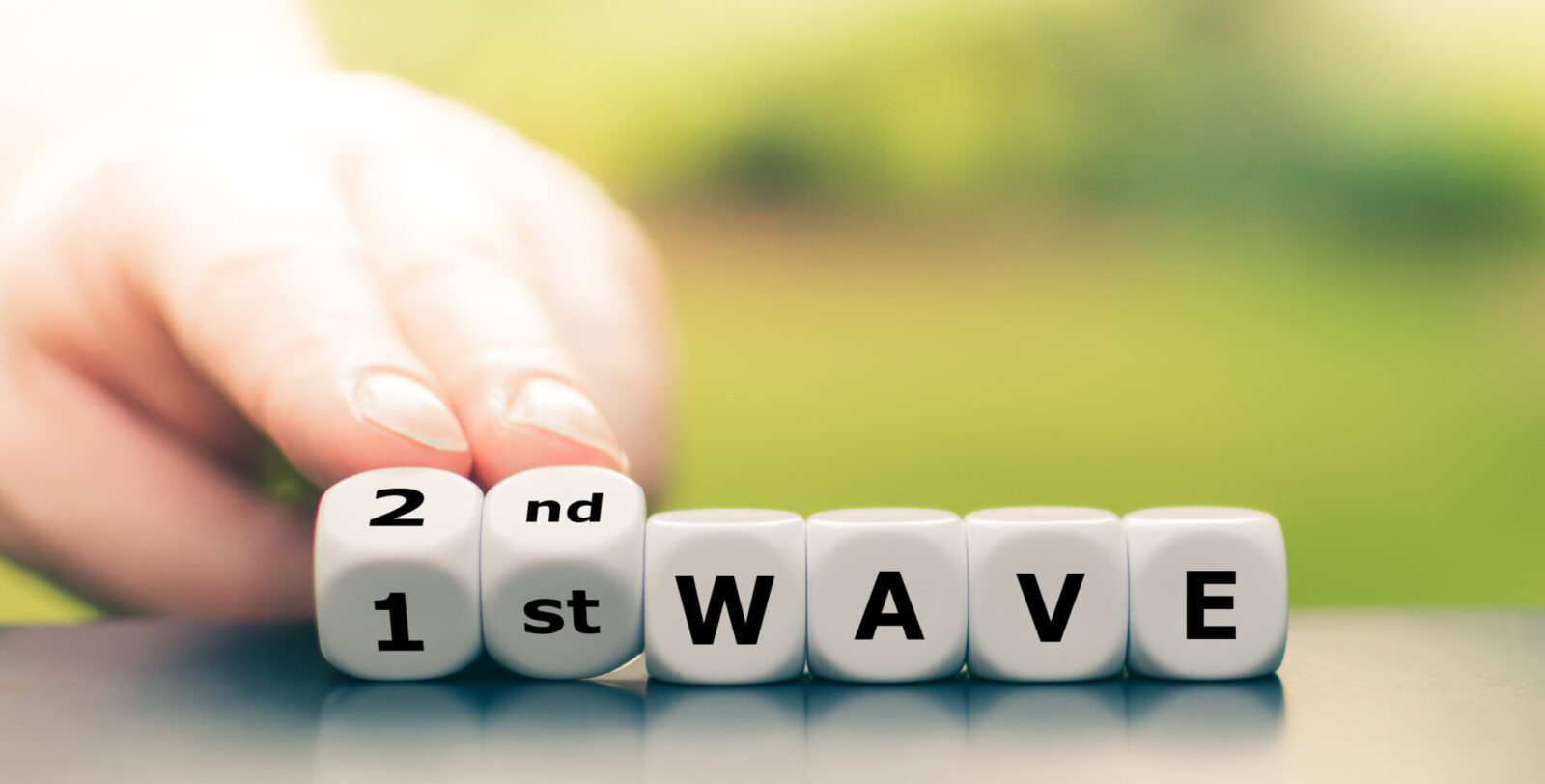 Negative rhetoric surrounding Brexit negotiations and fears of a second wave, provoked by a letter from top medics, weakened the pound yesterday. This morning, sterling is up slightly against the euro and the dollar but retains a softer tone as the stock markets fell overnight.

The US announced that it would impose more tariffs on EU goods, causing the euro to weaken briefly yesterday. The dollar strengthened, benefitting from its safe-haven status as some US states reported an increase in coronavirus infections.

We could be starting to see the light at the end of the tunnel however, we can’t predict currency movements in the coming days, weeks or months. Ensure that your business is protected by locking in a forward contract. Contact your Business Trader on 020 7898 0500 today.

The pound is, once again, moving in tandem with the stock markets, which fell overnight due to fears of a second coronavirus wave. However, sterling is slightly stronger against the euro and dollar this morning. Talk of a renewed shut down in the US due to an increase in infections has created negative market sentiment.

Despite performing well at the beginning of the day due to positive economic data, the pound weakened yesterday afternoon against both the euro and the dollar. This was due to Brexit news and fears of a second coronavirus wave.

EU’s chief negotiator said on Wednesday that agreeing on a Brexit trade deal by the end of this year was possible, but Britain needs to give clear signals it is ready to work towards one. Negotiations are due to continue in July, however, sticking points remain on both sides.

After Boris Johnson announced the easing of lockdown restrictions at the beginning of the week, top medics signed an open letter on Wednesday in the well-regarded British Medical Journal warning of the risk of a second wave.

The euro took a brief knock yesterday as President Trump announced that the US would be placing more tariffs on EU goods. The US said it is considering placing tariffs on $3.1BN worth of exports from the European Union – including the UK.

This is part of an ongoing dispute between the two nations, which resulted in the WTO allowing the US to impose tariffs on the EU last year. It could pave the way for an ongoing tit-for-tat trade war, similar to the US-China dispute.

The German consumer confidence index was released this morning, coming in at -9.6. This beat expectations of -12 and showed that both economic and income expectations improved, as well as propensity to buy, following the gradual lifting of restrictions.

The dollar strengthened yesterday as fears mounted over the possibility of a second wave. Several US states have rising infection rates, with Arizona, California, Mississippi and Nevada reporting record numbers of new cases of COVID-19.

Typically, the US’ currency rises in times of crisis due to its status as a ‘safe-haven’ asset.

Concerns about an increase in tariffs also boosted demand for the greenback. The US announced that it would be introducing more tariffs on European products as part of the ongoing Airbus dispute. The US also said that it would review existing tariffs.

There will be a series of data releases for the US today, including GDP figures.