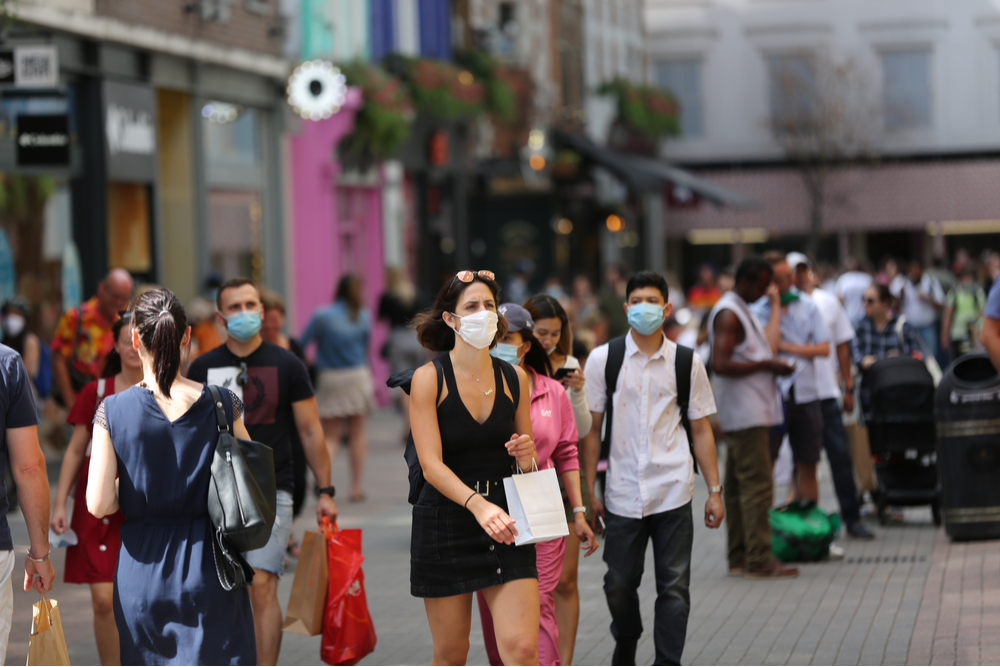 The pound has strengthened against the euro and is volatile against the dollar this morning following data releases from the UK and US.

UK GDP data released earlier showed that the UK economy grew by 7.5% in 2021, the fastest annual rate since the Second World War, despite the pressures of the Omicron variant.

In the US, inflation reached a 40-year high which has further increased expectations that the Fed will raise interest rates in March. One Fed official also expressed support for a March hike yesterday.

Meanwhile, in the eurozone, the European Commission has adjusted some of its forecasts as soaring energy prices and inflation continue to weigh on the economy.

The pound has strengthened against the euro and is volatile against the dollar following record US inflation figures and several UK data releases.

GDP figures reveal that the UK economy grew by 7.5% in 2021. This was the fastest annual growth since the 1940s and made the UK the fastest growing member of the G7 countries last year. However, the UK still remains “middle of the pack” in terms of pandemic recovery having seen a sharper downturn in 2020 than its G7 peers.

Tensions on the Ukrainian border continue to rise with Prime Minister Boris Johnson warning that Europe faces its “biggest security crisis” for decades.

The euro is weaker against the pound and the dollar this morning, mainly due to dollar strength.

The European Commission has reduced its growth forecast for 2022 to 4.0%, down from the November prediction of 4.3%. This is largely due to soaring energy prices and inflation weighing on growth.

The commission also raised its forecast for inflation to 3.5%, far higher than the November forecast of 2.2% and the European Central Bank’s target of 2.0%. Nonetheless, it still expects inflation to decline in 2023 to 1.7%.

Despite increasing expectations of an interest hike from the Central Bank, ECB official, Philip Lane, yesterday suggested that a hike was not necessary, saying “bottlenecks will eventually be resolved, price pressures should abate and inflation return to its trend without a need for a significant adjustment in monetary policy”.

The dollar saw a boost yesterday following higher-than-expected inflation figures and hawkish Fed comments but is volatile against the pound this morning.

Inflation came in at 7.5%, the highest in 40 years, as the cost of living in the US continues to rise. This has increased expectations that the Fed will raise interest rates in March, potentially more aggressively than first predicted.

In addition, St Louis Fed President James Bullard raised concerns over this soaring inflation, saying that he would support a rate hike in March.

Other data yesterday showed that fewer Americans were filing for unemployment last week. Later today, we will see the University of Michigan consumer sentiment index which is expected to increase slightly in February and also the Fed’s Monetary Policy report.