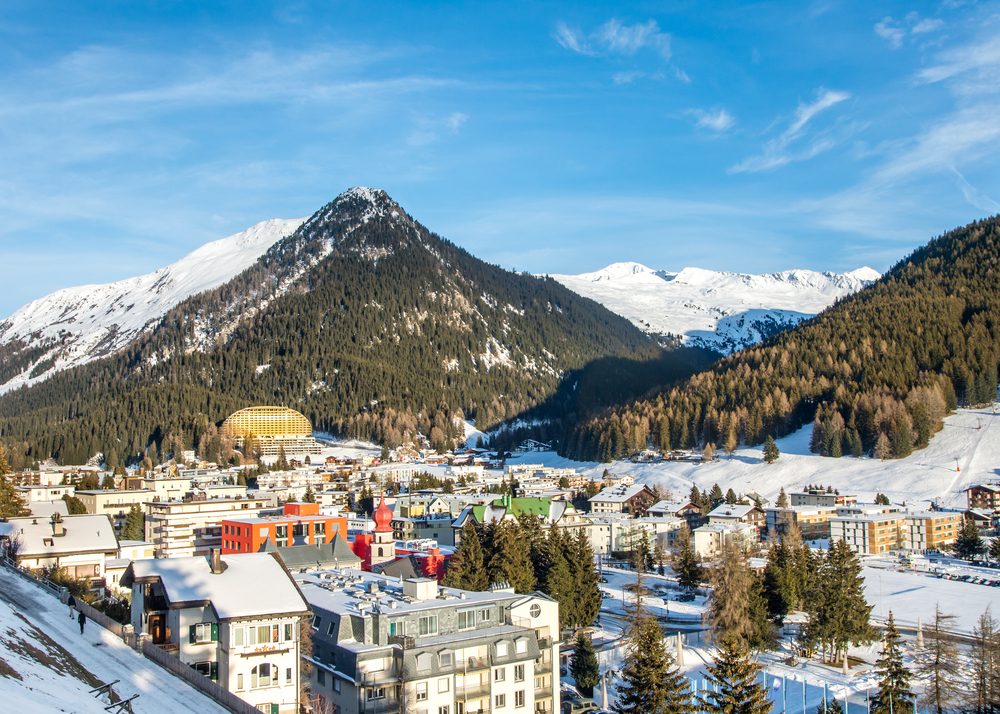 It was a warmer week for the pound (sterling, GBP) as the world’s financial chiefs enjoyed the snows of Davos for the World Economic Forum.

Theresa May’s Brexit bombast hit a Europe already suffering uncertain economic data and a lack of action from the European Central Bank. Taken together it saw the pound move higher while the euro (EUR) went sliding down the nursery slopes.

President Obama is able to leave office today with jobless numbers at their lowest for decades and house-building shooting ahead – what a difference from eight years ago. The dollar (USD) failed to capitalise on this success as the market prepared for President Trump.

GBP: Will sterling end the week higher or will retail sales data undermine it?

Reviewing the week, it has been a positive for the UK, which has been reflected in the sterling exchange rate which is up over 2.5% against the US dollar. This reverses some pessimistic views last Friday and over the weekend.

Economic data was stronger than expected. The Consumer Price Index (CPI), the Bank of England’s (BoE) preferred measure of inflation, pushed to 1.6%, more than expected. Following on from this was the labour data. Unemployment in the nation fell to 1.6 million in the three months up to November. This is the lowest number in over a decade, with the unemployment rate remaining steady at 4.8%. In addition, average earnings for the same period increased by 2.7%. This is important in relation to inflation and how this impacts the economy. Given the news on Brexit, it will be interesting to see if this trends continues.

The key event for the week, responsible for the majority of sterling gains, was the speech from Prime Minister Theresa May with regards to Brexit. While the lion’s share of the information was already in circulation, it was the tone and more collaborative stance of May that helped sterling rally. At the World Economic Forum at Davos she went on to comment that the UK is open for free trade. There has been criticism, both home and abroad, of May’s stance, so uncertainty will remain a constant threat with regards to political developments. We now at least know what the government is pushing for.

Looking to the last trading session of the week, we have another high tier data release from the UK. This time it is the retail sales numbers, a key economic reading because consumer spending makes up a large proportion of the Gross Domestic Products (GDP) numbers.

The Eurozone has seen a busy, if a slightly mixed, week in terms of economic indicators. Monday saw the Eurozone’s trade balance come in better than expected, but Tuesday saw the ZEW (Centre for European Economic Research in Mannheim) release its widely respected Economic Sentiment data for the Eurozone and Germany – with both figures under-performing against expectations (Germany’s Current Conditions did beat predictions, however). Consumer price data showed prices rising as expected in Germany and the wider single currency bloc.

Yesterday was the busiest day of the week, and as well as the data from France, Spain, Ireland and Portugal, the European Central Bank (ECB) kept both its Interest Rate and its Deposit Facility Rate unchanged (at 0% and -0.4% respectively). The ECB’s chief Mario Draghi called for his critics to show patience, as he also kept the Central Bank’s quantitative easing programme at current levels. The cautious tone of the ECB left the euro vulnerable, and we saw it weaken to a 10-day low against the pound and to its lowest point in the day against the dollar, following the ECB press conference.

Today sees the week come to a relaxed close, with only lower-tier data releases from Greece and Belgium, as well as Germany’s producer price data.

The US dollar strengthened against most currencies, following the US Labour Department’s announcement that jobless claims are the lowest in decade and the rate of home building increased by more than expected. The dollar fell slightly against the pound, however, and against the euro it strengthened briefly before fading away.

Today the market is expected to be slow as the country watches the Trump inauguration. The reality is now here and the market “euphoria” that greeted his election seems to have plateaued and may have even peaked. The next 100 days are always key for an incoming President and I am sure the first 100 days of the Trump presidency especially so as he has no political record having never held any type of political office before – he is a complete political unknown!