Pound sinks to 18-month low against US dollar 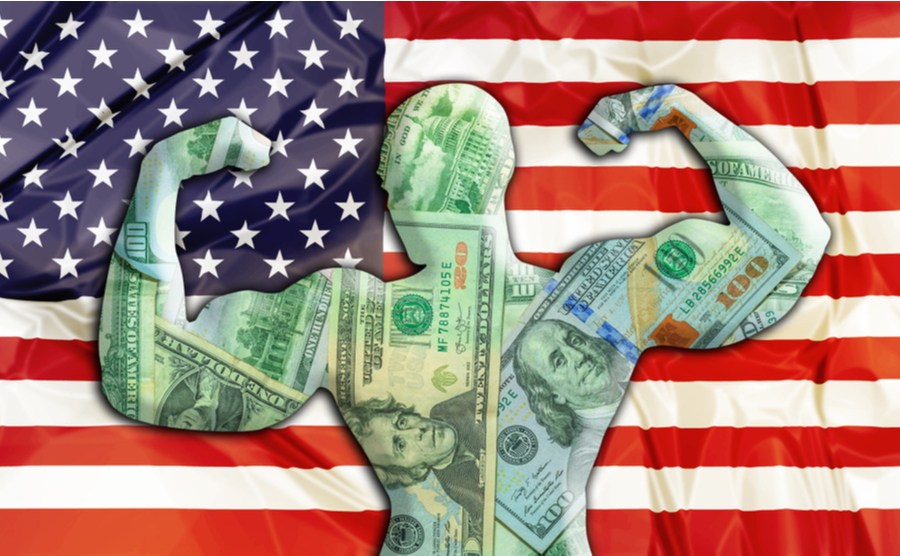 While the UK enjoyed a long Bank Holiday, the currency markets were open elsewhere in the world. Following its strong showing in the days leading up to Easter, sterling has traded negatively against the US dollar and sideways against the euro in the past 36 hours.

Against USD, the pound fell to below $1.30 early this morning, its lowest point since November 2020, before recovering marginally.

The picture is very different against the euro, where last week’s gain against the euro was mainly a result of higher-than-expected inflation figures for the UK, alongside the European Central Bank’s (ECB) decision not to raise interest rates.

It’s a quiet early part of the week for data but followed by a potentially influential Friday, with PMI and other economic data.

Also of interest will be various speeches by interest-rate setters in the UK, eurozone and US.

They will be keeping close tabs on economic reports such as the one from the IMF on Thursday, which has slashed its projections for global economic growth amid the war in Ukraine and inflation. “This is a massive setback for the global recovery” said Kristalina Georgieva, chief of the IMF.

In business news, the UK government is considering a compulsory rental auction scheme for empty shop units, in an effort o reinvigorate the high street. It is also cutting off-peak rail fares over the next two months by as much as half in an effort to tempt the public back onto the railways. Sticking with transport, in the US a silent, battery-powered plane took off vertically for the first ever time. It has a range of nearly 300 miles.

Sterling is trading well above the level of last week against most currencies, but not the US or Canadian dollars. The strength of the pound against the euro is largely based on the relative potential for further rises in interest rates from the ECB and BoE, following the UK’s high inflation figures last week.

Against the dollar, sterling is at its lowest since the Trump presidency ended in early November 2020.

Data-wise, we’re being eased into the post-Easter period gently, with no data releases of note until Friday, with retail sales for March, which are expected to pick up, and a first reading for S&P Global/CIPS PMI.

However, there will be several speeches by members of the Bank of England on Thursday, which may give hints to future economic policies.

The euro has maintained strength against most major currencies over the past week, while falling against the US dollar and GBP. This follows the ECB suggesting uncertainty over further interest rate rises, plus concerns over a stronger-than-expected showing for Marine Le Pen’s presidential election campaign in France.

The euro is now at its lowest rate against USD for two years.

There has been precious little data in the eurozone for the currency markets to chew on in the early part of this week. However, tomorrow there are eurozone-wide new car registrations, which fell markedly last month, plus industrial production for February.

On Friday there is a plethora of data, including S&P PMI, as well as a speech by ECB president Christine Lagarde.

The dollar is either beyond or close to its strongest against the euro for two years and against sterling for 18 months.

This is a result partly of rising US Treasury bond yields, the war in Ukraine and the promise of continuing interest rate rises from the Federal Reserve.

Data in the US later today includes housing starts for March. They surged by nearly 7% last month, but will that have continued?

There will also be a speech by several Federal Reserve board members this week, including Jerome Powell, chair of the interest rate setting committee the FOMC.