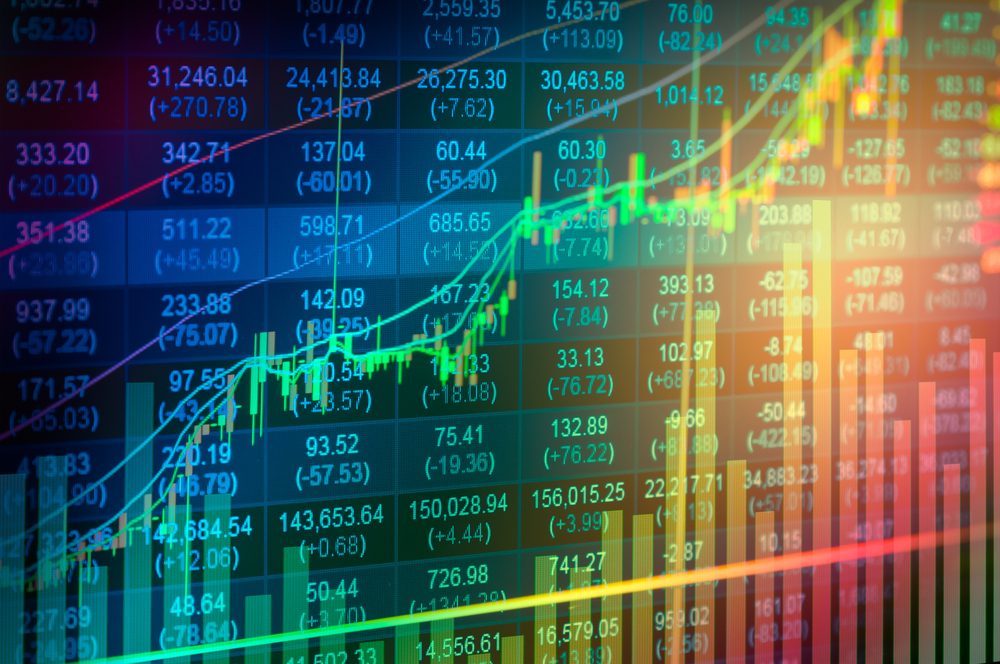 Given that the Federal Reserve announced its interest rate decision at around 7pm BST on Wednesday evening, the market reaction was always likely to spill over into the following day and possibly even beyond that. As expected, rates were hiked by 25 basis points to a range of 2% to 2.25%, so it wasn’t really that which caused the dollar to strengthen. It was more the fact that the central bank’s ‘dot plot’ showed that 12 of 16 officials are in favour of four rate hikes this year. Another hike in December is now more likely than not.

The pound dipped below $1.31 at one point during the day but it hovered around that mark throughout. Against the euro, the dollar moved higher once again to cap a couple of bad days for the single currency. The eurozone’s economic sentiment reading fell for the ninth month in a row, while Italy’s budget deficit row didn’t help the single currency either. There was some disappointing news from the UK too, as car production fell by a whopping 13% in August.

It was a different story in the US, as the final reading of the GDP growth rate for the second quarter of 2018 was confirmed at 4.2%. This should serve to justify the Fed’s decision to hike rates. Initial jobless claims rose by more than expected but that is certainly nothing for America to worry about, especially seeing that the last reading was the lowest since 15 November 1969.

Amber Rudd said as many as 40 Tory MPs would vote against a Canada-style trade deal with the EU if Theresa May went ahead with it. Labour would also not support the deal, so there is no chance it would get through parliament. Jeremy Corbyn went to meet Michel Barnier, with reports suggesting talks were initiated by the EU as concerns grow over a no-deal Brexit. Does anybody know what is happening any more? There seems to be so many options on the table but nobody is happy with any of them.

Today we have the final reading of the UK’s GDP growth rate for the second quarter of 2018, as well as Gfk consumer confidence for September. In the eurozone, we will see the flash inflation reading for September and we will also see the German unemployment rate. But before we see all of that, why not treat yourselves to a free risk management health check? We’ll analyse your situation, evaluate the potential impacts of currency volatility, then put some risk mitigation strategies in place.

There were no economic data releases on the schedule yesterday, but figures released by the Society of Motor Manufacturers and Traders showed that the number of cars being produced in the UK fell for the third consecutive month in August. According to the trade body, some 89,254 cars were produced in UK factories last month, which is a decline of 13% from the same month the previous year. It isn’t great news, especially when we consider that in the first eight months of 2018, the total amount of cars produced has fallen by 5% from the same period in 2017.

Today kicks off with the Gfk consumer confidence reading for September. It is expected to fall even further this month from -7 in August to -8. We will also see the Nationwide housing prices for the same month. However, the headline release from the UK is the final reading of the GDP growth rate for the second quarter of 2018. Both the quarterly and annual figures are expected to increase, but several releases have defied expectations in recent times and we could see some sterling movements if the readings miss forecast.

Reports of a fresh row in Italy’s new government weakened the euro at the start of trading yesterday. There is speculation that the Italian government will attempt to increase next year’s budget deficit which could cause some problems with the European Commission. The government’s two deputy prime ministers – Luigi Di Maio and Matteo Salvini – are at odds with Giovanni Tria, the economy minister. Tria is reluctant to put a budget together that will increase Italy’s budget deficit, but Di Maio and Salvini are determined to find a means to pay for campaign promises. Tria could be out of a job shortly unless the issue is resolved.

There was more bad news, with economic sentiment in the eurozone falling for the ninth month in a row. The figure slipped to 110.9 from 111.6 which was weaker than the 111.2 expected by economists and the lowest level in 15 months. The figures are being seen by some as evidence that economic growth in the eurozone is gradually slowing. After a very impressive 2017 this is not altogether unexpected.

The euro didn’t have a brilliant day and weakened against sterling and the dollar as the news filtered through to the markets. However, the row in Italy dominated the day’s proceedings as far as the single currency was concerned. There were plenty more releases from the eurozone, but it was a pretty mixed bag. Industrial sentiment fell to 4.7 in September against an expectation of 51, while consumer confidence came in as expected at -2.9. Gfk consumer confidence in Germany beat expectations by hitting 10.6 from 10.5 the previous month, and business confidence was 1.21 which beat the 1.19 forecast. Inflation in Germany jumped to 2.3% when it has been expected to hold steady at 2%.

There are two main releases from the eurozone today in the form of the unemployment rate across Germany in September and the eurozone’s inflation rate. It is expected that inflation will rise to 2.1% from 2% the previous month, which is in line with what European Central Bank president Mario Draghi said on Monday. If the figure does increase then it could well reinforce expectations of a rate hike before Draghi leaves his position.

The big release of the day from the US was the final reading of the GDP growth rate for the second quarter of 2018. It was expected to be the same as the previous reading of 4.2% and it proved just so. The dollar continued to push higher against sterling and the euro for various reasons. Durable goods orders smashed forecast by climbing to 4.5% in August from -1.7% the previous month, when 2% had been expected.

Initial jobless claims up to 22 September 2018 came in at 214,000 which was higher than the 210,000 economists had expected, but some of that can be attributed to Hurricane Florence. The previous reading was the lowest since 1969 so it is nothing to worry about and it is reasonable to expect another dip in the next couple of weeks when the dust from Florence has settled.

After a busy couple of days in the US, today is a little quieter, although we will still see the personal income and spending figures for August, as well as the final reading of the University of Michigan’s consumer sentiment. It is expected to jump to 100.8 from 96.2 the previous month.