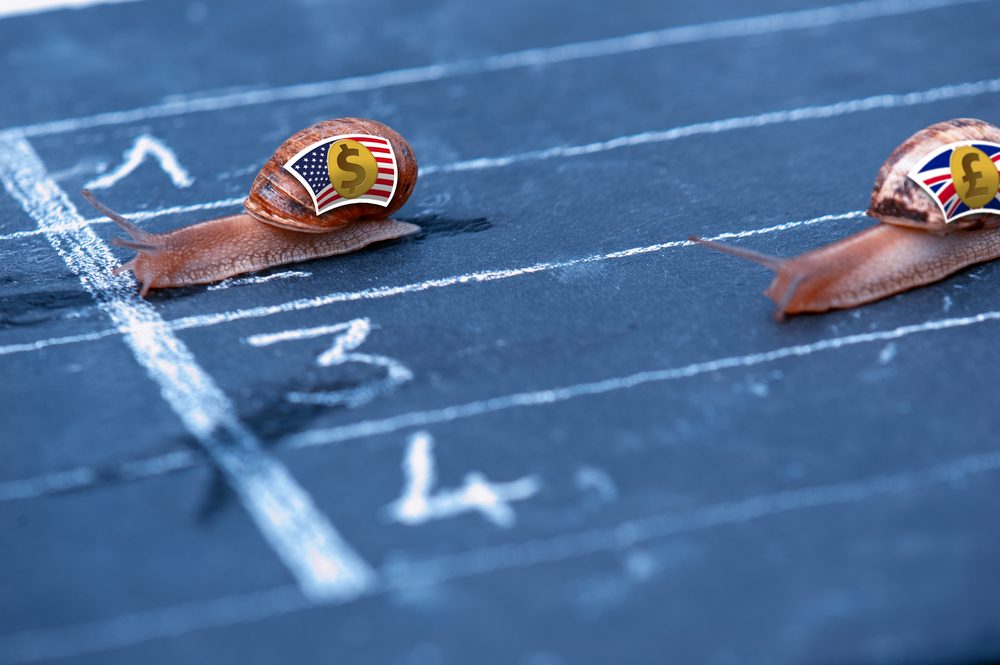 The release of the UK’s manufacturing purchasing managers’ index came in below expectations yesterday and caused GBPUSD to hit its lowest level since mid-January. Remarkably, the pound has now lost more than seven cents against the dollar in the last two-and-a-bit weeks. The disappointing manufacturing data has led to fresh signs of a weakening UK economy and an interest rate rise in May looks increasingly unlikely.

Sterling’s performance against the euro wasn’t all that great either and the worry is that this trend will continue up to 10 May when the Monetary Policy Committee meet. Should the MPC then vote to keep rates on hold, then we could be set for further volatility. The euro weakened sharply against the dollar, as the US posted more encouraging economic data. The dollar is on a bit of a roll at the moment after a pretty dismal start to the year.

Today’s main highlight is the Federal Reserve’s interest rate decision and while rates are expected to be kept on hold this time around, the markets are pricing in several hikes throughout 2018. It will therefore be interesting to see what the meeting’s accompanying sentiment says; indications of more than two further hikes this year could cause more dollar strength.

Tomorrow the UK local elections will take place and should give us an indication of what the British public think of the government’s performance. The fallout from Amber Rudd’s handling of the Windrush scandal could have a bearing, but the polls still put the Conservatives ahead of Labour. Having said that, we all know what the polls said about Donald Trump’s chances of victory.

Our currency forecasts have now been downloaded more than 400 times and there is still much to be gleaned from them, so do grab hold of a copy. We also provided a brief round-up of some recent performances from currencies around the world in April. As you can see, what started as a pretty decent month for the pound, quickly changed.

Another day, another underwhelming economic data release from the UK. GBPUSD tumbled following the release which showed the weakest pace of expansion in the manufacturing sector since November 2016. The figure had been expected to come in at 54.8 for April 2018, but it was actually 53.9.

The number of mortgage approvals in March fell to 62,914 which was marginally below expectations of 63,000. The difference is no negligible that little can be ascertained from the reading. Meanwhile, the Royal Bank of Scotland announced it is closing 162 branches with the loss of almost 800 jobs. There are competing theories over why the closures are happening, but RBS claims it is because their branches overlap too much.

Today we have the construction PMI for April which is forecasted to climb from 47 in March to 50.5. The sector suffered from the bad weather we experienced a couple of months ago, but there are no such excuses this time around. If the figure comes in below expectations we could see some further sterling weakness.

EUR: euro weakens against dollar but gains against the pound

It was an odd day for the euro, but European Central Bank President Mario Draghi will likely be happy with the sharp weakness the single currency experienced against the dollar. The eurozone’s export growth has been affected by its strength against the greenback, so a weaker euro will help. It did climb higher against the euro following disappointing economic data from the UK but this isn’t quite as important to Draghi.

There were no release of note from the eurozone yesterday and so movements were always going to be dominated by events elsewhere, as well as expectations that the ECB will keep interest rates on hold for the foreseeable future.

Today we will see the eurozone’s GDP growth rate for the first quarter of 2018. It is expected to fall to 0.4% from 0.6% the quarter before and it will be fascinating to see how it compares with the UK’s extremely disappointing release last week. We will also see the unemployment rate for March which is expected to hold steady at 8.5%.

Another great day for the dollar yesterday which climbed to its highest mark against sterling since the beginning of the year. The move came as a result of a few factors, including underwhelming economic data from the UK, as well as positive data from the US. The Markit manufacturing PMI for April had been forecast to come in at 55.0, but it actually hit 56.5 – the strongest pace of expansion since September 2014.

Trump also took a step back from launching a trade war by reaching ‘agreements in principle’ with Argentina, Australia and Brazil to exempt them from the steel and aluminium announced earlier this year. The US has also postponed its decision on whether to place tariffs on EU imports for another month; the uncertainty continues which could create some euro volatility.

Later tonight, the Federal Reserve will meet to announce its interest rate decision. Rates are expected to be kept on hold but indications of future policy could cause currency movements. We will also see employment change data for April.