Fresh tariffs announced by US government 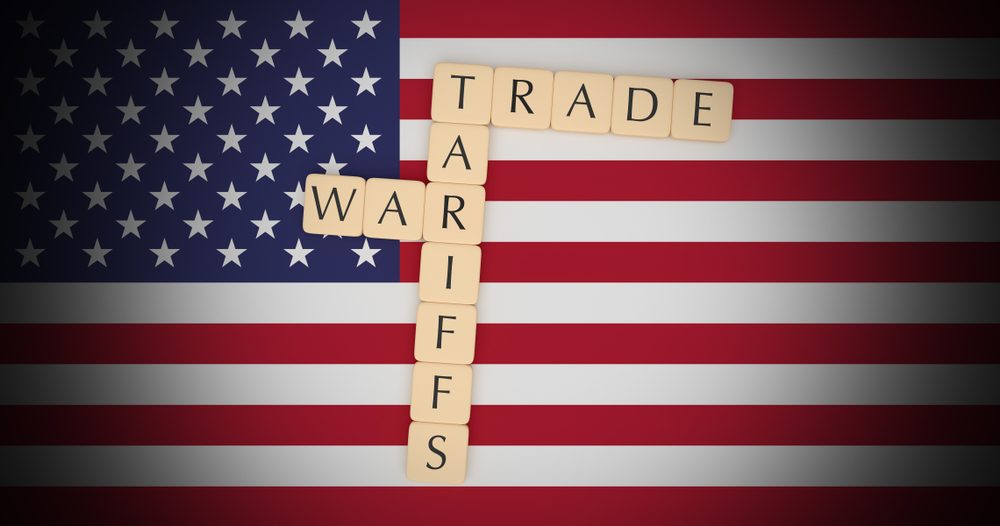 Fears of a trade war between the US and China increased significantly yesterday. On Tuesday night, the US government announced new tariffs of 25% on $50 billion worth of Chinese imports, with more than 1,300 products targeted. China responded yesterday by announcing a fresh wave of tariffs, including a 25% tariff on soybeans and automobiles. The tariffs of soybeans are particularly noteworthy, not least because of how many US farmers rely on sales of them to China.

The outlook looks increasingly worrying and China’s retaliation hit the financial markets yesterday. It remains to be seen exactly what will happen next, but it is worth considering that while trade wars are very easy to start (the last few days should serve as testament to that), they are extremely difficult to stop. It would take either the US or China to blink first and neither look ready to do that just yet; both Trump and Xi could appear weak if they were to back down.

Meanwhile, the UK construction purchasing managers’ index fell to 47 in March from 51.4 the previous month. The figure had been expected to hit 50.9 and the reading shows the fastest overall decline in construction output since July 2016; any figure below 50.0 shows shrinkage which is concerning, but then much of the decline can be put down to the so-called ‘Beast from the East’. Let’s hope sunnier times lead to sunnier climes.

We’ll be publishing the next in our series of currency forecasts soon, but in the meantime why not grab hold of a copy of our Treasury Management White Paper? Inside, you’ll find out why exchange rate volatility can have significant negative impacts on your business’s profits, margins and bottom line. In addition, you’ll see why, in the current political and economic climate, it is essential that your business thinks about the exchange rate risk from the very beginning of a business process as opposed to the end.

The unusually bad weather conditions that the UK has faced in recent times had a significant negative impact on the UK construction industry in March. PMI figures released yesterday came in way below expectations at 47 against a forecast of 50.9.

Inclement weather has been held responsible and the fact that employment growth accelerated to a three-month high and business expectations hit a nine-month high appears to suggest the sector will pick up before long.

Today we have new car sales for March and the Markit services PMI for the same month. The latter reading is expected to dip slightly, from 54.5 in February to 54.

The two main releases from the eurozone yesterday were the flash inflation rate for March and unemployment rate for February. Both came in as expected at 1.4% and 8.5% respectively. It means, at first glance, that eurozone inflation has crept nearer to the European Central Bank’s 2% target rate. The jobless rate is now the lowest it has been since December 2008.

There was also some Italian election news, as we learned that one day before formal government consultations are set to begin, the leader of Italy’s anti-establishment Five Star Movement ruled out forming a coalition with Silvio Berlusconi’s Forza Italia party. On 4 March, the election resulted in a hung parliament and it was felt that Five Star were prepared to discuss a deal with all parties. However, yesterday put paid to that and it does raise the possibility of no deal, which could lead to a new election.

Today we have composite and services PMI from Germany and across the eurozone. We will also see the eurozone’s retail sales for February and German factory orders.

On a day overshadowed by increasing fears of an imminent trade war between the US and China, some positive employment data for America slipped under the radar somewhat. Analysts had forecast an additional 208,000 workers would be hired by private businesses in March, but the actual figure smashed forecast by coming in at 241,000.

There was also a raft of PMI data released yesterday. Composite PMI fell to 54.2 in March from 55.8 the month before, while services dipped to 54 from 55.9 in February. Non-manufacturing PMI had been expected to fall from 59.5 to 59.0, but the figure was actually 58.8. Still, all figures point to continued growth and the readings are all strong.

Today’s main release is February’s balance of trade report and we will also see initial jobless claims for the week leading up to 31 March 2018. However, attention from around the world will likely be trained on the situation between the US and China and whether a potential crisis can be averted sooner rather than later.