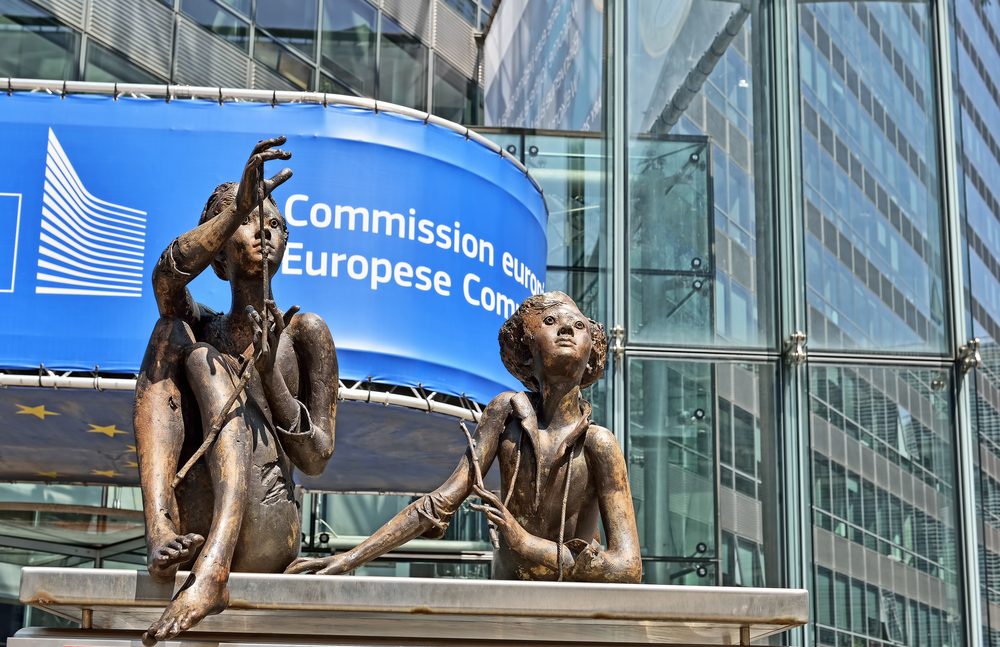 The European Commission forecasts were published yesterday and made for interesting reading. The latest projections show that Europe’s economy will steadily slow over the next few years, as trade wars, rising geopolitical tensions and higher oil prices exert their influence. Of course, we should bear in mind that nobody can agree on what is going to happen in the future – download our forecasts for evidence of this – but projections give businesses a guide to plan against.

Perhaps the most interesting aspect of the European Commission forecasts was the fact that the UK is expected to be at the bottom of the EU growth league in 2020. This year, the UK is projected to be the third-slowest growing EU member at 1.3%, behind only Italy and Denmark, while next year it will drop to joint last with Italy at 1.2%. As it stands, the EC has no idea how Brexit will pan out so the data should be taken lightly at present, but it doesn’t bode well if the forecasts prove to be anywhere near the mark.

There was very little movement between the euro, dollar and sterling in what proved to be an extremely quiet day for the currency markets. Overnight, we learned that Trump fired the attorney general, Jeff Sessions. Democrats in the House of Representatives responded by vowing they will investigate the removal. Sessions famously recused himself from Robert Mueller’s investigation into Russian election interference and possible collusion with the Trump campaign. Both Democrats and Republicans have since said that Mueller must be permitted to continue his work under Session’s replacement, Matthew Whitaker.

The Federal Reserve announced its latest interest rate decision when, as expected, rates were kept on hold within the target range of 2% to 2.25%. The central bank reaffirmed its plans to continue hiking rates gradually, which appears to confirm that rates will be hiked in December. The dollar has strengthened against sterling and the euro this morning in response.

Today is a very busy day for the UK, with the highlight being the GDp growth rate for the third quarter of 2018. The markets are expecting growth to have picked up to 1.5% from 1.2% in the previous quarter, but if it misses the mark, it certainly wouldn’t be the first time. If it does, the question is whether it will come in above or below expectations. Let’s hope it’s the latter.

GBP: UK expected to bottom of EU growth league in 2020

With no economic data releases from the UK, attention turned to the European Commission forecasts which included growth expectations for the next couple of years. The UK is expected to be joint bottom next year with Italy, while by 2020 it will be the slowest performing economy in the eurozone. Such predictions are necessarily speculative, but it is faintly worrying all the same.

Other notable aspects include UK unemployment, which is expected to rise, although inflation is forecast to ease. This is in part because of the impact of sterling’s depreciation since 2016. Still, the fact remains that this is all speculation and a lot can happen between now and 2020.

Today is extremely busy for UK economic data, with the GDP growth rate for the third quarter of 2018 being the highlight. The markets are expecting a year-on-year figure of 1.5% from 1.2% in the previous quarter, while on a monthly basis, a figure of 0.6% from 0.4% the previous period is expected. We will also see balance of trade, industrial and manufacturing production, and construction output figures for September.

There were more worrying signs for the eurozone’s largest economy yesterday, as German exports dropped by 0.8% in September. Balance of trade figures showed that the surplus decreased to €18.4 billion in September from €24.2 billion in the same month a year earlier. Exports had been expected to increase by 0.3%, so the drop of 0.8% was particularly concerning. While monthly figures are notoriously volatile, German exports have looked underwhelming for a few months now.

The aforementioned European Commission forecasts were published, with growth across the eurozone expected to slow over the next couple of years. Trade wars, rising oil prices and rising geopolitical tensions are all expected to contribute to the slowdown, although these factors will likely take hold across the world. Obviously that’s not a good thing, but it’s important to remember that these things are relative.

Nothing of note is scheduled for release in the eurozone today, but attention will be on the UK’s GDP growth rate for the third quarter of 2018, as well as anything Trump might say, do or Tweet.

Federal Reserve policymakers met last night and announced that interest rates will be kept on hold this time around. They did signal that rates will continue to be hiked gradually which investors took for confirmation that rates will be hiked in December. The dollar strengthened as a result.

The only other piece of economic data of note was initial jobless claims, which came in as expected at 214,000 up to 3 November 2018. This was down from an upwardly revised 215,000 the previous week. Some claims are a result of Hurricane Florence, so it will be interesting to see what level of improvement we see once the situation is resolved.

Today we will see the University of Michigan’s preliminary reading. It is expected to dip a little to 98.0 from 98.6 in the previous period.