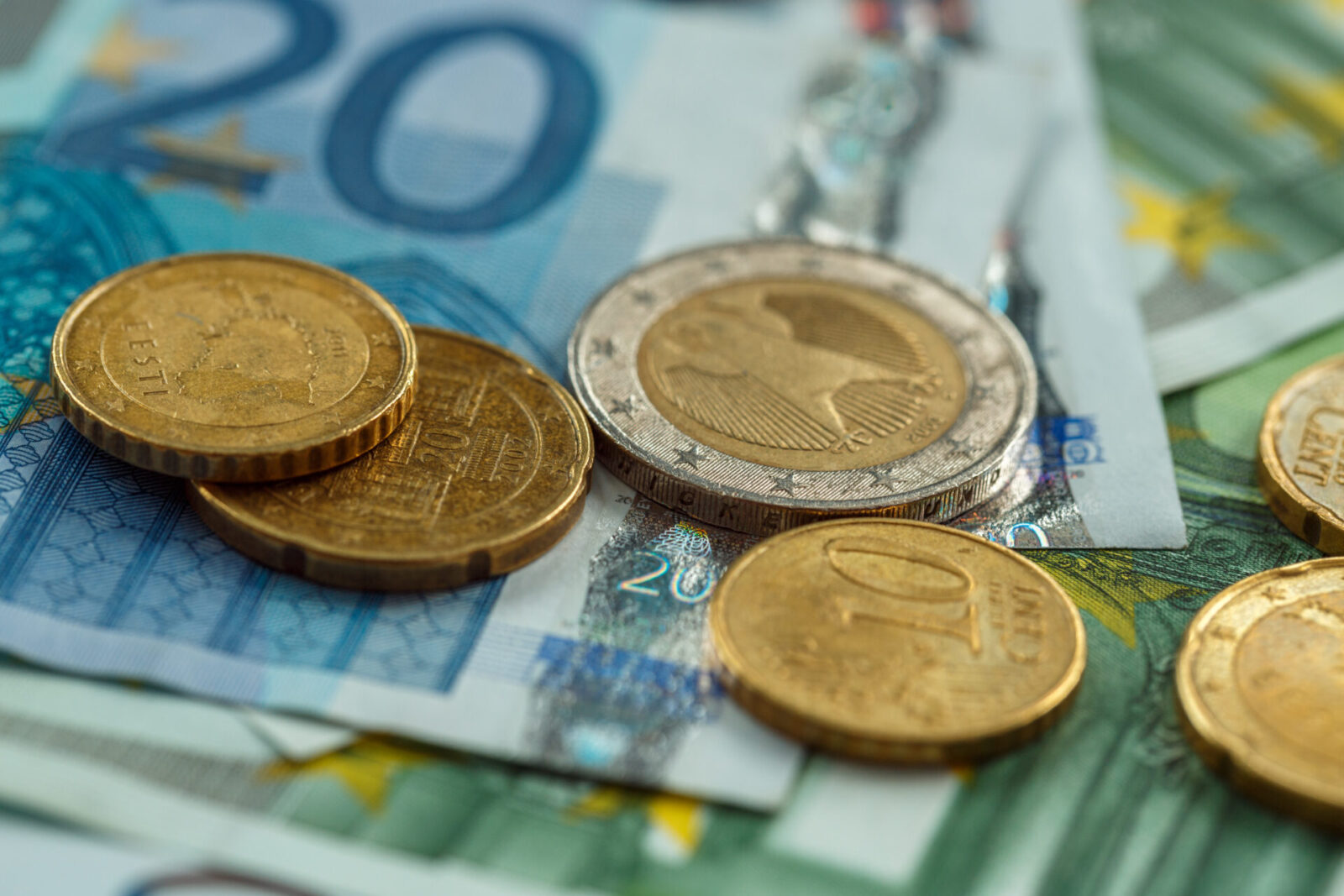 The pound is slightly weaker against the euro this morning but is still trading around strong levels.

The euro has strengthened against both the pound and the dollar on news that the European Central Bank could announce plans for joint EU bonds, which are designed to fund energy and defence amidst the Ukraine conflict.

Tomorrow, the European Central Bank will hold its latest monetary policy meeting and could reveal plans for these bonds.

The UK has revealed that it will ban any Russian owned planes from its airspace. This will target wealthy Russians with private jets who could get around the general ban on Russian airlines.

There will be a series of economic data releases for the US today. However, all eyes will be on inflation figures tomorrow ahead of the Federal Reserve’s monetary policy meeting next week.

The pound is weaker against the euro this morning, falling from the highest level since 2016 achieved at the beginning of this week. This is mainly due to euro strength. However, it is still trading around strong levels against the euro.

Plans were revealed yesterday for the UK to phase out imports of Russian oil by the end of this year. The UK currently gets 8% of its oil from Russia and analysts say that prices will rise as a result.

Ministers are also introducing another sanction on Russian planes. They will make it illegal for any planes owned by Russians to enter UK airspace, which is designed to target private aircraft owned by wealthy Russians.

It’s a light day for UK data releases, so the markets will look to Friday for UK GDP data and industrial production figures.

The euro has strengthened against the pound and has begun to make some gains against the dollar.

This is due to reports that the European Central Bank could be announcing plans for EU countries to release joint bonds “to finance energy and defence spending”. This is seen as the EU presenting itself as a united front against Russia, which has improved the mood of the market, causing the euro to strengthen.

The European Central Bank will hold its latest meeting followed by a press conference tomorrow and the plan could be revealed then.

The dollar has weakened against a basket of currencies this morning. After strengthening due to a ‘risk-off’ market mood, news of joint EU bonds has lifted market sentiment and caused the dollar to weaken.

The US has revealed that it will immediately ban Russian oil and gas, following EU countries and the UK who have made similar pledges.

Later today, data will be released on the number of job openings in the US in January. Tomorrow, all eyes will be on US inflation figures.