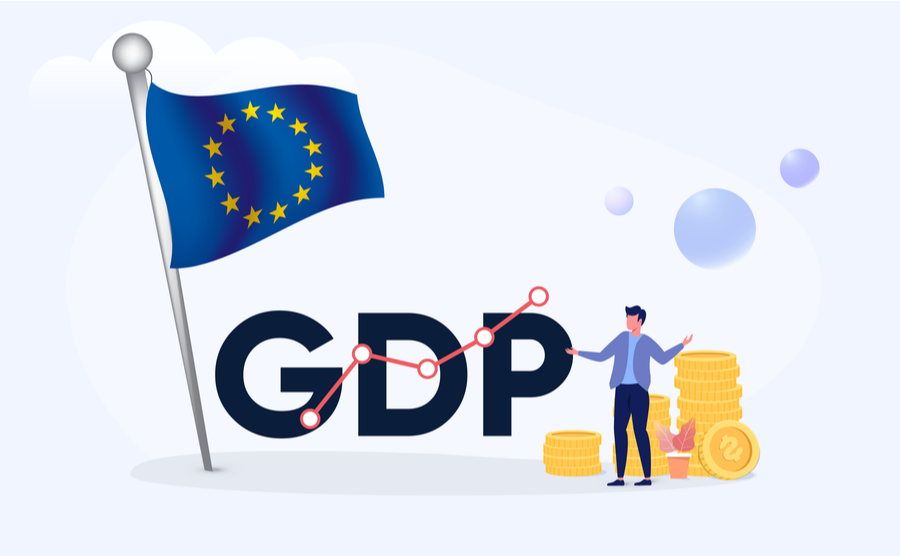 The single currency staged a recovery yesterday afternoon following economic news that was supportive, including eurozone GDP rising well ahead of expectations.

This morning we have seen UK house prices rising by 11.2% annually and 0.8% in January, the strongest start to the year since 2005.

Inflation is also leaping ahead in the eurozone, with France currently on 2.9% annually, after a January rise of 0.3% against an expectation of a 0.1% fall in prices.

Away from the economics, in UK politics the Sue Gray report into Downing Street parties during lockdowns was critical of the drinking culture and “a failure of leadership”. For now, however, it appears that Boris Johnson has staved off a leadership challenge.

Despite supportive data and market predictions of an interest rate rise, sterling fell against the euro yesterday following positive economic data on the Continent.

Against the US dollar, however, the reverse was true, with GBP strengthening by close to half a cent and that accelerating so far this morning, as the betting reaches 100% on the interest rate rise on Thursday.

Yesterday went against the run of play, however, and taking the week as a whole sterling has performed well against all but USD and the Norwegian krone (NOK).

This morning we have heard that UK house prices rose by 0.8% in January (11.2% over the year)  and later this morning there will be data on Consumer Credit – which last month shot forward by £1.2bn – mortgage approvals and lending, and manufacturing PMI.

EUR: Euro strengthens, but only to January average

Yesterday the euro powered out of the dip it fell into in the latter part of last week, strengthening by 1% against USD and slightly less against the pound.

The reason was positive economic data, with GDP strengthening well ahead of expectation across Europe (4.6%) but especially in Portugal (5.8% annually) and Italy (6.4%).

Inflation hit new heights too, at 6% in Spain, 4.9% in Germany and 2.9% in France – all worse than expected for consumers and savers, but supportive of the single currency.

On the docket today will be German, Italian and eurozone unemployment rates, later this morning.

USD: Change of direction for USD/EUR

The dollar’s year of gains against the euro were sharply reversed yesterday as it dropped from a 19-month high by nearly 1% from Sunday night, and by around 0.5% against the British pound.

Against the euro this could be seen as a small correction after two weeks of ‘risk-on’ gains from the growing Ukraine crisis.

Later today there are two important economic data releases: JOLTs Job Openings, which will give an indication whether US employers are finding the labour required to maximise economic performance, and ISM Manufacturing PMI for January, a measure of business optimism in the  manufacturing industry.