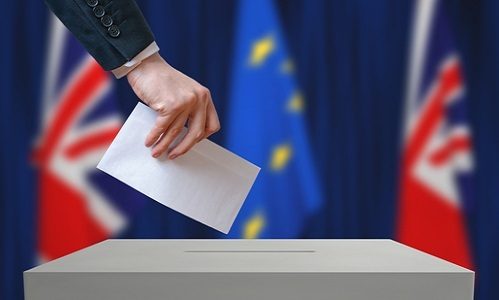 Sterling and the euro disappointed yesterday, with the EU Referendum voting day approaching in just a little over a week.

Today we expect a slew of data, which could have an impact on sterling, euro and US dollar performance. However, the uncertainty surrounding the EU Referendum will continue to apply pressure to currency markets. To find out how to protect your international payments from future market shocks, call your trader today.

It was another poor day for sterling yesterday, as the UK currency hit fresh three-month lows against the US dollar, and just about held its own against the euro. UK Consumer Price Index (CPI) data came out lower than expected at 0.3%, the same as last month’s figure.

This morning will see the release of the Average Earnings Index and Claimant Count Change data, which may cause further sterling weakness if figures fall below forecast levels. The referendum, however, continues to rule the roost with any new polling data likely to have a stronger effect on sterling against the other major currency pairs.

The euro had a fairly disappointing day on Tuesday as it lost ground against the US dollar and remained flat against sterling. The EU referendum is also having an effect on the single currency – not just sterling – as the vote draws ever closer. Final Consumer Price Index (CPI) data from Italy came out as expected, increasing slightly from 0.2% up to 0.3%. Eurozone Industrial production figures also increased from -0.8% to 1.1% but this was overlooked as sentiment is the key driver for the Eurozone.

Final CPI figures from France this morning were anticipated to increase from 0.1% up to 0.3%, which could lend support early on for the euro. Apart from this we can expect sentiment on the UK’s EU referendum to take centre stage for this week and next.

Focus on US Federal Reserve

It was a positive day in terms of US data on Tuesday as retail sales slightly beat expectations. This figure will be a good boost in the eyes of investors in favour of a short term interest rate hike. Also released on Tuesday were import prices. These showed a significant increase, which indicated a potential increase in inflation.

We are in for a busy day today. Firstly, we have producer inflation data, for which we expect a small increase on the previous month’s figures. Following this, we also have industrial production figures, which are expected to post a contraction for the third time in three months, demonstrating volatility in the sector.

The big news, however, will be in the evening, with the US Federal Reserve interest rate decision and press conference that follows. Speculation back in May suggested that the Federal Reserve could raise rates, but this was dampened by the recent non-farm employment change data, which gave members doubt if raising rates would be ideal at this moment. Any indications of central bank policy will be scrutinised by investors.

As so often in times of turmoil, some currencies flourish whilst others falter. One that often shines is the Swiss franc, due to its safe-haven status. Amongst the uncertainty of the UK’s EU referendum the franc is once more going from strength to strength. Yesterday saw the Swiss currency at its strongest point against the euro all year, and at a two-month high against sterling.

The Swiss economy saw Producer Price Index (PPI) data early morning, but it will be the investment into Swiss businesses that caused most of the surge as they still offer a secure investment where most of Europe is currently a gamble.