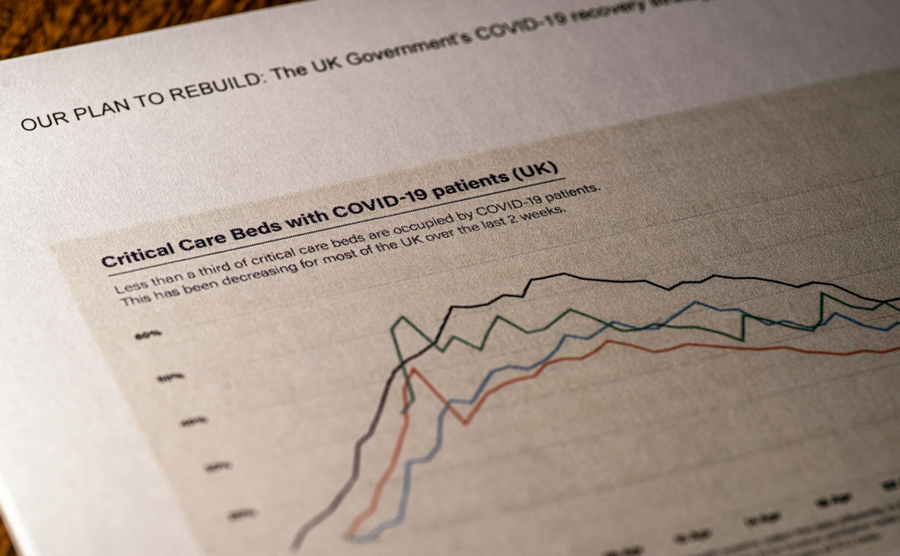 Sterling has continued to rise, climbing half a cent yesterday and this morning against the euro and slightly more against the US dollar.

In the UK, Prime Minister Boris Johnson revealed what he claims could be the final countdown to the end of lockdown restrictions, in four stages leading to mid-June. The Chancellor is expected to extend economic aid to the summer and there could be a type of vaccine passport (“covid certificate”).

There was disappointment in UK businesses that Easter breaks have effectively been cancelled again.

Greece has urged the EU to speed up plans for vaccine passports, as the EU reached 6% of its population vaccinated.

A BBC report found that as many as 1,000 European based finance firms are planning on opening UK offices for the first time.

In the US, Covid-related deaths passed half a million, while government economists are suggesting that the jobless total is closer to 10% than the official 6.3%.

Prosecutors in New York have been given the go ahead to comb through decades’ worth of Donald Trump’s tax records.

Sterling has gained strength this morning as the markets reacted well to the UK government’s cautious but planned roadmap out of lockdown.

GBP/EUR has now recovered to well above its highest level since the UK lockdowns began in March 2020.

Unemployment fell by 20,000 in January, however this still represents a rate of 5.1% and an increase of 1.4 million compared to last March.

Average earnings data this morning has also impressed the markets, being 4.1% excluding bonuses and 4.7% including bonuses, beating expectations and last month’s results.

That’s almost it for top-level data this week although there will be CBI Distributive Trades at 10am today and house prices from Nationwide on Friday.

The single currency strengthened against the US dollar by around 1% yesterday as IFO Business Climate Indicator for Germany climbed ahead of expectations.

The Eurozone’s painfully slow vaccine rollout (6% compared the UK’s 27%, albeit with a two-jab approach) continued to weigh it down against sterling.

Later today we have eurozone core inflation at 10am, where the markets will be looking for around a 1.2% rise year on year.

Tomorrow we have German GDP for Q4 and French business confidence and some big data releases on Wednesday including eurozone and German consumer confidence.

USD: Struggle against GBP and EUR

The US dollar has dropped around 1% against the euro and a little less against the pound over the past 24 hours.

Overall, USD could be suffering from the promise of a rapid post-covid economic recovery as markets raise their risk profile.

This week Federal Reserve Chair Jerome Powell will give his testimony, and we also have house price data.