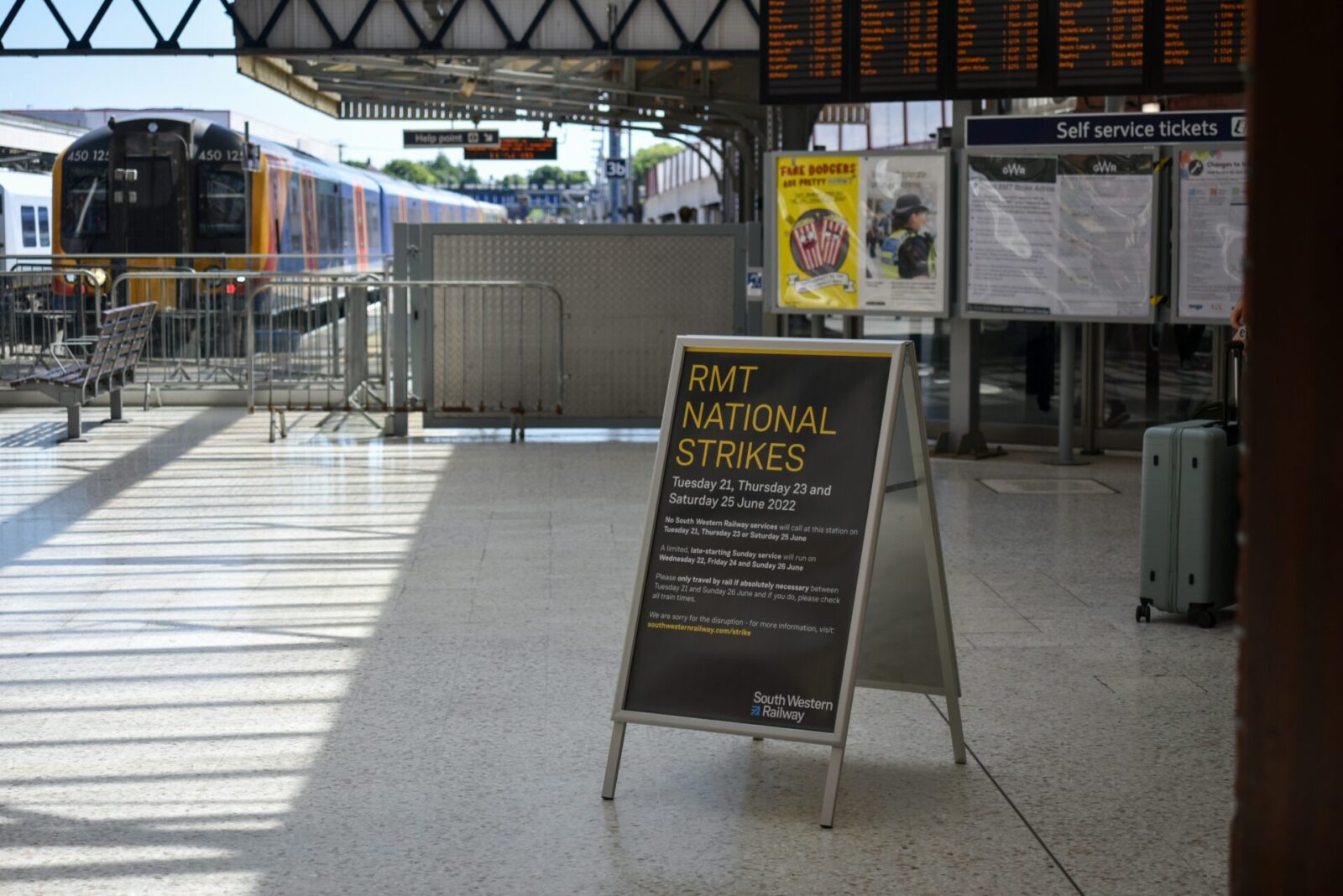 The week has started quietly for sterling, with minimal movement on Monday against EUR and a barely perceptible rise against USD.

However, it’s a big week for the UK’s economy as the battle lines are drawn between those trying to limit inflation and those determined not to see their incomes damaged by it. That will be influenced by tomorrow’s inflation data for the UK, expected to exceed 9%.

A potential “Summer of Discontent” starts in the UK today with the largest rail strike for several decades, in demand for – among other things – higher wages due to higher inflation. The Bank of England’s chief economist Huw Pill told Bloomberg last week that the Bank was watching closely: “If we see greater evidence that the current high level of inflation is becoming embedded in pricing behaviour by firms, in wage setting behaviour by firms and workers, then that will be the trigger for this more aggressive action.”

Several members of the Monetary Policy Committee are speaking this week, just as the inflation figures are released, so be prepared for market movements.

In France, President Macron suffered a major setback, losing his majority in the French assembly and most likely his chance to bring in serious reform to France’s business culture.

While it was a quiet day for exchange rate movements, tensions are rising in the UK economy as the struggle to prevent a wage-price spiral leads to serious industrial action.

Several of the Bank of England’s Monetary Policy Committee (MPC) members are speaking over the week, and yesterday one of them, Catherine Mann, adopted a notably hawkish tone in saying that interest rates would need to rise perhaps as rapidly as the US Federal Reserve to beat inflation down. She added that sterling would also fall if the BoE lagged behind the Fed.

Later today we will also hear from Huw Pill of the MPC, and chief economist at the BoE, but he has already also outlined a more hawkish note in reaction to “wage setting behaviour”. Tomorrow it’s the turn of Sir Jon Cunliffe.

There is little data of interest today, but tomorrow sees the inflation figure, currently at a 40-year high of 9%. This morning grocery prices were revealed by Kantar to be rising at their fastest for 13 years as the “golden era” of cheap food is over, their spokesperson said.

It has been a mixed day and week for the euro, strengthening mildly against AUD and NZD but weakening against GBP.

There was little interesting data from the eurozone yesterday, but construction output increased by an unspectacular 3% year-on-year.

President of the European Central Bank (ECB) Christine Lagarde outlined a plan to raise interest rates twice this summer, beginning next month with 0.25% but perhaps larger in September.

We have to wait until Thursday for top-level data, with the S&P Global PMI readings.

USD: Dollar loses across the board

The dollar is predicted by some to gain from a mildly risk-off sentiment, as the economy looks possibly to be heading into recession. However, for now it is slipping against most major currencies including the pound and euro.

There were no data releases yesterday, but later today there will be existing home sales, which last year dropped to the lowest seasonally adjusted figure since early in the pandemic in a sign that the housing market is cooling. There will be further housing market data on Friday.

Tomorrow and Thursday the chairman of the Federal Reserve Jerome Powell will be explaining his interest rate thinking to the US Congress, ahead of speeches by several other members of the FOMC.