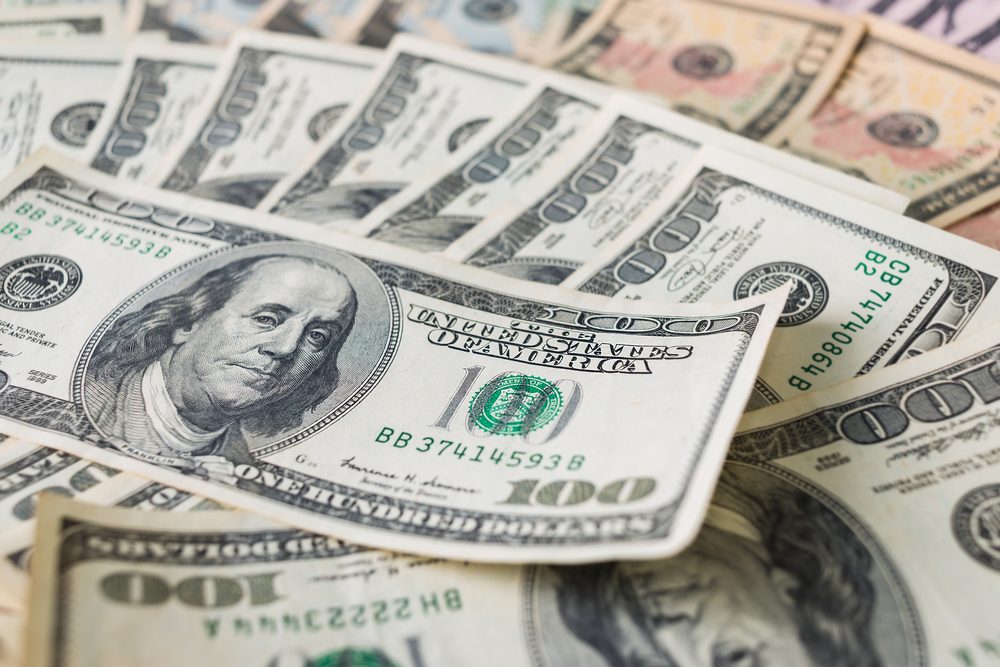 On Monday, sterling made some healthy gains against the dollar and the euro didn’t fare too bad either. However, the dollar recovered some ground yesterday for several different reasons. Hopes that trade tensions between China and the US could be resolved helped matters (despite there being no additional news on this front), but that fact we are nearing the end of the month and the end of the quarter also played a part, as investors across the board indulged in some profit-taking and squaring off their positions.

It is often said that no news is good news, but yesterday was fairly quiet and, without any treasury management solutions in place, individuals and businesses were at the mercy of the currency markets. We did see that business confidence in the eurozone came in below expectations and the industrial, services and economic sentiment indices all disappointed too, but this hardly contributed to the dollar’s reversal.

We could yet see further strengthening from the dollar, with the final reading of the US GDP growth rate for the fourth quarter of 2017 set for release. That will give us a real idea of how the US economy performed towards the end of last year. Any developments in the potential trade discussions between the US and China would likely be well received too.

If March is your business’s year-end then, realistically, today is the last day you can still claim for the R&D investment you made in 2016. The government’s R&D Tax Credit scheme allows you to claim back monies and, given that the average claim for UK-based SMEs is £61,514 and a ten-minute conversation is often all it takes to determine whether you have legitimate grounds for a claim, it would be remiss of you not to get in touch by 020 7898 0500 or emailing charlie.davies@smartcurrencybusiness.com today!

GBP: sterling slides, but pound has been performing well

Despite yesterday’s losses against the dollar, sterling has been trading near the levels seen before the results of the EU referendum. The pound has clearly been boosted with news that there could be some light at the end of the tunnel, as the UK and EU have agreed a provisional deal over the transition period and there is real hope that this move can continue with further progress.

In March, the pound is up around 1.5% against the dollar, but it is still worth approximately 5% less than it was immediately before Brexit. However, inflation has fallen by more than expected and wage growth looks to have closed the gap, so the cost-of-living burden has eased, and there has been some positive economic data releases of late. It remains to be seen how the rest of the year will play out, but the situation is perhaps not quite as bad as we might have once feared and investors appear to be cautiously optimistic at the moment.

Today we have the CBI distributive trades for March which are expected to increase, but the main focus will be on the UK GDP growth rate which is released tomorrow.

On what was a fairly quiet day for UK and US economic data, attention turned to the eurozone which released a raft of relatively underwhelming readings. Eurozone business confidence dropped to 1.34 in March from 1.48 the month before and against an expectation of 1.39. It is the lowest reading since September 2017.

Meanwhile, the industrial, services and economic sentiment indices all came in below expectations. The readings were 6.4, 16.3 and 112.6 respectively, against a forecast of 7.0, 16.5 and 113.4 respectively. It is nothing to be too alarmed by but it is curious to consider how many forecasts have been missed in 2018. Threats of a trade war have certainly not helped confidence across the eurozone so any resolution could see a bounce back before long.

Today we have the German Gfk consumer confidence for April which is expected to dip slightly from 10.8 to 10.7. It will be interesting to see whether that data release misses expectations…

As we approach Easter, the end of the month and the end of the quarter, investors indulged in some profit-taking and portfolio managers adjusted their stocks which had the effect of helping the dollar climb against sterling and the euro. It is also possible that the dollar is where it ‘should be’ against the pound at the moment and an element of correction was at play yesterday. It will be fascinating to see whether the pound sinks below the psychological $1.4000 barrier or whether it can push above pre-Brexit levels.

Today we have the GDP growth rate for the fourth quarter of 2017 which is expected to have dropped to 2.7% from 3.2% in the third quarter. We will also see pending home sales for February.