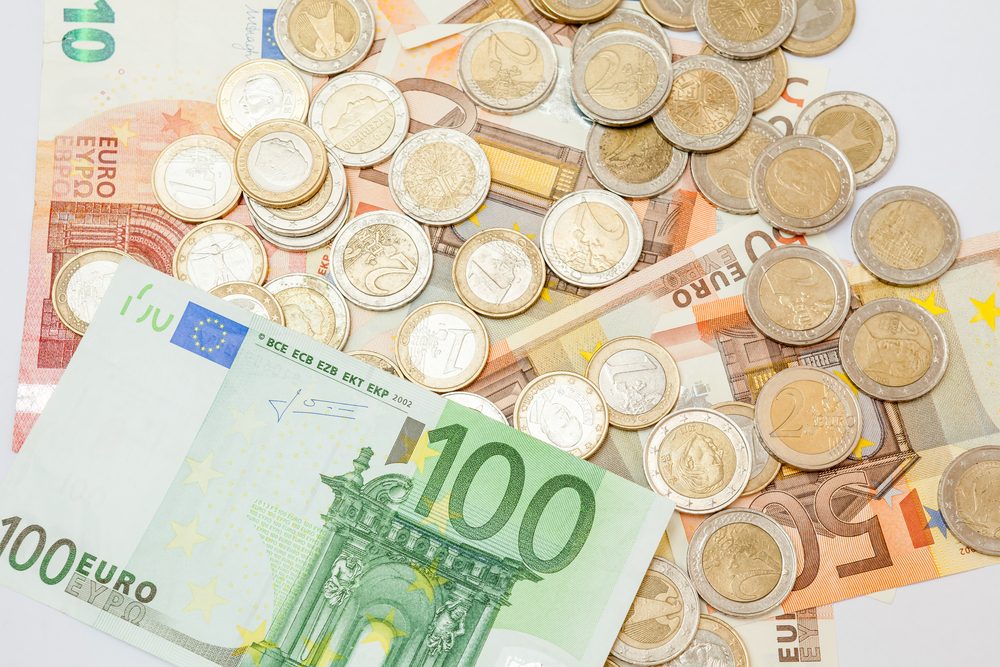 The German ZEW economic sentiment index for February was the main release of yesterday and it showed that economic confidence among German investors fell in February. It had been expected to decline and, although the figure came in higher than many were predicting, it did still show a drop which saw the euro slide against the dollar and sterling.

The eurozone’s economic sentiment index also fell, although it did come in higher than had been forecast. From 31.8 in January, it dipped to 29.3, but the market had expected a figure of 28.4. Many are citing concerns over the world’s stock markets and their recent turbulence.

Today we have several purchasing managers’ index releases from the eurozone and the US, so it will be interesting to see if these can assuage concerns over the economy. If they do (or do not), then the question is whether this will have any bearing on the euro’s performance today.

Finally, check out our currency forecasts while there is still time. We know we have alluded to them several times, but given how useful they have proved to our audience, we thought there is no harm in encouraging more of you to grab hold of a copy.

The only UK economic data release of note yesterday came in the form of the Confederation for British Industry’s monthly industrial orders balance. The figure fell to 10 in February from 14 the previous month which was in line with expectations. 30% of manufacturers said order books were above normal last quarter, with 20% saying they were below normal.

Sterling made some gains against the euro and dollar yesterday, although the move against the greenback was only slight. It will be interesting to see what the rest of the week has in store for the pound, as after a relatively quiet start to the week, things pick up for the rest of it. Today we have the unemployment rate for January and the public sector net borrowing figure.

Tomorrow is the main release of the week for the UK, with the second estimate of the GDP growth rate for the fourth quarter of 2017 set for release. This will give us a solid indication of how the UK economy performed towards the end of last year and might cause some sterling movement.

The key release in the eurozone yesterday was the German ZEW economic sentiment index for February. From 20.4 in January, it had been forecast to drop to 15.5 and, although the figure came in a little higher at 17.8, it is rather surprising that German investors appear to be a little gloomier. Having said this, confidence in the US, UK and eurozone also declined, with many citing the recent turbulence in the world’s stock markets.

Meanwhile, consumer confidence in the eurozone fell by 1.3 points to 0.1 in February which was somewhat lower than the 1 expected. However, it is worth noting that last month’s reading was the highest it had been for 17 years, so a drop isn’t all that bad in that context. The euro did slide against sterling and the dollar though in what might be a result of these disappointing figures, but it could pick back up today with several releases of note scheduled.

Today we will see Markit manufacturing, services and composite flash for February in Germany and the eurozone. It will be interesting to see what these figures come in at given yesterday’s decline in confidence.

USD: quiet day for the US but dollar climbs against euro

After the markets were closed on Monday because of President’s Day, everything was back to normal yesterday. Still, it was still a fairly light day for US economic data. However, following disappointing releases from the eurozone, the dollar did manage to make some gains against the euro.

Today is a much busier affair, with existing home sales for January scheduled for release, as well as the minutes from the Federal Open Market Committee meeting. We will also see manufacturing, services and composite PMI flash readings for February.

Thursday sees the initial jobless claims up to 17 february 2018 and several Federal Reserve members are also due to give speeches.