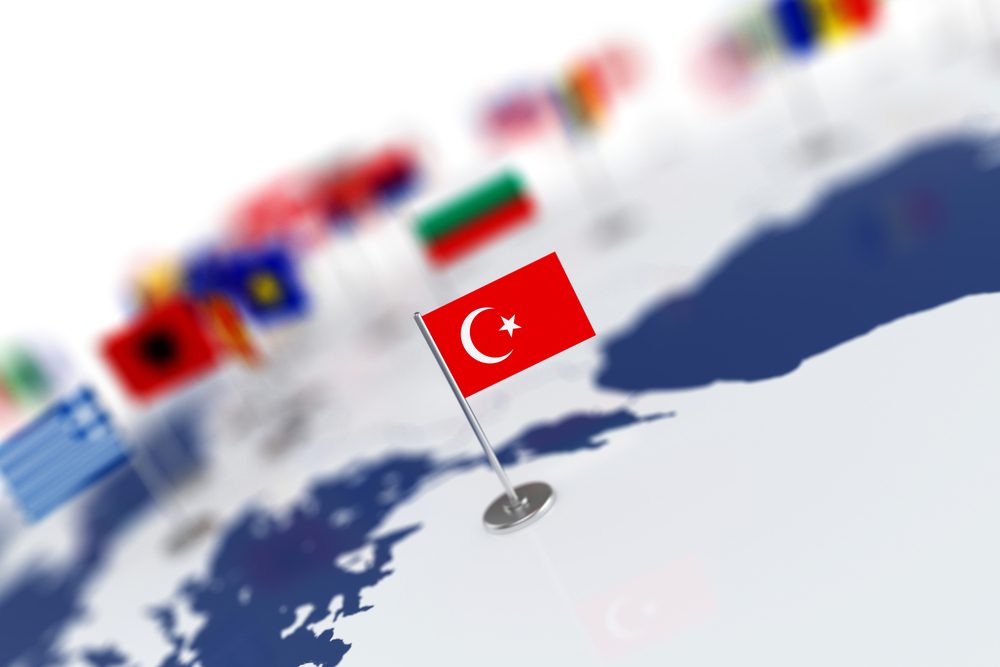 Geopolitics has firmly been in the driver’s seat this week and today will be no different. Turkey’s lira recorded fresh lows in Asia trading and the euro fell on contagion fears over European banks exposed to Turkey.

Overnight, sterling fell further, approaching a 12-month low versus the euro and dollar ahead of today’s key GDP growth release. Derivatives market data shows a recent pickup in bets against the pound over 3-month tenors, this comes as a Reuters poll of economists gave a 25% chance of no Brexit agreement.

The pound closed up 1.8% against the kiwi dollar yesterday after New Zealand’s central bank, the RBNZ, committed to hold rates at record lows until the end of next year. Following Wednesday evening’s sharp fall in the kiwi’s value, the NZD weakened further during London trading, breaking through the 30 and 100 daily moving average rates. Australia’s Reserve Bank last night released updated economic forecasts, lowering inflation expectations to 1.75 percent and growth to accelerate to 3.25%. The Aussie fell on the report’s release.

Any business without a no-deal Brexit plan, or an FX policy designed to stand up to a further 10% fall in the pound should urgently contact Smart’s FX risk management desk. Our unique risk-based approach will highlight the potential risk to your profitability, and with our market-leading suite of products, we will provide an appropriate and effective solution. It’s also worth to check our latest Currency Forecasts to get an insight into some political and economic events that might impact on the currency markets in the near future.

Sterling looks vulnerable heading into today’s Q2 preliminary GDP growth release. Sterling is historically highly politically sensitive and investors are known to use the currency to oppose government policies. In the event of a no-deal Brexit scenario, we see the pound falling to post-EU referendum lows of $1.20. A $1mln exposure would therefore be £136K more costly than at the pound’s peak in April.

Liam Fox’s warning of a 60 percent likelihood of a no-deal Brexit started the slide in the pound’s value at the start of the week. Since then, traders broadly sold sterling down to levels not seen since late August 2017. Sterling has lost over 10 percent in less than three months versus the dollar and we should remember that the 2017 low was below $1.20. GDP growth expectations are for 1.3 percent annual growth for Q2, following a disappointing print in Q1.

The euro fell below $1.15 against the dollar for the first time since July 2017 after an FT article cited the ECB is being concerned over European banks’ exposure to Turkey. With the rapid decline in the lira’s value, the income of banks invested in Turkey is at risk. With a day light of European economic data, we expect macro themes to continue to drive markets today. Smart’s corporate FX risk management desk has noted a sharp increase in hedging activities this week as UK businesses protect against further euro gains (against sterling). The cost of hedging against a lower pound is increasing: 3-month EURGBP implied volatility spiked to the highest level since March as bets of a weaker pound continue.

The dollar continues to trade higher against a basket of currencies: the US Dollar index is near to the highest level in 12months and interest rate expectations will likely keep the dollar up in the near term. The dollar took heavy gains against the lira, kiwi and rand in yesterday’s trading session, extending gains overnight. Geopolitics is taking centre-stage and we expect this to continue into the weekend.

The Turkish lira hit record lows as a rift between Turkey and the US appears to be opening. The lira has lost over a third of its value this year, a price move taken advantage of by Smart’s clients importing from Turkey. President Erdogan is expected to speak today, likely talking down the lira’s weakness and the exposure faced by Turkey’s key creditors. The Russian ruble weakened to its lowest since November 2016 as the US announced it will impose sanctions against Russia following the poisoning of a former Russian agent in the UK earlier this year.

Stock markets fell in the Asia trading session and Europe trading opened lower across the board as investor caution heightens. The stock price of Unicredit, BNP Paribas and BBVA all opened lower due to their exposure to Turkey. Safe haven currencies the Swiss franc and Japanese yen strengthened as risk-off sentiment tracked across the globe.