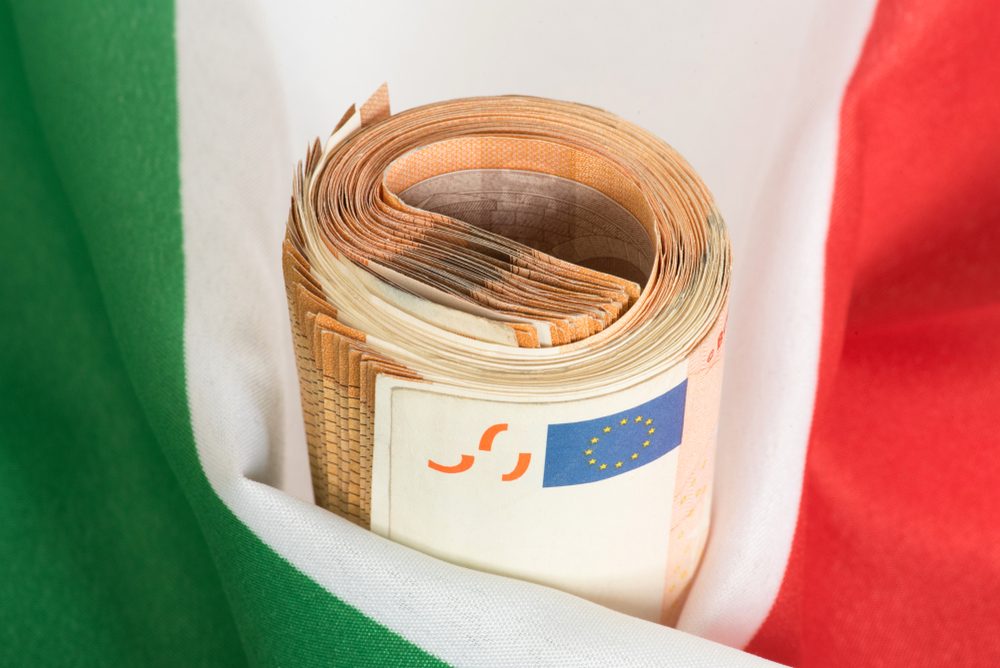 Italy’s refusal to change its plans for next year means that a budget proposal clash with the European Union appears inevitable. The eurozone’s third-largest economy has refused to compromise on its economic targets, and sent a letter to Brussels yesterday which explained why it would be increasing its deficit to 2.4% of GDP. The prime minister, Giuseppe Conte, insisted that the increase in borrowing is needed to ensure that Italy’s economy grows, but the EU will likely reject the plans.

Indeed, there have been reports that the EU will seek a revision of Italy’s draft budget – the first time this has ever been asked of an EU member state. Italy’s populist government has asked for constructive talks with officials, but it remains to be seen whether an agreement can be reached. Conte insisted that Italy will not be leaving the euro and dismissed suggestions there could be an Italexit.

Closer to home, the pound took a bit of a hammering and fell below the $1.30 mark for the first time since 4 October 2018. At one point, it also dropped below the €1.13 mark, but climbed back above it towards the end of the afternoon. Unsurprisingly, the weakening came about through continued uncertainty over Brexit. Headlines over the weekend suggested that Theresa May doesn’t have long to save her job, but this has been reported a few times in the past. Given the impossible nature of the task at hand, it is difficult to see how anybody else could placate all sides of the cabinet, let alone parliament.

There were no major economic data releases yesterday, but today we will see the flash consumer confidence reading from the eurozone, as well as CBI distributive trades and business optimism. Bank of England Governor Mark Carney is also due to give a speech later this afternoon.

Finally, the news you’ve all been waiting for! Our currency forecasts are now available for you to download. As ever, there is a round-up of the previous quarter, as well as some of the things to look out for throughout the rest of the year. Most importantly, they include currency forecasts from some of the major banks around the world. Do let us know your thoughts and if you have any suggestions for future editions, do please let the team know.

Another day, another Theresa May speech delivered to MPs. This time, it was on the recent Brussels summit and she said progress has been made on the withdrawal agreement and the future relationship between the UK and EU. According to her, there is agreement on 95% of the deal, but the remaining 5% includes how to guarantee no hard border in Ireland. She added that she is unwilling to accept a backstop that could create a customs border down the Irish Sea.

The EU is now willing to consider a temporary UK-EU customs territory for the backstop, but whether her cabinet will agree to the final proposals is still unclear. If they do, May will then face the problem of getting the bill through parliament. There are now five months left until the UK withdraws from the EU and 5% left of the deal to agree. The markets didn’t take kindly to the news and sterling suffered losses against the euro and dollar.

Today we have the CBI industrial trends orders for October and the business optimism index for the fourth quarter of 2018.

The Italian budget row reared its head once more yesterday, with reports that Italy will not back down on its budget deficit proposals. The Italian government said it won’t let the country’s budget deficit widen further than the 2.4% target for 2019, with Prime Minister Giuseppe Conte saying that the shortfall might well come in below that figure.

However, Brussels looks set to reject the proposals and insist that Italy revise its plans – the first time it has ever asked a member state to do so. We will learn more today, but the outlook doesn’t look all that positive at present, with both sides unlikely to concede ground. Conte felt moved to say that Italy will not exit the EU or the euro, but the fact he even took the time to say that is reason for concern.

Today the only release on the schedule is the eurozone’s flash consumer confidence reading for October. It is expected to fall to -3.2 from -2.9 in the previous month.

USD: dollar enjoys a fine start to the week

It was an extremely quiet day in America yesterday, with the Italian budget row and lack of progress in the Brexit negotiations dominating the headlines. However, despite the lack of economic data, the dollar made some healthy gains against both sterling and the euro. The dollar has enjoyed an extended period of gains recently and only slid towards the end of last week as traders indulged in a profit-taking move.

It is fairly quiet today too, but on Wednesday we will see a raft of purchasing managers’ indices, as well as new home sales for September. The highlight of the week will be the GDP growth rate for the third quarter of 2018, set for release on Friday. Analysts are expecting growth of 3.3% this time around, down from 4.2% in the previous quarter, but still extremely positive.