Brexit plan rejected by majority of 230 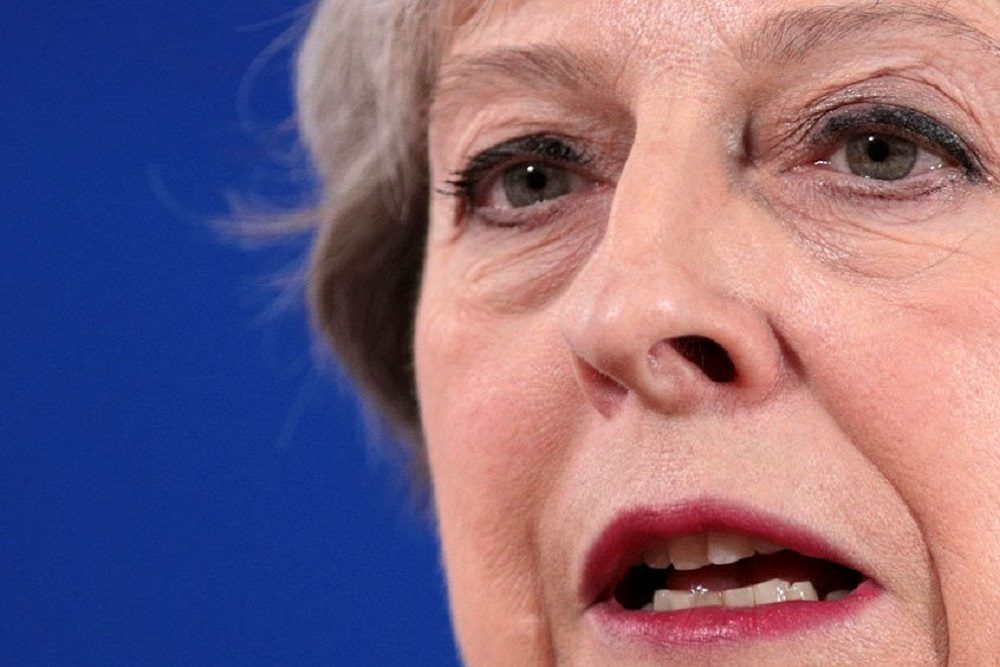 Oh dear. Last night, Theresa May suffered the heaviest Parliamentary defeat of any British prime minister in the democratic era. MPs rejected her Brexit deal by a majority of 230 which was arguably worse than even she might have expected. Jeremy Corbyn said he will table a no-confidence motion in the government, which will be voted on at 7pm tonight. May has the backing of the DUP and Tory MPs so she will likely win that vote, but it does raise the question of what will happen next. There will be increased pressure on Labour to support a second referendum and it is believed that Conservative MP Dominic Grieve will present two bills to the House which call for a people’s vote.

Remarkably, the pound actually strengthened following the result of the vote. This flew in the face of what pretty much everyone expected to happen and while it is reasonable to expect continued volatility throughout this week and beyond, it helps cement the fact that you never can tell what is going to happen. May’s defeat could prove to be a victory for those hoping for a no-deal Brexit or those hoping for no Brexit. The City clearly isn’t sure whether the result is good or bad news for the UK, with movements this morning rather muted. Importantly, there is no consensus over the impact of the result and until there is, there won’t be any big movements in either direction.

As for May, she will begin cross-party talks this morning with a view to agreeing a new approach. As the PM pointed out in the Commons yesterday: “It is clear that the house does not support this deal, but tonight’s vote tells us nothing about what it does support.” She will be hoping to find out sooner rather than later.

Following May’s Parliamentary defeat, the European Council president, Donald Tusk, sent a Tweet that was a thinly veiled call for the UK to remain in the EU. Jean-Claude Juncker, the European Commission president, asked for clarity from the British government as soon as possible, while Emmanuel Macron said that the EU might make one or two improvements, but he didn’t really think so. It’s all a bit of a mess at present and it is extremely difficult to predict what will happen next.

That is one of the chief reasons we encourage our clients to forget about second guessing the markets and instead protect your company through effective risk management. What can be controlled in this uncertain world is very limited, but we believe you would be well placed to put strategies in place that give you certainty. Contact our team today to find out how we can help you protect your budgets, margins and profits.

Last night, the British prime minister suffered the worst Parliamentary defeat of the democratic era. In December, May had postponed the vote as she faced a humiliating defeat, but since then there has been virtually no improvements to the original proposals and, as expected, she was crushed in the Commons. It is arguably more embarrassing than it would have been had she not postponed the original vote and it certainly gives the UK less time to find a way out of this mess.

Unless article 50 is extended of course and some MPs have said they are assuming that this will have to happen to move forward. May faces a confidence vote tonight and although she is expected to win, it will put further pressure on her and the government as a whole. Dominic Grieve will table two bills today that call for a people’s vote. We might yet have a second referendum which could have the effect of deepening divisions in this country.

The pound actually moved higher against the euro and dollar following the result, as traders tried to work out whether the news was good or bad. Admittedly, the moves were fairly muted and we can certainly expect more dramatic moves once the future direction of the UK is known.

There were no economic data releases from the UK yesterday, which was just as well given the vote on Theresa May’s Brexit plans, but today picks up a little. We will see December’s inflation rate, which is expected to fall to 2.1% from 2.3% the previous month, as well as the retail price index for last month. The Bank of England governor, Mark Carney is also set to deliver a speech this morning and it will be interesting to see what he has to say about last night’s result.

Figures released yesterday showed that the German economy grew at its slowest rate in five years in 2018. The eurozone’s largest economy expanded by just 1.5% throughout last year, down from growth of 2.2% in 2016 and 2017. The Federal Statistics Office said that while the economy shrank in July to September, it probably grew in October to December, suggesting that Germany narrowly avoided falling into a technical recession.

There are several reasons for the disappointing data, including a weaker global economy, fears that the UK will leave the EU without a deal, and new car emissions tests. Germany’s car industry has struggled to meet the tougher standards. The economy ministry believes that growth will keep expanding throughout 2019 which, if true, would put paid to fears of a recession, but nothing is certain at the moment.

We also saw the eurozone’s balance of trade figures for November 2018, which showed the trade surplus narrowed to €19 billion from €23.4 billion in the same month the previous year. This was much better than the €13.7 billion the markets had been expecting, although any optimism surrounding this release is curbed by the German GDP figures.

There was some early optimism on the stock markets yesterday, as Chinese policymakers said they would take action to stimulate growth and prevent an economic slump. China’s finance ministry has pledged to slash taxes in a bid to help companies. The news was initially well received by the markets, but the moves proved short-lived as analysts are concerned about how quickly all of the pledges will happen.

The Federal Reserve’s Neel Kashkari delivered a speech yesterday which toed the recent line of policymakers. Kashkari is known for being a bit dovish and the markets didn’t really react to anything he said, but it is worth noting that after confirming that any 2019 rate hikes will be dependent on data, he said he is not seeing any data at the moment to support further hikes. Interestingly, he also said that monetary policy is meant to be non-political, in what is clearly a response to recent comments made by Trump.

It’s a fairly quiet day in the US today, but we will see mortgage applications up to 11 January 2019. December’s import and export prices are also set for release. Tomorrow we will see initial jobless claims up to 12 January 2019 which are expected to nudge up to 220,000 from an impressive 216,000 last time.