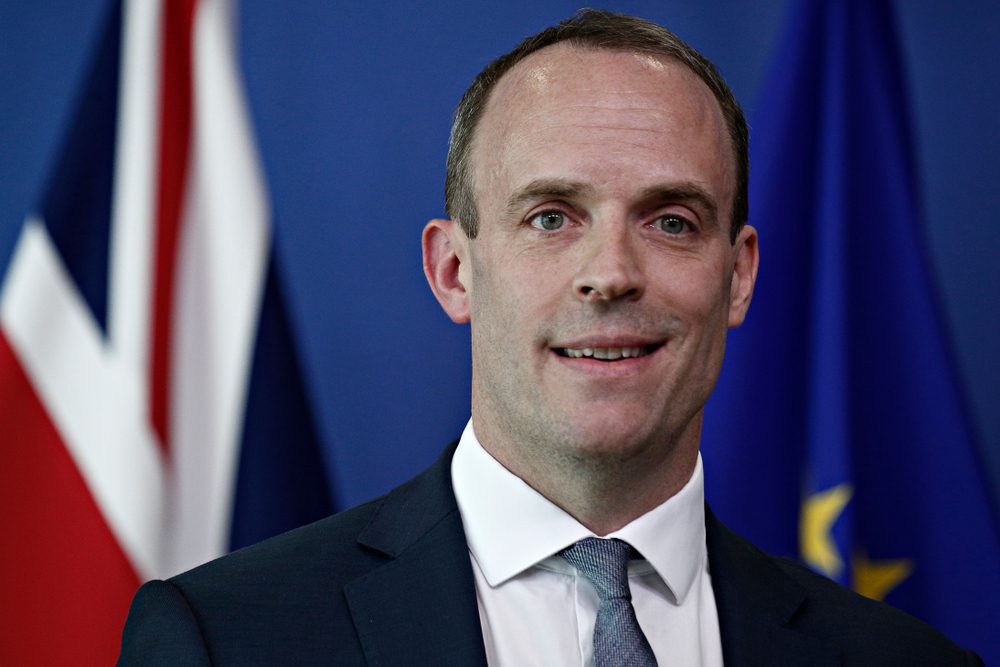 Well well well. After all the uncertainty, all the talk, all the false starts and all the volatility, yesterday we received news that a Brexit deal could be finalised within three weeks. Sterling had been having an OK day until the mid-afternoon, but then reports came through that the Brexit secretary, Dominic Raab, had sent a letter to Hillary Benn in which he said a Brexit deal was in sight. The letter, dated 24 October 2018, said “We have resolved most of the issues.”

The market response was immediate and the pound jumped against the dollar and euro. It actually slipped back a little afterwards, but talks of a breakthrough appear to have bolstered sterling – at least for now. Indeed, government sources were quick to state that Raab’s letter does not mean there has been a breakthrough or that there will definitely be an agreement in place in three weeks. Some even went as far as to suggest that it was an attempt to keep the pace of negotiations up.

It goes without saying that there is still a long way to go, as parliament will need to agree any deal, but it represents the most positive Brexit-related news we have seen for some time. Having said this, it would not be a surprise were it to prove yet another red herring. Perhaps it is better for us all to just wait until a deal has actually been agreed, signed and the ink has dried. Unfortunately, the currency markets don’t quite work like that, which is a chief reason behind our insistence that UK businesses would be wise to have a risk management strategy in place.

Believe it or not – we were going to send an email to our clients yesterday to explain that sterling had shed 4.5 cents against the dollar in past ten days, so it was time to start thinking about hedging, or taking the profit and hedging out your exposure again (depending on whether you bought or sold dollars). However, we had to scrap that because of yesterday’s events – if that doesn’t show how things can change in an instant and that nobody knows what is going to happen then, frankly, nothing will.

Speaking of nobody knowing what is going to happen, why not take the time to download our currency forecasts if you haven’t already? They’ve proven hugely popular to date and include currency predictions from some of the major banks around the world. The disparities between what the so-called experts think is going to happen between pairings over the course of the next year make for fascinating reading.

Until the afternoon, the major talking point was the stock market rally, which saw the FTSE 100 jump by more than 100 points and Wall Street opening higher too. Facebook shares bounced back, which helped the markets rally. However, it is worth bearing in mind that the FTSE 100 started the month over 7,500 points, so it is still down overall.

But then came some Brexit-related news and everything else was blown out of the water…at least for a bit. The pound rallied against the dollar and euro following reports that a Brexit deal will be finalised within three weeks. Some MPs were quick to point out that this is far from certain at the moment and the pound fell back a little, but all in all it ended up being a pretty good day for the pound.

The only piece of economic data on the schedule yesterday was the Gfk consumer confidence reading for October which came in as expected at -10. This was a drop from -9 the previous month and was largely brought about because of how British consumers feel about the economy in light of Brexit uncertainty. Perhaps the reading will be much improved next month – especially if what Dominic Raab says proves to be true.

The Bank of England will announce its interest rate decision later today and, while it is more or less certain that rates will be kept on hold this time around, it will be interesting to see what policymakers say about future economic policy. They will no doubt be asked about Brexit and one wonders whether yesterday’s news will have a bearing on their response.

Ultimately, the releases appear to support the European Central Bank’s decision to ease its stimulation package. However, hindsight is a wonderful thing and the fact that the eurozone GDP growth rate was pretty disappointing in the third quarter of 2018 suggests that some more stimulus could be needed sooner rather than later.

Meanwhile, unemployment was unchanged at 8.1% which is the joint-lowest rate in a decade. It is still much higher than the UK and US though, which could be a concern in the not-too-distant future. The euro slid against the dollar and lost ground against sterling following the aforementioned Brexit announcement from Dominic Raab.

When the opening bell rang, Wall Street opened higher in what proved to be a Halloween rally. The Dow Jones industrial average leapt by 251 points which followed on from Tuesday’s 400-point jump. Facebook shares jumped by 5% as the recent results from the social network behemoth pleased investors.

Employment changes figures showed that private businesses in the US hired 227,000 workers in October, compared with a downwardly revised 218,000 in September and above market expectations of 189,000. It is the highest reading in eight months and yet further evidence that the US economy is performing extremely well of late.

Today we will see initial jobless claims up to 27 October, as well as the manufacturing purchasing managers’ index figures for October.