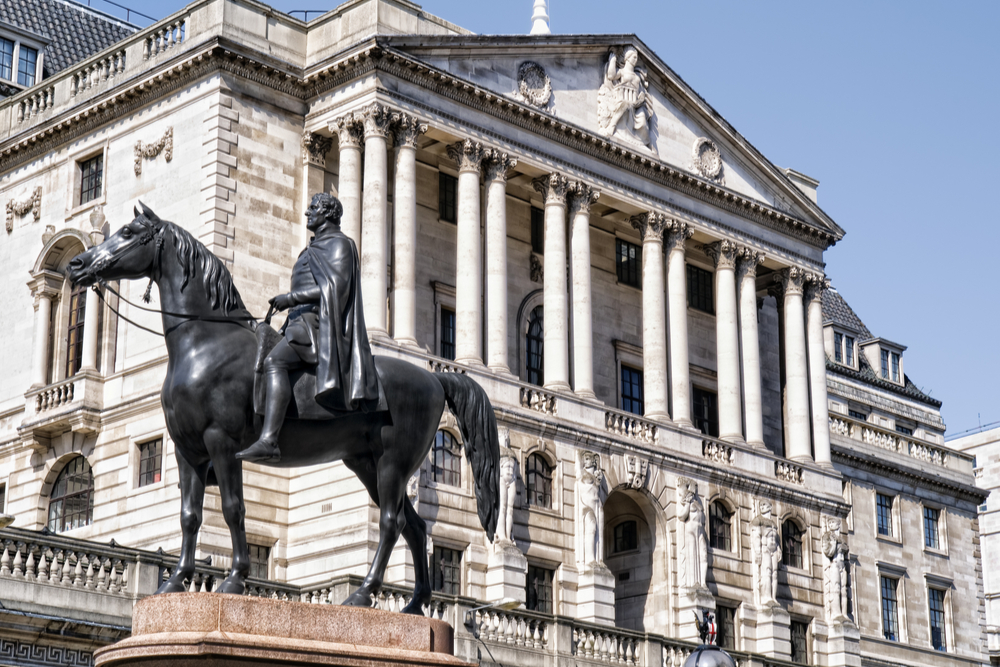 The Bank of England is to decide its interest rate on Thursday.

The pound saw plenty of support last week as global economies battled with a number of issues, from gas restrictions to ‘technical recessions’. This morning, sterling remains stronger against the euro and the dollar.

The UK’s data calendar is full this week, with PMI figures due today, house prices tomorrow and the Bank of England’s latest interest rate decision on Thursday. Markets have been largely expecting another 25-basis point hike, however, there are now signs that a more aggressive, 50-basis point hike could be on the cards. This would be the largest hike for 27 years.

As the race to become the next UK prime minister continues, Rishi Sunak has vowed to reduce the basic rate of income tax from 20% to 16% by the end of the next parliament, in what he has called the “largest cut to income tax in 30 years”. Many have criticised this as being too slow.

In a landmark deal between Russia and Ukraine, the first ship carrying grain left a Ukrainian port this morning. Russia has been obstructing Ukrainian ports since February, so it is hoped that this deal will finally alleviate the global food crisis.

The pound strengthened against both the euro and the dollar last week following news that the US is entering a ‘technical recession’ and growing tension between Russia and the eurozone. This morning sterling remains up.

It’s a busy week in the UK data calendar with manufacturing PMI figures due this morning, house price data tomorrow and the Bank of England’s next interest rate decision on Thursday. Markets have been expecting another 25-basis point hike, however, rumours of a larger, 50-basis point hike have been flying around.

In the political world, Rishi Sunak has announced that if he wins the UK leadership race, he will cut the basic rate of income tax from 20% to 16%, in what he has called the “largest cut to income tax in 30 years”.

After a dismal week last week, the euro has strengthened slightly this morning ahead of PMI data.

Gas threats from Russia remain in the eurozone, weighing heavily on the euro. “A complete shutdown of gas supply from Russia to the EU now looking much more likely,” said one economist.

German retail sales data slumped in June and fell a whopping 7.7% compared to this time last year. A series of PMI figures are being released this morning which could support the euro.

The dollar rebounded on Friday after US Personal Consumption Expenditure (PCE) inflation came in higher than expected.

PCE jumped 1% in June, the largest increase since 2005. This has further increased expectations that the Federal Reserve could continue to raise interest rates aggressively to tackle rising inflation.

This week, we will see several key data releases for the US including ISM manufacturing PMI figures today and non-farm payrolls on Friday.