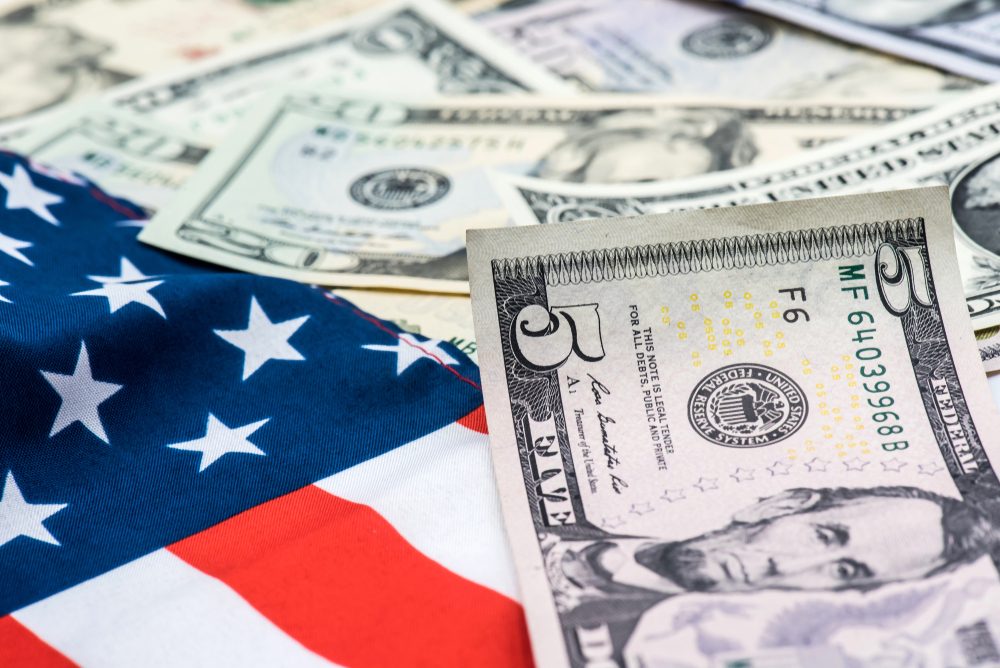 The big release from yesterday was the final reading of the US GDP growth rate for the first quarter of 2018. The previous estimate was 2.2%, from 2.9% in the fourth quarter of 2017, but the final reading surprisingly fell to 2%. While the American economy is still growing faster than Britain, the sharper slowdown is not welcome news.

However, US policymakers are unlikely to be too concerned, as there is a general consensus that the second quarter of 2018 will show healthy growth. Indeed, some preliminary estimates are putting GDP for the second quarter at 4.5% which would be quite the recovery. It will certainly be interesting to see what the first official estimate is.

Meanwhile, the pound weakened against the euro and dollar, falling to a fresh seven-month low against the greenback. Fears that British households with high debt levels might be in a whole lot of trouble if the UK economy falls into a recession sparked some of the move. Continuing Brexit uncertainty is not helping matters either, with some warning that the UK could be headed for the worst possible Brexit deal.

The recent sterling slides should have surely showed you how important mitigating your foreign currency risk is. Speak to one of our team today about methods of protecting your budget, margins and profits. The peace of mind this affords UK businesses can hardly be overstated and, while FX should never be thought of as a revenue stream, if the right strategic approach is taken it can be a means of guaranteeing cash flow.

Sterling hit a fresh seven-month low against the dollar yesterday as the Bank of England’s Deputy Governor, Jon Cunliffe, said he is concerned about families with high debt levels. Cunliffe warned that if the UK economy falls into a recession then households with substantial debt would be badly affected. In addition, if interest rates were raised, then mortgage debt – which accounts for around 75% of total UK household debt – would be more expensive to repay.

Today is extremely busy for UK economic data, with the all-important final reading of the GDP growth rate for the first quarter of 2018. This will give us a real indication of how the British economy has fared to date. We will also see mortgage approvals, business lending and Gfk consumer confidence. We could see some sterling volatility throughout the day.

EUR: euro stops the recent rot against the dollar…for now

The euro stopped the rot against the dollar yesterday, by strengthening following the release of some positive economic data. It performed well against sterling too, as economic and industrial sentiment came in above expectations in June. However, it is worth pointing out that they hovered around the same mark as last month, it’s just that analysts had expected a dip.

Business confidence for the eurozone came in at 1.38 from an upwardly revised 1.44 the month before and against expectations of 1.4. Services sentiment hit 14.4 against an expectation of 14.2, and consumer confidence fell by 0.5 which was as expected. It is the lowest reading since October and is largely a result of negative assessments of the eurozone’s general economic situation in the future.

German inflation came in as expected at 2.1% in June from 2.2% the month before (which was a 15-month high), while Gfk consumer confidence was slightly better than expected at 10.7. The figure is unchanged from a six-month low, but was still above market expectations of 10.6.

The eurozone’s flash inflation rate for June will be released this morning and is expected to have crept up to 2% from 1.9% the month before. This would put it smack bang on the European Central Bank’s target rate. It will be interesting to see if the figure can come in any higher and, if it does, whether this will increase expectations of an interest rate rise before the middle of next year.

We will also see retail sales and the unemployment rate from Germany. The eurozone’s largest economy hasn’t been performing all that great recently, as fears of a global trade war weigh heavily on confidence.

The American economy did not perform as well as initially thought in the first quarter of 2018. Figures released yesterday showed that growth slowed to 2% from a previous estimate of 2.2%. It is expected that the economy will show a significant recovery in the current quarter, as Trump’s tax cuts have boosted demand, and some are predicting an annualised rate of 4.5% next time around.

The dollar performed well against the pound but weakened against the euro following some positive economic data releases from the eurozone. Still, the dollar has been doing well of late and figures released on Wednesday showed that exports have not suffered as a result.

The final reading of the University of Michigan’s consumer sentiment will be released today. It is forecast to increase to 99.2 in June from 98 in May. We’ll also see the personal income and spending figures for May.