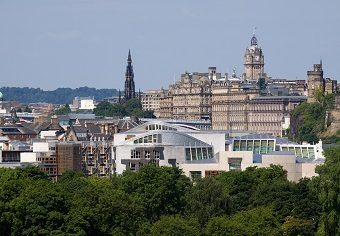 Sterling surged to multi-year highs of 1.28 against the euro and peaked at 1.6525 against the US dollar as Scotland voted to remain in the U.K. “This morning’s result puts to rest two years of uncertainty which rocked the markets in the past month as the polls suggested the decision would be extremely close,” says Carl Hasty, Director of international payments specialist Smart Currency Business. “The increasing uncertainty drove sterling weaker against its major trading partners; but, these losses have mostly been unwound over the past 48hrs as momentum gathered behind the ‘No’ campaign before we saw confirmation of the decision this morning with Scotland rejecting independence by 55% to 45%.

“As the Scottish referendum question comes to a close, the focus for sterling will shift back to the Bank of England and when the central bank may look to raise interest rates. Although improving on the whole, sentiments surrounding the future of the UK economy are mixed as the process of devolving powers to Scotland starts to take place. The currency climate retains its volatility – more than ever, businesses trading internationally require robust currency-buying strategies in order to minimise losses and mitigate risks on currency costs.”