Negative Interest Rates in the Eurozone Could Boost UK Exports 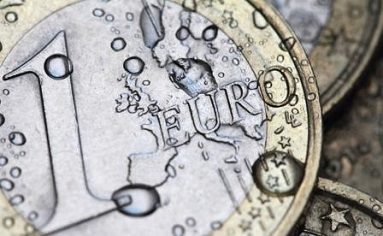 Speculation on methods that the European Central Bank (ECB) could implement to combat mounting deflation in the Eurozone has intensified in the follow-up to the ECB meeting on 5 June 2014.

“The ECB’s overall target inflation rate is just under 2%, but it has been stuck below 1% for over half a year,” says Carl Hasty, Director of international payments specialist Smart Currency Business.

“Last week we saw worsening figures out of Italy and Spain, with Italy’s EU-harmonised inflation rate dropping from 0.5% to 0.4% year-on-year in April. The Spanish inflation rate fell from 0.3% to 0.2%.

“Inflation across the bloc registered at 0.7% across the Eurozone, significantly lower than desired. Now, more than ever, the ECB is under immense pressure to act.

“It is widely expected that the ECB will implement a negative deposit rate. This is what commercial banks will be charged for placing reserves overnight with the central bank.

“The hope is that this cost will motivate banks to loan funds out instead, which would be used to stimulate growth in the Eurozone economy, and, ultimately, increase spending and prop up – if not increase – the inflation rate.

“Given that the Eurozone is currently the UK’s largest export market, an improvement in its economy could indirectly boost UK exports to the area.

“The concern with this strategy is that it could cause an economic bubble, which could lead to mountains of unpaid debts to banks, as seen in Japan in the 1990s. It will be interesting to see what other elements of monetary policy the ECB might throw into the mix to encourage economic recovery and stable growth within the Eurozone.”