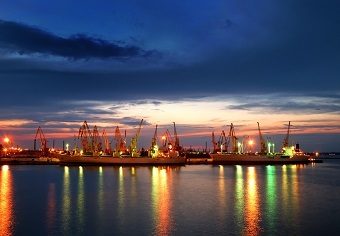 Mark Carney has received mixed results on his report card amidst the one-year anniversary of his stewardship of the Bank of England (BoE). Sentiments have largely been positive, with some concern over Carney’s communication of the iterations of BoE forward guidance plans presented in the last year.

Chancellor George Osborne’s plans for a £1-trillion UK export market by 2020 seem to be more unlikely as the deadline approaches. Although Carney has succeeded in pulling the UK economy out of a recession, improving inflation levels and strengthening sterling, it could be argued that his achievements are hindering UK exports.

The strengthened sterling has dealt a direct blow to UK export competitiveness. This makes UK exports more expensive for overseas buyers to purchase – a problem that is particularly pertinent in the Eurozone, the UK’s largest export market, with a weakened euro making it difficult for buyers to purchase UK goods and services.

“The UK’s economic fortune does not necessarily need to impede UK export growth,” says Carl Hasty, Director of international payments specialist Smart Currency Business. “In guiding the UK from recession to growth, Carney has managed to wow the markets into a strong sterling.

“However, the negative effects of this on UK exports are a short-term problem. We need to look at this in the longer-term: a strong UK economy should help UK productivity. We can produce more in order to supply overseas markets – and not just in the Eurozone. Trade agreements and proximity make it easier to trade with Eurozone buyers, but UK exporters should not discount the potential profits from trading with other export markets, too.

“The unlikeliness that we’ll reach the £1-trillion exports target isn’t a consequence of Carney’s policies. It is largely due to a lack of awareness amongst UK exporters about the possibilities that are available to them.

“There exists a considerable amount of support for UK companies wishing to export for the first time or to expand their overseas sales activity. Businesses need to be made aware of this and to grab it with both hands.

“The success of Carney’s policies is setting UK businesses up for more, considerable growth. More can still be done in order to break barriers to overseas markets, but businesses should know that there are already practical support and resources to help them export effectively.”