Pound stronger as Russia plans to focus on eastern Ukraine 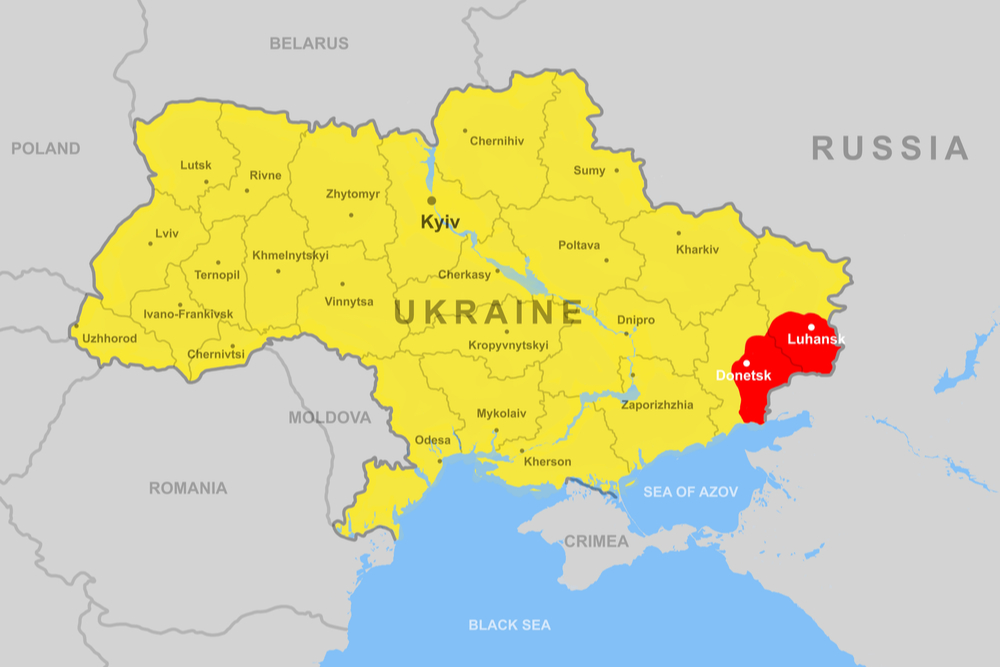 The pound is stronger against the euro this morning following news that Russia has withdrawn troops from northern Ukraine to focus on the east, known as Donbas.

A spokesperson for the Kremlin revealed that Russia has suffered “significant losses of troops” in Ukraine and that many of the forces need “significant replenishment”. He added that, despite this, there were no signs of an end to the fighting.

The euro saw a brief boost yesterday after the minutes of the latest European Central Bank meeting revealed that members were keen to end monetary stimulus and raise interest rates, potentially sooner than expected.

In the UK, Prime Minister Boris Johnson has received criticism to his energy security plan. Many say it does not do enough to help struggling households with soaring energy bills.

The pound has strengthened further against the euro but has fallen to monthly lows against the dollar.

Prime Minister Boris Johnson has defended his recently announced energy security plan – which aims to increase the UK’s energy independence by boosting nuclear, wind and hydrogen power – after criticism that it does not do enough to help the soaring consumer energy bills.

In the data world, a survey by the Bank of England revealed that nearly half of UK businesses expect the Russia-Ukraine conflict to impact their sales in the year ahead.

It’s a quiet day for data releases today, but we will see GDP figures for February on Monday and unemployment figures on Tuesday.

The euro has fallen further against the pound and the dollar this morning with the conflict in Ukraine remaining the main reason for its decline.

The single currency saw a brief boost after the European Central Bank released its latest monetary policy meeting minutes. They were more hawkish than expected, with policymakers showing eagerness to end stimulus and raise interest rates. However, strong data from the US meant the euro’s strength was short-lived.

All eyes will now be on next week’s ECB meeting in which these hawkish comments could turn into reality.

The dollar is stronger this morning as markets continue to react to hawkish comments from the Federal Reserve and better-than-expected jobs data.

Initial jobless claims fell to their lowest level since 1968 last week, to 166,000, suggesting that the US workforce has remained strong despite inflationary pressures and concerns over the Ukraine war.

Next week, inflation data for the US will be released and is expected to rise.