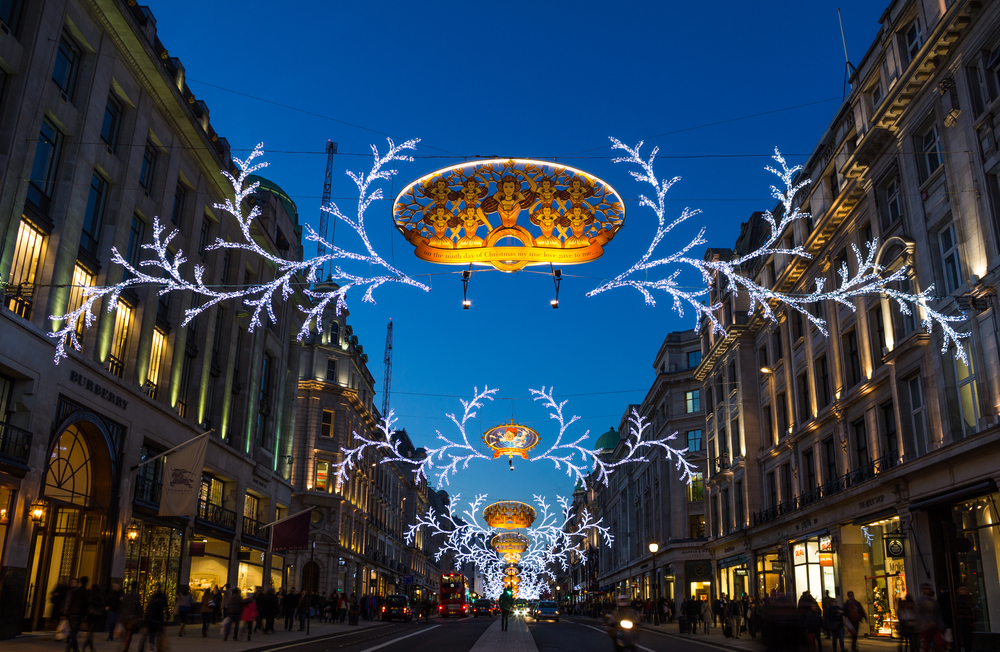 Sales fell on the high street as Christmas shoppers stayed away (mikecphoto / Shutterstock.com)

The prompt appears to be fresh hopes that the threat of further lockdowns has fizzled out as Covid-19 becomes endemic in the population at a rate that the NHS can cope with. The government looks likely to cut the Covid isolation period to five days.

This morning’s sharp rise in sterling builds on a month of steady increases.

Later today US Federal Reserve chair Jerome Powell will talk about plans for beating inflation, which is at its highest for 40 years in the USA.

In the business news today, housebuilders are counting the potential cost of replacing fire-risk cladding on low-rise buildings following a decision by the UK government in the wake of the Grenfell Tower disaster.

Sterling has strengthened again this morning, going beyond yesterday morning’s gains and rising fractionally above the €1.20 mark. Whether it can sustain that level will depend on how the markets view the post-Covid economy as they look to the spring. Read more about that in our new Quarterly Forecast, which will be out next week.

Early this morning British high streets reported a decrease in retail sales in December compared to the previous year, as social distancing in the face of the Omicron upsurge encouraged shoppers to buy online instead. The supermarket Aldi, however, is boasting this morning that it’s the only UK supermarket to increase sales on both 2020 and 2019.

There is a mixed bag of fairly low-level data releases this week, including a final reading for labour productivity, before things liven up with Balance of Trade, GDP and various industrial output figures on Friday.

The euro has had a mixed 24-hours, falling against sterling and the US dollar but strengthening elsewhere.

Yesterday, eurozone unemployment was recorded at 7.2%, the lowest level since March 2020. There were regional and demographic differences, however, with Spain at 14%, Italy 9.2% and France 7.5%, while the Netherlands and Germany were 2.7% and 3.2% respectively. Of Europe’s under-25s, 15.5% are unemployed.

Later today we’ll hear retail sales for Italy, but in a quiet week for data it may be speeches from European Central Bank (ECB) interest-rate setters that grabs the headlines. Later this morning we will hear from Christine Lagarde, President of the ECB.

Following six months of steady strengthening against the euro, the last six weeks have seen the dollar struggling against both euro and sterling.

Yesterday, however, while global stock markets responded negatively to reports that the Federal Reserve may raise interest rates early in an attempt to beat inflation, the dollar shot up, briefly, although that has dissipated since and the dollar ended the day down against all of it’s top 15 rivals.

This morning the dollar hit a two-month low against the pound.