The pound and interest rates 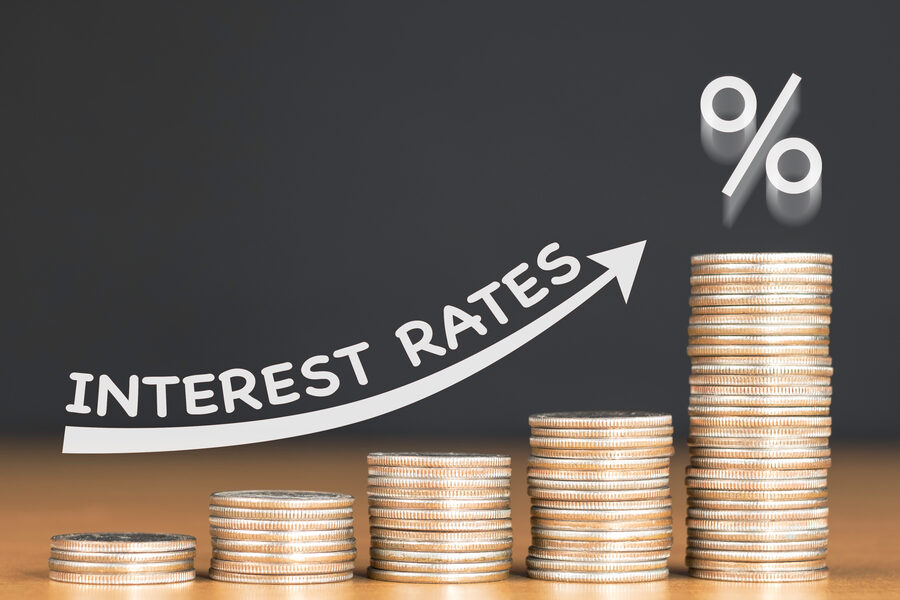 After cutting the interest rate twice in 2020, the Bank of England has since hiked the rate at 2022 monetary policy meetings. We take a look at how and why the pound has reacted.

How does the Bank of England change the interest rate?

The Bank of England has lowered interest rates several times in recent years. In 2009 it was due to the global financial crisis, in 2016 following the Brexit referendum and in 2020 due to the pandemic, when it was cut to its lowest ever rate of 0.1%.

Between December and June 2021 to 2022, the Bank of England raised the interest rate five times, largely due to high inflation.

Inflation in May was its highest in 40 years at 9%, far above the Bank’s target of 2%. In raising the interest rate, the Bank of England hopes that this will reduce inflation.

What impact do interest rates have on the pound?

If there are signs that the UK economy is expanding (such as the Bank raising interest rates), the pound is more desirable for investors. The general assumption, then, is that the pound strengthens when interest rates go up and weakens when they go down. However, this isn’t always the case.

In fact, sterling’s reaction to interest rate announcements is anything but predictable.

It’s not just the act of raising or cutting interest rates that impacts the pound’s movements. The rhetoric surrounding the announcements and expectation for future action can also impact sterling.

For example, at February’s Bank of England meeting, the interest rate was hiked to 0.5%, causing the pound to strengthen initially. However, BoE Governor Andrew Bailey subsequently said that the economy is not “roaring away”, so it would be a mistake to expect that interest rates are on the “inevitable long march up”. Despite the interest rate being raised, these comments caused the pound to weaken.

At the Bank of England’s March meeting, the interest rate was raised to 0.75% – where it was before the pandemic lockdowns began two years ago. The assumption was that the pound would strengthen on this news, but it weakened. Why?

A single member of the nine-person Monetary Policy Committee voted against the interest rate hike. This dovish attitude caused the markets to worry that other officials could begin to share a similar view in the coming months. Sterling weakened as a result.

In June, the interest rate was raised by 25 basis points. A rise of at least this size was ‘priced in’ and disappointed the markets compared to the US Federal Reserve’s 75 basis point hike, which was announced the day before.

When are the Bank of England’s next interest rate decisions?

The Bank of England will hold its next monetary policy meetings in 2022 on the following dates: 04 Aug / 1Sep / 03 Nov / 15 Dec. More interest rate rises are forecast this year. However, whether they materialise or not depends on a number of factors.

It is, therefore, difficult to say for sure how the Bank of England will manage interest rates this year and nearly impossible to predict how the pound will fare as a result.

To discuss how we can help you to manage your currency risk effectively, please contact us on 020 7898 0500 or email info@smartcurrencybusiness.com.