Funding for Your Film: Practical Tips for Producers and Filmmakers 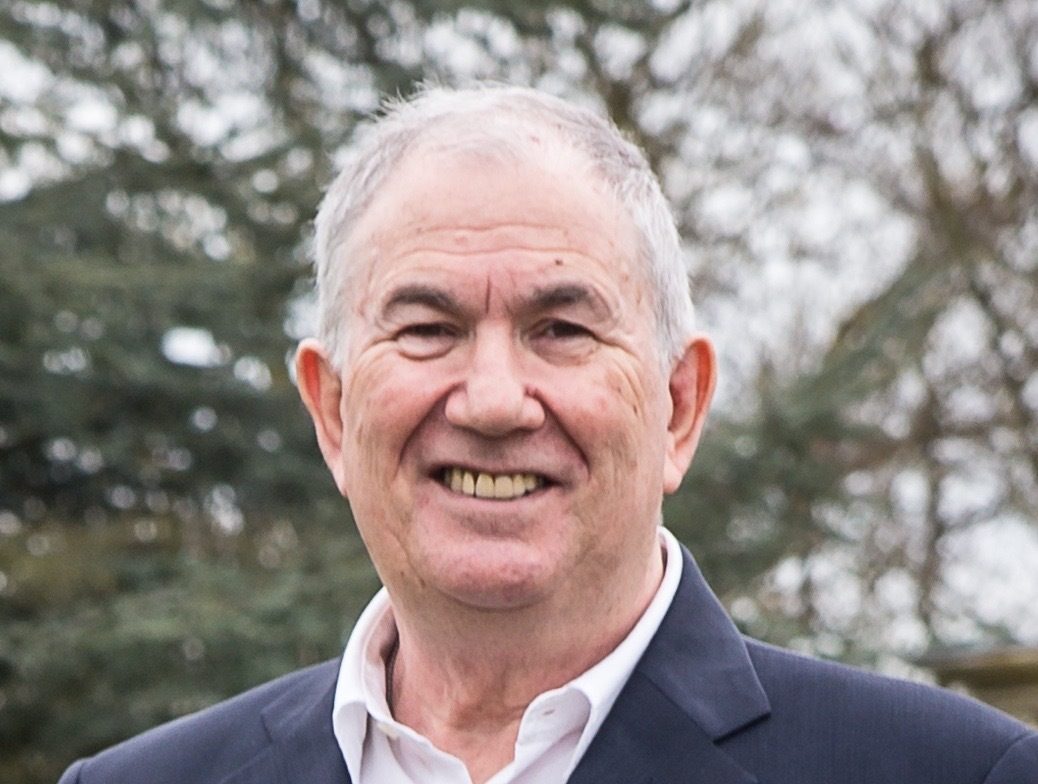 Producer, filmmaker, author and playwright Tony Klinger co-founded investor group Creative Den, which aims to arrange funds via a vast network of Angel Investors for promising creative projects, including those in the film and TV industry. Here are his tips on how to pitch for film funding:

Passion is important…
You need to be passionate, because the process of raising finance is difficult.

…but it’s not enough
Passion is the petrol for the machine, but it’s not the machine. We have to look at other factors of huge importance, like your marketing and sales strategies.

Know your finances
An enormous number of people we’ve dealt with couldn’t read a balance sheet. To be a good producer you’ve got to be familiar with terms like turnover, gross profit, net profit, and so on. Anyone can pick this up, but it needs to be addressed.

You can’t make someone creative, but you can demand a business-like, professional attitude. Many people haven’t thought about matters like buying currency, exchange rate fluctuations, forward contracts, et cetera. It affects people in the industry so much, but they just don’t know it.

If you don’t have your finances covered, you’ve got a problem. If we’re representing investors, we have a problem – people we work with have got to make sure they get their money in return. I think that’s fair.

Have a plan
The marketing and sales plans are key elements that we look for. Not the pre-packaged answers, like ‘a social media campaign and £1 million on advertising’ – that means nothing; everyone else can do that. We want to know is what you will do with this specific film or project that will make people notice it, and make it produce a return on investment. Almost universally people don’t know – they have no plan.

I was very fortunate. I was brought up by a man [producer Michael Klinger] who taught me the importance of having a plan. He’d ask, “What’s the best cinema to open a film in Philadelphia, on a Tuesday, when it’s wet?” Until I knew the answer he wouldn’t let me out into the world, because if that’s my business, why would I not want to know that?

Develop a critical path analysis so that you know what your target date is for achieving specific goals. Have these frameworks in place. You can give yourself some leeway, but really strive to meet those deadlines. 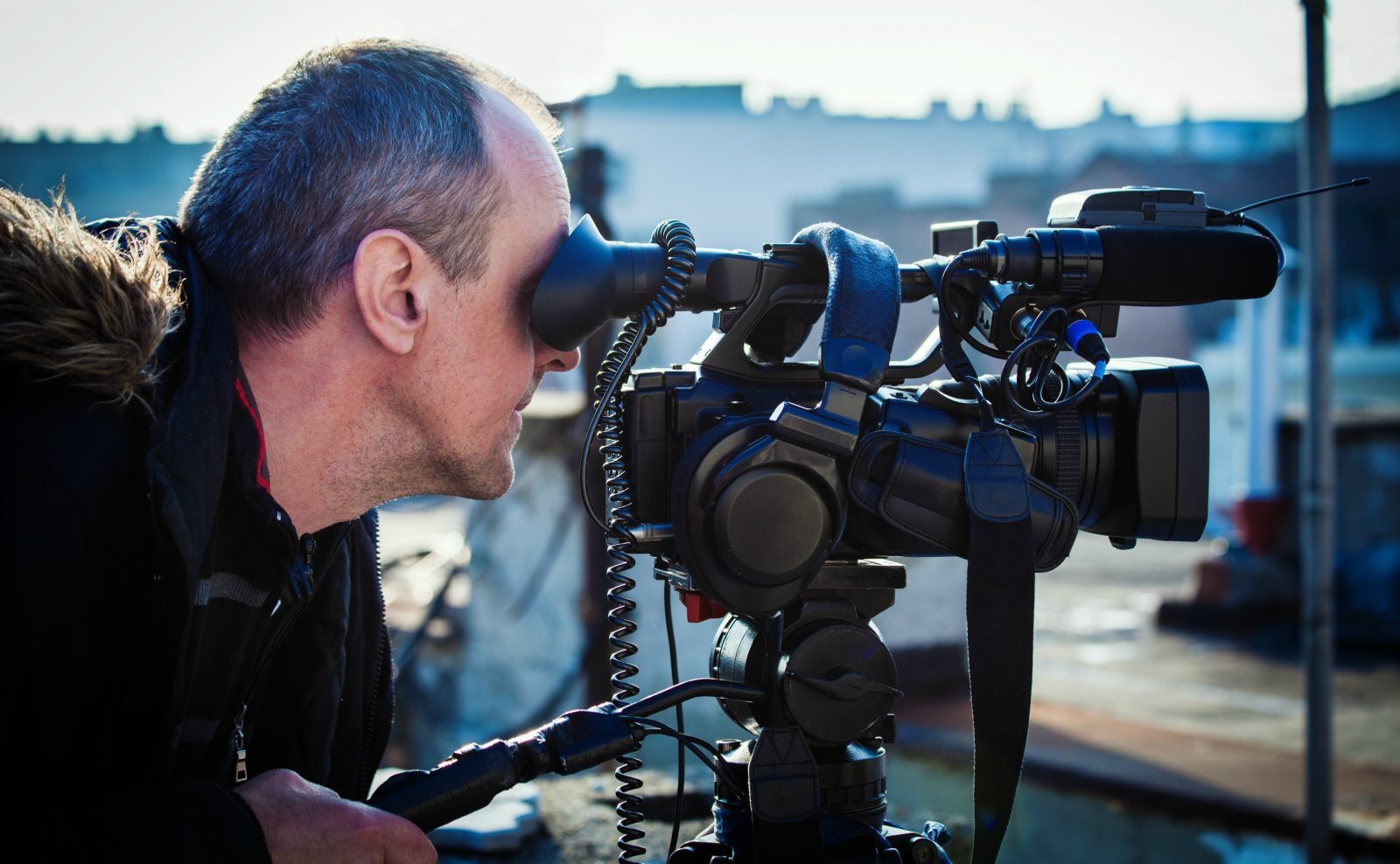 Don’t limit yourself
You’ve got unlimited potential unless you limit yourself, which you do as soon as you start following trends. That immediately demonstrates you’re two years behind the curve. People do that at their peril all the time. You’ve got The Blair Witch Project, and then you see 200 films like it – most aren’t going to succeed.

Diversify
I would be much more interested in a company that said, “Here are five films I would like to make” – maybe they can be collateralised and work together – rather than one which said, “I’ve got a shot here; I’m really passionate about it, and I’m going to do it”. That’s like shooting craps at a table – we don’t want to be a gambler at the table, we want to own the house (casino).

Transparency is key
The reason someone will fund you is if they trust that you’re going to deliver what you promised. We need you to give us evidence that you know what you’re doing. We have to check that you’re not charging too much for your own services –make the budget unbalanced and unfair. This doesn’t mean we want you to work for nothing, but it does mean that you’re not here just to make money. If your project is successful we hope you make a fortune.

Creative Den takes a very modest equity position and a success fee. We maintain an ongoing interest in order to mentor teams properly. Otherwise, our interest would end with, “Okay, you’ve got funding; goodbye. We don’t walk away, because we care about you, your projects and our investors.”

Be fair with funds
You can get people trying to get crews for free. That’s morally indefensible, that crew should be asked to work for nothing for the entirety of a production. We all know of productions which don’t fairly distribute contracted profits.

To counter this we will offer you our association with another company, Big Couch. They bring accredited professional crew to productions after checking the crew and the production outfit for half their published normal fees. The balance is due in a deferred position. The income from the production via distribution waterfalls to an appointed collection agency, who distributes money to the crew and others as per contract, rather than via the producer. This way, everyone knows where the money is; it’s the same report that goes to everyone. It also reduces your upfront cost by up to approximately 20%, which is a big saving.

Similarly we can provide direct access to legal, accountancy and talent expertise at competitive rates. We will also double check your projections via our distribution and sales colleagues and where appropriate we can discuss how you might improve your chances of success.

Show leadership skills
Producers need to have the charisma to accumulate talent. That’s not just about money, it’s the about the ability to lead and inspire a team and take it to an agreed destination, sharing your vision.

Be able to pitch
You have to be able to express what you want clearly, simply and concisely, because investors don’t have time to waste. They’re not going to sit there for three hours listening to your pitch.

Admit what you don’t know…
We encourage newbies to the party, but by definition some of them don’t know what they need to. That’s okay as long as they’re honest about it. I had someone recently say, “I don’t know what that means.” I told them what it meant, and they went away and did it. Don’t pretend to know. You will get found out and then you’ll look dishonest and stupid. Tell the truth, and do your research.

…you can find experts to help you.
Fortunately, we’ve found great alliances with people we work with – accountants, lawyers and other people who will help. Newbies need that kind of knowledge. It’s not just accountancy help, for instance, it’s knowing how to link it to distribution and sales, and knowing how to make the money flow properly. We’ve done deals, so we can provide guidance on this sort of thing.

Seek industry guidance
The new guy on the block won’t know these kinds of things as they won’t have that sort of information. You need someone riding shotgun, saying, “Don’t do that” if necessary. If you’ve sold to Italy, they might say that it will kill your deal if you do it with the UK, Germany, and so on, but if they want your picture they’ll take it wherever you’ve got it available. You just have to be tough and savvy enough to do that.

Think long-term
People are proud when they’ve done a deal, and we understand that. However, they often don’t know the difference between a good deal and a bad deal. Our objectives are different. Their objective is survival, ours is longevity, profit – and enjoyment. Our job is to protect and nurture them so that they want to come back for more.

See if Creative Den can help
Creative Den is not a purely financial opportunity. We’re a financial, production, distribution and sales opportunity, because we offer help in all those areas to people with projects that we think are valid.

Once the ball is rolling we’ll morph into a mini-studio, whether we want to or not. We’re already being approached by big organisations, informing them what’s up-and-coming. This puts us in a position in some aspects to be a supplier rather than a producer – and a supplier has a lot more sway than a producer. 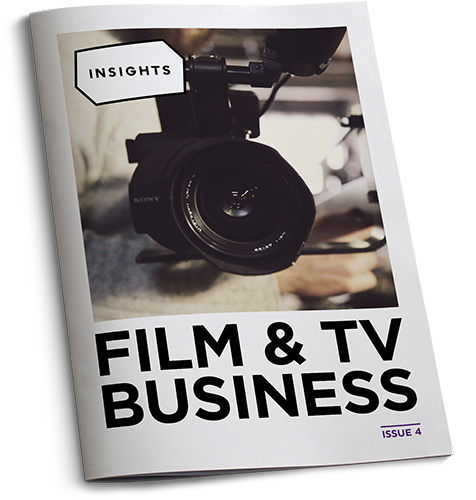 Starting out as Assistant Director on The Avengers in the 1960s, Tony Klinger has lectured on industry topics and headed media companies in both the UK and US. He is the patron of the UK Film School, a Trustee of Reelscape Community and a Member of the NEL Creative and Cultural Strategy Board. He co-founded Creative Den to help provide investment to promising creative projects.