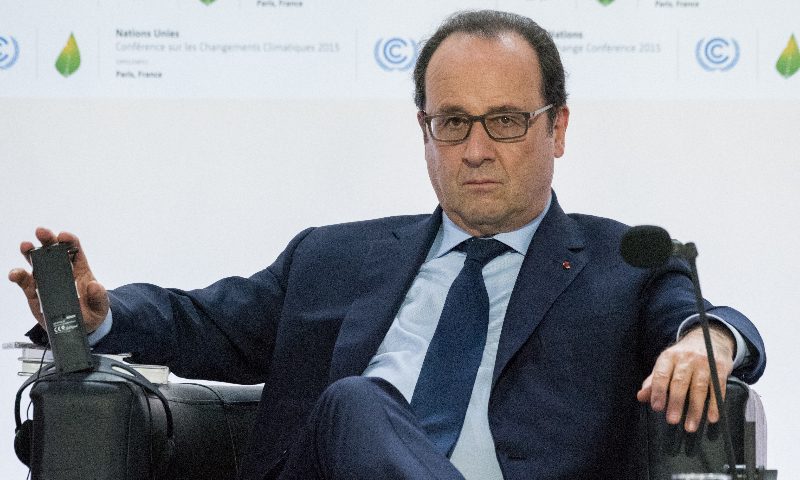 Eurostar services were among the businesses hit by a day of strikes and protests in France against plans to free up labour laws and limit compensation to employees exceeding the 35 hour week.

President Hollande, with the support of Prime Minister Manuel Valls, is trying to bring in a bill that will include provisions to lower the overtime payments to staff working over 35 hours, and allow companies to lay off staff more easily. The move is opposed by unions and student groups, with strikes and demonstrations in Paris.

The 35-hour week law, loi Aubrey, as it is known after the French socialist minister who brought it in in 2000, holds that employees must agree to any hours over 35 and must be paid between 10 and 50% per hour more for those extra hours. It is enshrined in a “Labour Code” that is nearly 4,000 pages long and has been widely blamed for limiting France’s economic growth.

The new plans would retain the 35 hours basic, but allow employers and employees to agree longer hours at regular rates of pay for short periods or under certain circumstances, such as if facing financial difficulties or for specific business expansion plans. Staff could be asked to work at regular rates for up to 46 hours for a maximum of 16 weeks.

Other draft measures include capping compensation to employees for unfair dismissal and allowing staff to have referendums to bypass the unions. Francois Hollande is said to be trying to emulate Germany’s Gerhard Schröder, who faced down left-wing opposition to reform in 2004 and reinvigorated the German economy.

Opposing the measure are several former ministers who have fallen out with Hollande, trade unions and students. Similar attempts in 2006 and 2014 were abandoned after demonstrations and strikes, and already the French rail unions have responded with a 36-hour strike that has closed Eurostar services today.

Les 35 heures are often cited as emblematic of France’s economic malaise, including by British Chancellor George Osborne. Official British figures, however, show that French workers are 27% more productive per hour than British workers. The latest OECD economic forecast for France is a gradually rise in GDP growth from 1.3% in 2016 to 1.7% in 2017. The OECD said: “Low energy prices, strengthening external demand and pro-competitive reforms are expected to underpin an increase in consumption and export volumes. However, declining house prices and weak business confidence are continuing to weigh on investment, and unemployment will decline only slightly.”

When introduced, the 35-hour law was intended to create two million new jobs as average hours were decreased. Official figures credited the law with creating a relatively modest 350,000 jobs and it, along with other restrictive labour laws, is frequently blamed for France’s unemployment rate of more than 10%.

Indeed the widely perceived negative attitude in France to business and entrepreneurship has helped
encourage up to 400,000 French people who moved to London between 2009 and 2014 when the GBP-EUR exchange rate was closer to €1.15. With Hollande facing an election in 2017 that he looks likely to lose, and the GBP-EUR exchange rate less favourable to French workers now, even if Britain opts to stay within the EU many of those workers may be looking to return home.